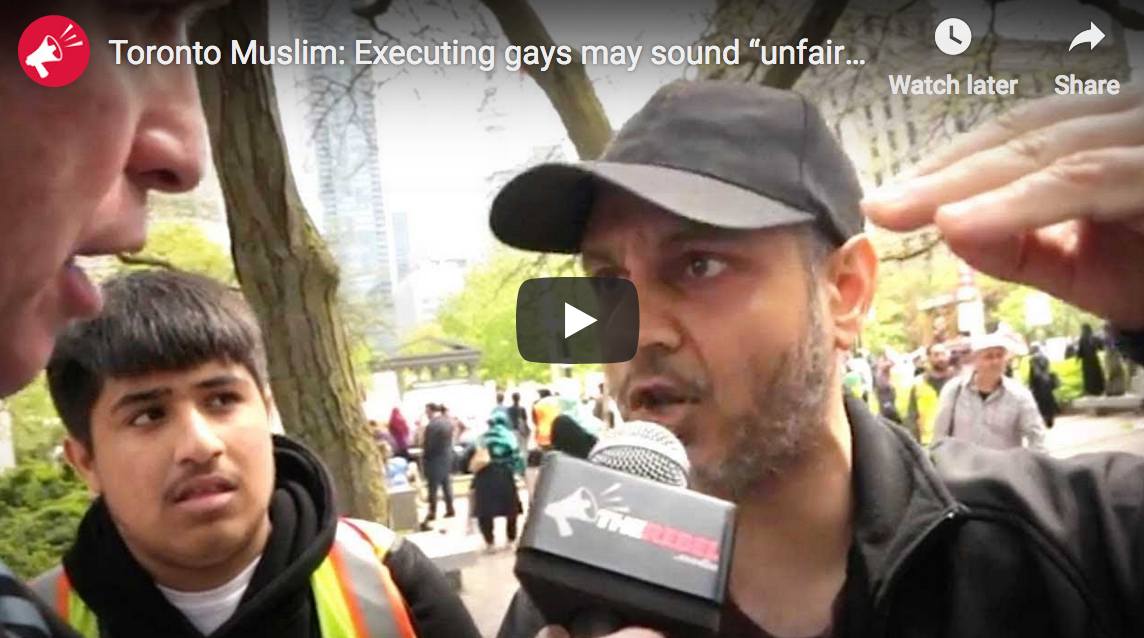 The honesty was refreshing albeit highly disturbing: A Muslim Al Quds Day protester in Toronto on June 1 advocates that Canada should be ruled by Sharia law.

And that would mean, of course, executing gays.

Apparently, he didn’t get Trudeau’s “diversity is our strength” memo.

This interview took place during Al Quds Day in Toronto, while is a yearly rally held around the world pushing the belief that Jerusalem belongs to Islam, not the Israelis. And with that belief comes people like our Muslim friend here advocating for replacing Canada’s legal system as well as violent antisemitism.

He also confessed to me that he intentionally didn’t say the Oath of Citizenship properly when he became a Canadian citizen. Oh, and there’s a LOT more — we had a long conversation.