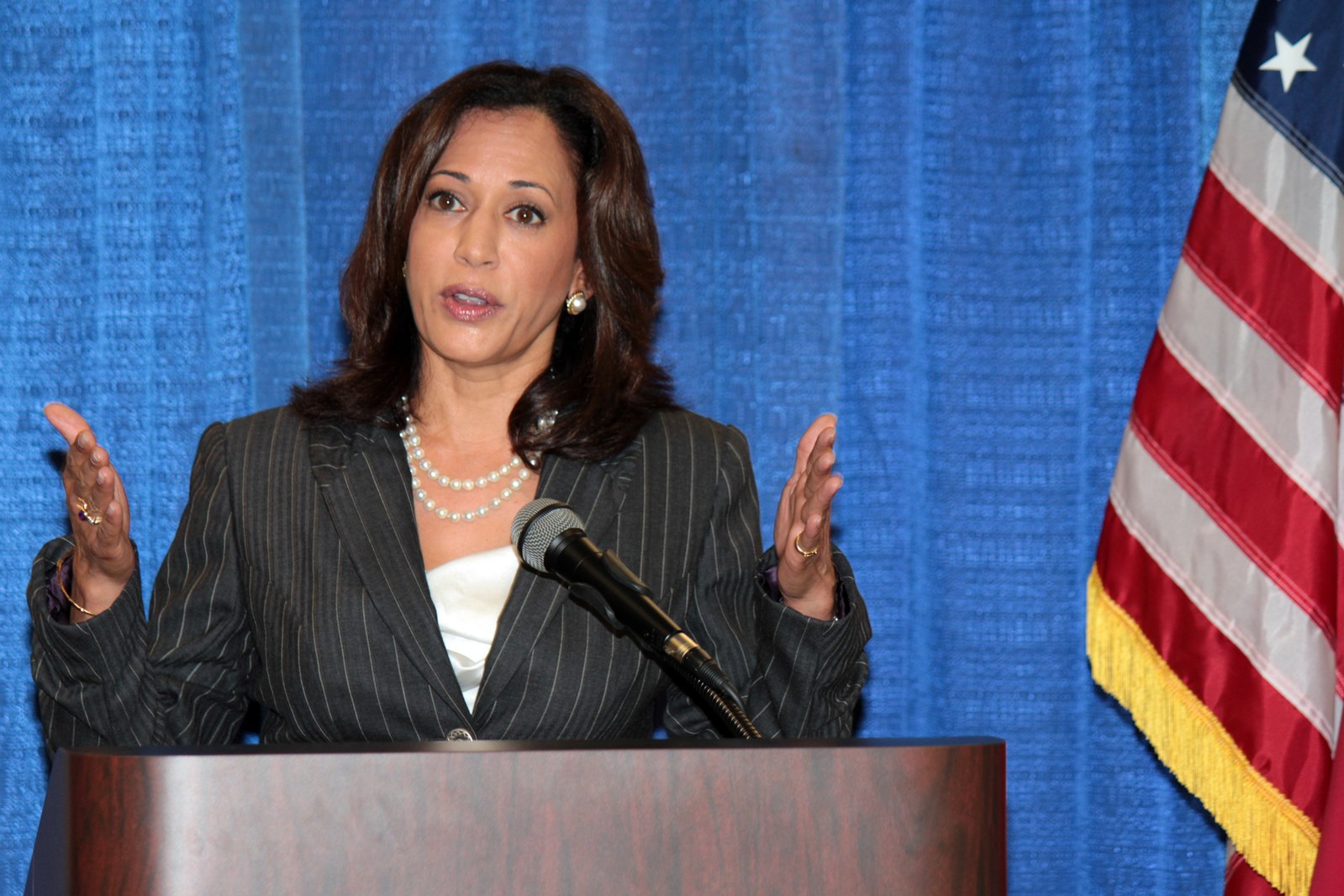 A California Democrat and presidential hopeful, Kamala Harris is vowing to change the federal guns law by “presidential fiat” if Congress won’t trample all over your rights. The authoritarian senator claims she could impose “near-universal background checks” and close the “boyfriend loophole” without new legislation.

If Congress does not change the law, in other words, Harris will, although that is not part of the president’s constitutional job description, according to report by Reason.  It should be abundantly clear by now that Democrats and even some Republicans are coming for your basic human right to self-defense. Don’t believe any politician who says they aren’t coming for your guns. They are.

Self-Defense Is A Basic Human Right: A Website That ENDS The Gun Control Debate For Good

The California senator’s campaign website promises that “if Congress fails to send comprehensive gun safety legislation to Harris’ desk within her first 100 days as president—including universal background checks, an assault weapons ban, and the repeal of the NRA’s corporate gun manufacturer and dealer immunity bill—she will take executive action to keep our kids and communities safe.” Harris does not claim that as president she could unilaterally ban “assault weapons” or repeal the Protection of Lawful Commerce in Arms Act. But she does claim she could change the law in two other significant ways. –Reason

Harris is under the impression that the president can “mandate near-universal background checks by requiring anyone who sells five or more guns per year to run a background check on all gun sales.” Since federally licensed dealers are the only ones currently legally required to run background checks, such a rule would require dramatically expanding that category.

But that’s incredibly unnecessary considering private gun sellers have embarrassed Democrats in the past by going above and beyond the federal government in most case when comes to the buying of guns and who they will sell to.

The problem for Harris, however, is that federal law defines a gun dealer as someone who is “engaged in the business of selling firearms,” which in turn is defined as a “devot[ing] time, attention, and labor to dealing in firearms as a regular course of trade or business with the principal objective of livelihood and profit through the repetitive purchase and resale of firearms.” The statutory definition explicitly excludes “a person who makes occasional sales, exchanges, or purchases of firearms for the enhancement of a personal collection or for a hobby, or who sells all or part of his personal collection of firearms.” Under Kamala’s plan, which she discussedon CNN, a hobbyist or collector who sold more than four guns in a single year would be required to obtain a federal license and conduct background checks, which is plainly inconsistent with current law. And as president, Harris cannot change the law.

As for the “boyfriend loophole” Harris complains about? The tyrant plans to “close the ‘boyfriend loophole’ to prevent dating partners convicted of domestic violence from purchasing guns.” Under current law, people convicted of misdemeanors involving “domestic violence” are barred from possessing firearms. But crimes against dating partners count as “domestic violence” only if the perpetrator has lived with the victim or produced a child with him or her. The House version of the bill reauthorizing the Violence Against Women Act would eliminate those requirements. Harris seems to think she can accomplish the same thing without new congressional action. Congress has defined “misdemeanor crime of domestic violence,” and only Congress can change the definition.

Basically, what all democrats are saying anymore, is that if they can’t talk a handful of congresspeople into destroying your basic human rights, she’ll make sure to she takes care of it.