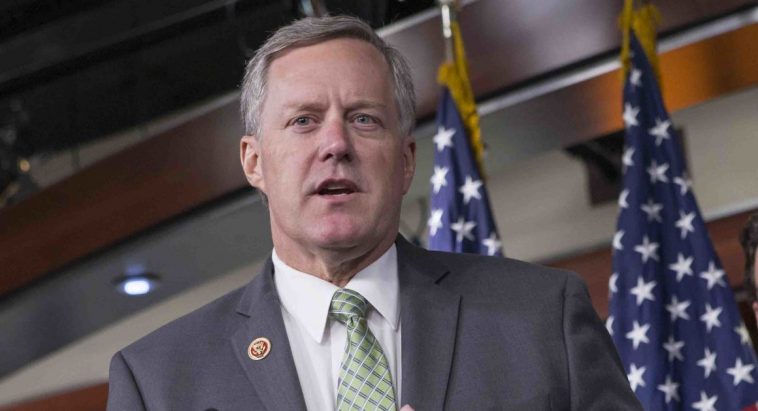 North Carolina Rep. Mark Meadows said Friday night that the FBI knew within 60 days of opening the Trump-Russia probe that the investigation was “built on a foundation of sand.”

“Within 60 days of them opening the investigation, prior to [Robert] Mueller coming on, the FBI and the [Department of Justice] knew that Christopher Steele was not credible, the dossier was not true, George Papadopoulos was innocent,” Meadows said on Fox News’s “Hannity.”

“When you look at that foundation, it’s all built on a foundation of sand. That’s going to start to show up soon,” the Republican said.

Meadows, a close ally of President Donald Trump, did not say why he believes the FBI knew within two months that the investigation was on shaky ground.

The bureau opened its investigation of the Trump campaign on July 31, 2016, after receiving a tip about Papadopoulos from the Australian government. Within those two months, the FBI team leading the investigation received information from Steele’s dossier. The FBI also dispatched a longtime FBI informant, Stefan Halper, to meet with Papadopoulos.

The pair met in London in mid-September 2016 after Halper offered Papadopoulos $3,000 to write a policy paper. Halper, a former Cambridge professor, was accompanied by a woman he claimed was his assistant, Azra Turk. She is reportedly a government investigator.

Meadows in the past has suggested the FBI had exculpatory information on Papadopoulos that showed the Trump aide was not working with Russia.

The Justice Department’s Office of the Inspector General is investigating the FBI’s handling of information provided by Steele, a former British spy who investigated Trump on behalf of the Clinton campaign and Russian government.

The bureau relied on Steele’s dossier to obtain surveillance warrants against Carter Page, a former Trump campaign adviser. The first warrant was granted on Oct. 21, 2016, nearly three months after the Trump-Russia probe was opened.

Meadows says the FBI knew that Steele’s dossier was not credible early on in its relationship with the former spy. His dossier has been all but debunked by the special counsel’s report, which said that prosecutors could not establish that the Trump campaign conspired with the Russian government to influence the 2016 election.

The dossier claimed that there was a “well-developed conspiracy of co-operation” between the Trump team and Kremlin. The dossier also said that former Trump lawyer Michael Cohen visited Prague in August 2016 as part of the conspiracy. Cohen has maintained even as he was cooperating with the special counsel that the dossier’s claims about him are false. The special counsel’s report also said that Cohen did not visit Prague.

Chuck Ross is a contributor to The Schpiel.