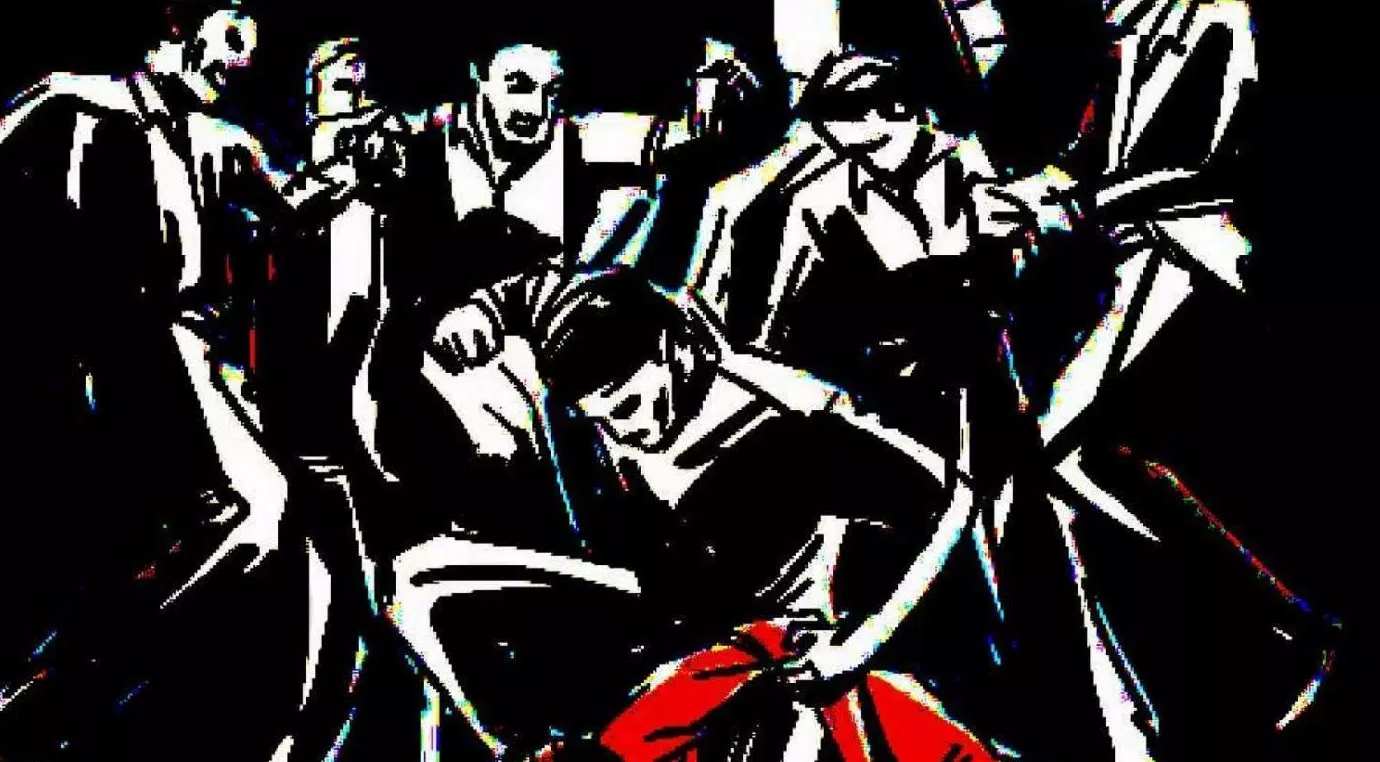 They had to wait in line for gas. Instead of getting to the gas station earlier, the religion of peaceniks beat the living daylights out of the attendants. The perceived insult, that they wait on line like everyone else, is an act of aggression according to their supremacist doctrine – they call their savagery defensive warfare.”

MUSLIM MOB VANDALISES PETROL PUMP, BEAT UP STAFFERS BECAUSE SOME WERE GETTING LATE FOR NAMAZ AND DIDN’T WANT TO WAIT IN QUEUE

Two bike-borne men who had assaulted the petrol pump staff for asking them to get back in the queue allegedly summoned several of their friends and went on thrash the staff, vandalise the premises and also looted Rs 35,000 in cash.

A mob of men including Zahid, Javed, Firoz, Siraj and Abdul attacked the staff members of a petrol pump in Malad, vandalised the premises and have looted approximately Rs 35,000 in cash.

An FIR has been lodged against a mob for ransacking a petrol pump in the Malad suburban area of Mumbai and mercilessly beating up the staffers there, says a Time of India report. The police have arrested five men, Zahid, Javed, Siraj, Firoz and Abdul in connection with the incident. The police are on a lookout for others accused of indulging in vandalism at the petrol pump. The incident happened on the Sachadeva HP petrol pump on the SV road in Malad.

The pump staffer Ashish Yadav had reportedly asked the bike-borne men who had flouted the queue to get back in the queue and wait for their turn. This didn’t sit well with the pillion rider leading to a row. The pillion rider slapped Yadav for the perceived affront. The other senior pump staffers Ravishankar Pandey and Shubham Singh proceeded to broker peace between the two parties but the pillion rider kicked Singh as well.

When OpIndia contacted Malad Police, they corroborated the TOI report and added that the two bike-borne men were getting late to offer their namaz. It is for this reason that they jumped the queue leading to a spat with the petrol pump staff. They subsequently summoned a group of 15-20 men and thrashed the petrol pump staffers there.

The FIR says that as the two bike riders were about to leave the pump premises after their scuffle with the staffers, the pillion rider made a phone call and said, “There’s a fight here at the petrol pump and we have been assaulted. You guys need to come here and teach these guys a lesson.”

As per the report, a mob of about 20 men allegedly descended at the petrol pump carrying lathis with them. As soon as they arrived, without uttering a single word, they started pummeling the pump staffers with their lathis. They shattered two POS(Point of Sale) devices and a fuel reading meter. One of the staffers, Shrikant Vishwakarma sustained arm and leg fractures. Ashish, Singh and other staffers suffered from multiple injuries to their back, head, arm, leg and face. Some of the accused had donned masks to conceal their identity.

Based on the eye witness account and CCTV footage, police have registered a case of assault and rioting against the 5 accused and other unknown men involved. When the petrol pump went through its cash counter, it realised Rs 35000 were missing. Then the police added the charge of dacoity as well in the FIR. The five arrested men were brought before the Borivali magistrate which has sent them to police remand till June 10. Police have said that they have retrieved the motorcycle and lathis used in the attack.