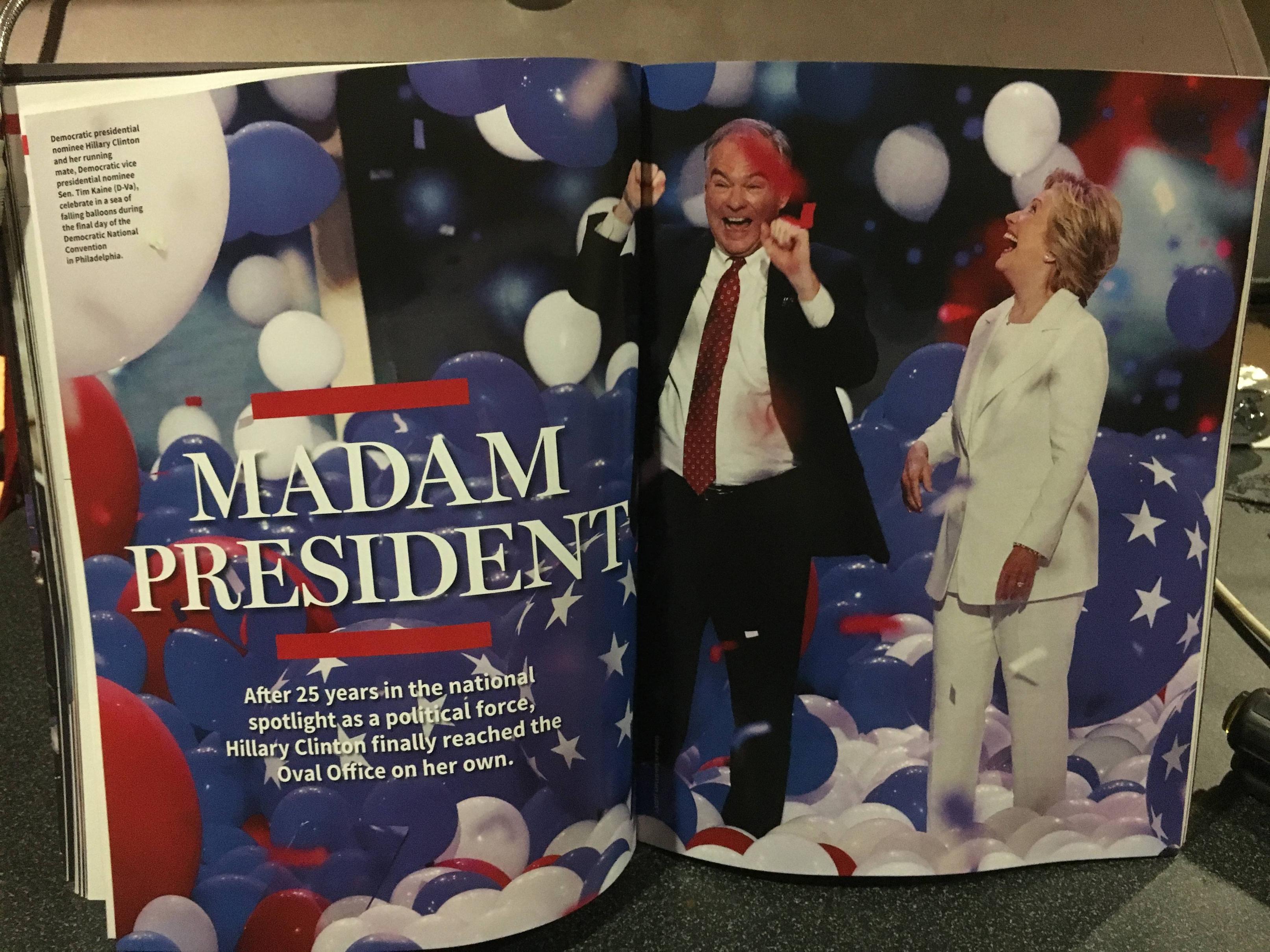 The powers that be, Deep State, establishment, or whatever you want to call them have a plan and it’s not one that will make most Americans happy.

Accoring to Gallup, conservatives still outnumber liberals by a healthy margin, although that margin has dwindled:

If we still outnumber liberals by double digits, how did we lose the House in 2018?

Laziness and complacency were a big part of it.

We must always assume that the liberals will cheat to win, because they often (if not always) do.

Let’s look at the facts.

I am not certain we can trust any of these poll numbers anymore (remember Trump in 2016), because on the eve of the 2016 elections pretty much everyone was predicting a Hillary victory.

Newsweek went so far as to pre-print “Madam President” magazines.

What a perfect example of “fake news.”

Every lying media narrative wrapped in a bow before the outcome had even been determined.

Supposedly Newsweek was hedging their bets and had printed more of these than the similar Trump edition, but the point is that the establishment thought they had it sewn up.

Newsweek licensee Topix Media, who created the magazine, said 125,000 copies with Hillary Clinton on the cover were printed and shipped, though only 17 were actually sold.

125,000 printed magazines is a pretty large bet on the establishment candidate.

This is America folks. With social media clearly against us now (they always were but don’t even try to hide it anymore), we must find ways to get the word out without them.

Almost none of the important media channels are on our side, and if we lose in 2020 America will be changed forever.

I don’t have any magic bullets. I’m sorry because I wish I did. Certainly we need to spend less time on Facebook and Twitter and look at the growing list of alternatives.

We have to find ways to get the truth out. Newsguard is blocking us online when the social networks do not. And most people don’t dig as deeply into things as you and I. If Newsguard says it’s fake news, they will tend to believe it.

Most people do not understand how dirty politics really are.

They don’t understand that dead people tend to rise from their graves to vote Democrat. Seriously.

Its governor is a Democrat and rabid Clinton supporter, Terry McAuliffe.

Victor Skinner reports for EAGNews.org that on Aug. 8, 2017, a James Madison University student, Andrew Spieles, 21, received a 100-day prison sentence in federal court, after he pleaded guilty to registering dead voters for the Democratic Party during the 2016 election.

While working for the Democratic campaign during the voter registration drive, Spieles falsified at least 18 Virginia Voter Registration Forms that were submitted to the registrar’s office in Harrisonburg last August, WSET reports.

That is just one small voter fraud example of dozens that became public after 2016 elections. Here’s another…

Two weeks ago, J. Christian Adams dropped a bombshell on FOX and Friends.

He claims that there are 4 million dead people on the U.S. voter rolls.

Adams, who was the Voting Section Attorney at the US Department of Justice, filed six suits in the past year against Philadelphia and Broward County, Florida where the voter rolls are corrupted.

Adams said he had one case in Texas where the person died in 1944.

Far left groups continually sue to keep the voter rolls the way they are. The Obama administration has no desire to clean up these voter rolls.

Think about the scams that never come to light. I am sure it is worse than we know.

The bottom line is that Democrats will cheat and their supporters don’t care. They believe the ends justify the means.

Liberals believe the same thing about free speech. Free speech should only be protected if they agree with what is being said. That is truly what they claim to believe.

If you think Fox News and Breitbart can win 2020 for us, think again. The people must do it just like they did in 2016, regardless of the road blocks ahead of us.

2018 was a failure for America. How do we lose elections EVER when Republicans still outnumber Democrats in America? Simple answer… Democrats cheat to win and they will cheat AGAIN in 2020.

If the Democrats take all 3 branches, America may be lost. We must find a way to fight back. We have to do whatever it takes to win, without cheating.

Conservatives must fight harder than ever before to win in 2020 and that fight needs to start now.

We must take back the House, extend our margin in the Senate, and keep Trump in the White House.

If we, by chance, lose all 3 branches then America as we know it may be lost forever. 2020 is that important. Today’s liberals want more than victory, they want to imprison anyone who opposes them.

If we don’t pull this off, many of us could literally go to prison. If you don’t understand that this is real, then you simply haven’t been listening to what the Dems have been saying lately.

I will fight to avoid that. What about you?