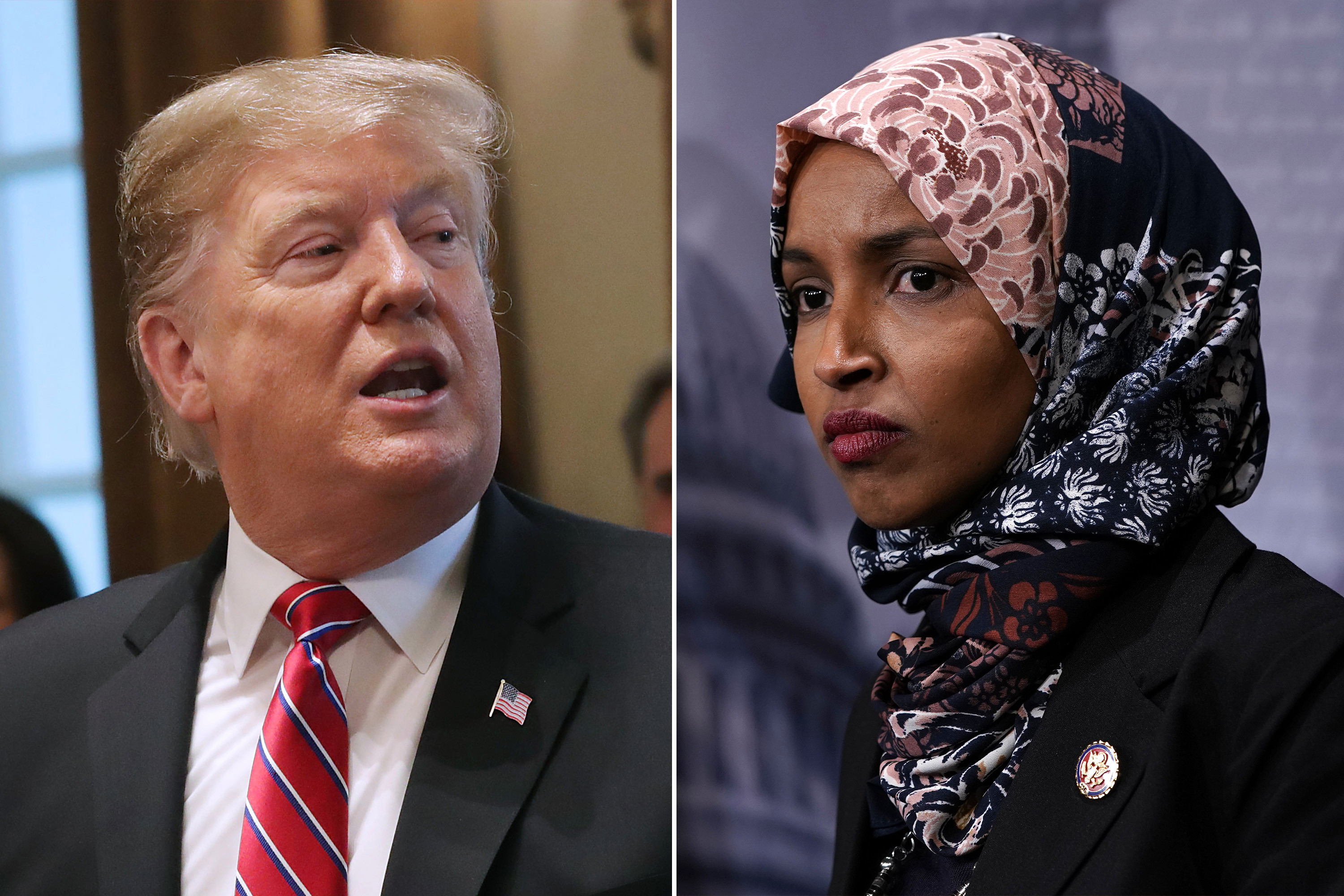 In May Ilhan Omar was posing as a constitutional scholar and citing statutes that do not exist.

She implied that President Trump must turn over his tax returns, because the law requires it.

Now she’s demanding that President Trump be held to a law that doesn’t exist.

It’s the latest front in the Democrats’ war on the Republican president following their now debunked Russia collusion claims.

Democrats in Congress now are targeting Trump’s family, and his private and personal interests before he became president.

Congress, for example is demanding copies of Trump’s tax returns, including those of his businesses before he was elected.

The president has rejected the demands.

Maybe Trump’s pride is getting in the way of his non-release, but what’s Omar’s excuse?

From a woman who married her brother and has some obvious fraudulent filing issues, I suppose going on offense is the best she can muster.

She surely can’t defend her own case, so she is simply ignoring it.

The Associated Press (AP) has confirmed that Rep. Ilhan Omar (D-MN) filed a joint tax return with one man while being legally married to another — and adds that she has ignored requests to release her tax returns.

Omar has joined Democrats in demanding that President Donald Trump release his tax returns, even claiming — oddly — that he had to do so because it was “required by law”:

Imagine if we were able to see Trump’s most recent tax returns — as required by law. https://t.co/RhFz1GXd4o

The AP story repeats what Breitbart News reported last Thursday — namely, that “Rep. Ilhan Omar (D-MN) was found by the Minnesota Campaign Finance and Public Disclosure Board … to have committed several campaign finance violations.” The violations had to do with her campaign paying legal expenses related to her personal tax returns, and also reimbursing her for out-of-state travel that was found to be unrelated to her state legislative duties.

The board’s report also noted that Omar and Ahmed Hirsi, her current husband, “filed joint tax returns for 2014 and 2015.” That could add fuel to persistent allegations that Omar had been married to two men at the same time — one of whom, Ahmed Nur Said Elmi, City Journal noted in 2016, was rumored (though never proven) to be her brother.

The AP reports that it asked for Omar’s tax returns but received no response.

Maybe Trump should release his returns and maybe he shouldn’t, but the conservatives of America are waiting for him to say just two simple words: