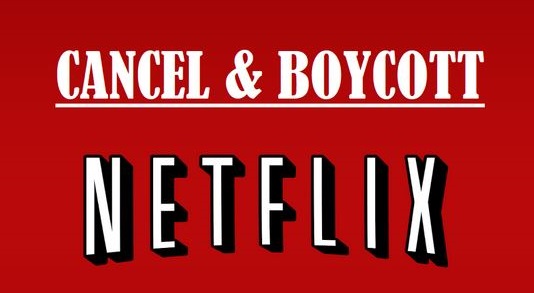 If you need another reason to dump Netflix, here’s the latest.

Suicide is the third leading cause of death among young people between the ages of 10 and 24, according to the CDC. Studies show that publicized suicides do trigger a ripple effect of additional suicides within communities.

“13 Reasons Why” is a Netflix TV series, executive-produced by Selena Gomez, based on a novel by Jay Asher, 43, a writer of contemporary novels for teens, about 17 year-old Hannah Baker, who killed herself. Before she committed suicide, she made 13 cassette tapes, addressed to 13 persons at her school, detailing how and why they contributed to her desire to take her own life. The TV show also graphically depicts Baker’s suicide in a scene in which she slits her wrists and lets her blood spill into her bathtub at home.

Note: In 2017, the Society of Children’s Book Writers and Illustrators (SCBWI) expelled Asher for sexual harassment.SCBWI executive director Lin Oliver wrote in an email to The Guardian:

Both Jay Asher and [prize-winning illustrator ] David Diaz were found to have violated the SCBWI code of conduct in regard to harassment. Claims against them were investigated and, as a result, they are no longer members and neither will be appearing at any SCBWI events in the future. Both have been expelled from the SCBWI and are not welcome as members, faculty or speakers.

Now, a study has confirmed that the Netflix show indeed triggers teen suicides.

The Catholic News Agency reports, June 7, 2019, that a new study, published in the Journal of the American Academy of Child and Adolescent Psychiatry, found a 28.9% increase in suicide rates in U.S. boys ages 10-17 in the month (April 2017) following the debut of “13 Reasons Why”. Increases in suicide rates among youth were also found in the month leading up to the show’s release, and through December 2017, nine months after its release.

The study was conducted by multiple researchers from several different universities, hospitals, and the National Institute of Mental Health (NIMH), which funded the study. For the study, researchers analyzed death rates due to suicide based on data from the Centers for Disease Control and Prevention’s web-based Wide-ranging Online Data for Epidemiologic Research.

In a press release on the study, the National Institute of Mental Health (NIMH) said:

The number of deaths by suicide recorded in April 2017 was greater than the number seen in any single month during the five-year period examined by the researchers. The findings highlight the necessity of using best practices when portraying suicide in popular entertainment and in the media.

One of the study’s authors, NIMH clinical scientist Lisa Horowitz, Ph.D., M.P.H., said: “The results of this study should raise awareness that young people are particularly vulnerable to the media. All disciplines, including the media, need to take good care to be constructive and thoughtful about topics that intersect with public health crises.”

In the press release for the NIMH study, the authors concluded that the findings “should serve as a reminder to be mindful of the possible unintended impacts of the portrayal of suicide, and as a call to the entertainment industry and the media to use best practices when engaging with this topic.”