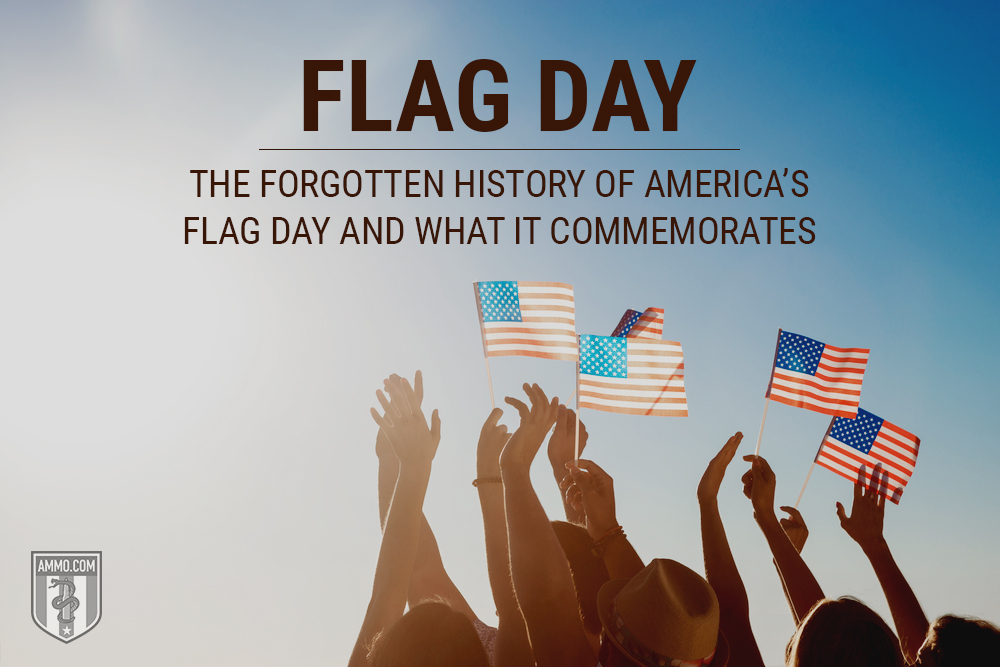 Flag Day was once called the “runty stepchild among American national holidays” by the New York Times. While it may not be the grandest of our country’s celebrations, it’s impossible to talk about Flag Day without briefly discussing why Old Glory was originally created, and what it means today. We may know the flag as a strong symbol of patriotism, but at the time of the American Revolution, it had a much more pragmatic purpose: It existed to distinguish the American military forces from the British.

It wasn’t really until the Civil War that the American flag became a widespread symbol of American patriotism. Indeed, the first proposal for a day designated as “Flag Day” was in 1861, a mere two months after the Battle of Fort Sumter. Charles Dudley Warner was a Hartford newspaper editor who suggested the observance, which occurred in Hartford that year. However, Flag Day did not catch on and wasn’t even repeated traditionally in the City of Hartford.

The second recorded attempt at making Flag Day an annual celebration occurred over 20 years later in 1885. This first “official” observance of modern Flag Day was initiated by schoolteacher Bernard J. Cigrand at the Stony Hill School in Waubeka, Wisconsin. Cigrand sought to promote patriotism and a respect for the American flag. He was the first person to choose June 14th, the day that the original Betsy Ross flag was adopted as the official flag of the United States. This school has since been restored as a museum. A bust of Cigrand sits there today.

Cigrand was an evangelist for the establishment of a Flag Day, and of American nationalism and patriotism in general. He toured the country agitating in favor of the establishment of a national day honoring the American flag. After an 1888 speech to a group called the Sons of America, the organization founded a magazine called American Standard, which promoted reverence for symbols of the United States. Cigrand was made editor-in-chief of this magazine. The culmination of his efforts was the 1894 celebration, which included over 300,000 schoolchildren. 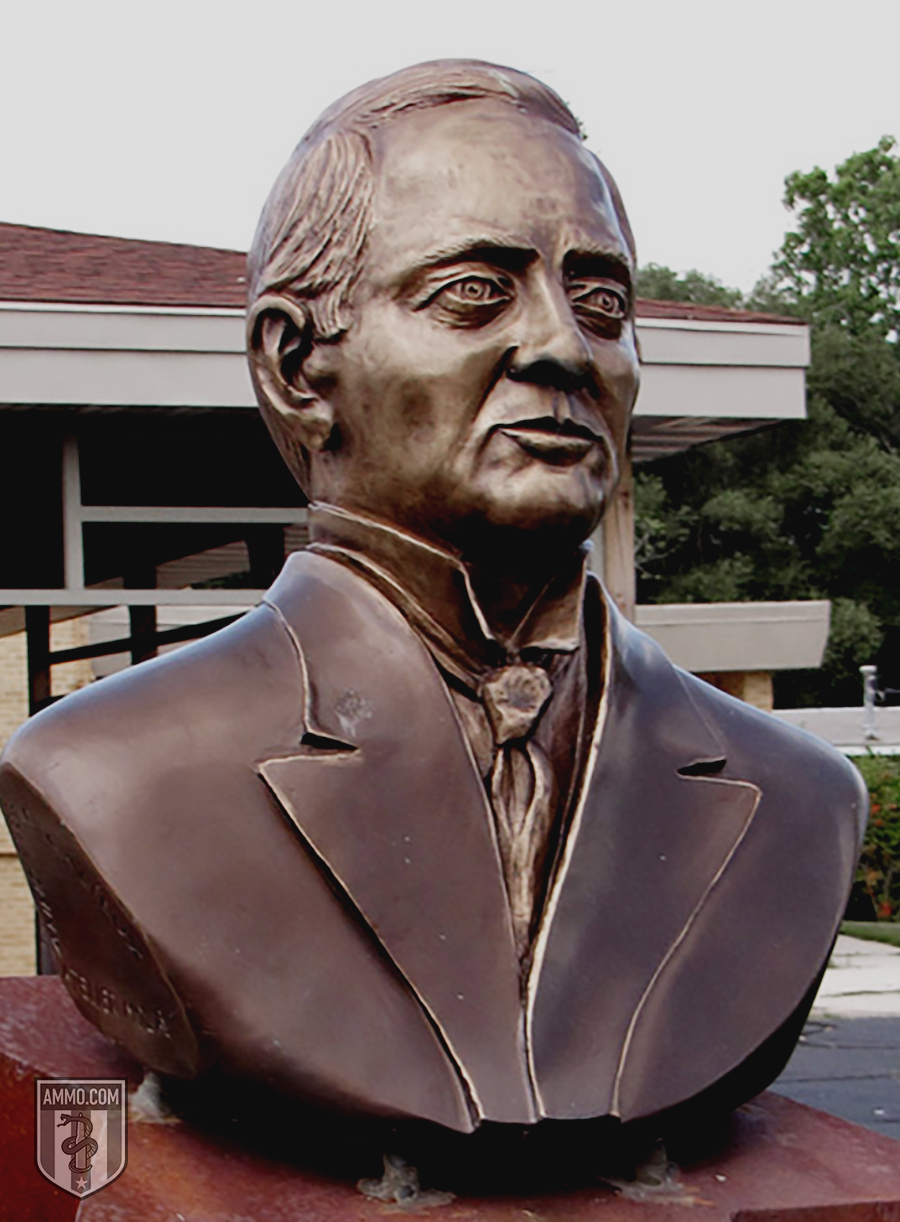 Cigrand is considered to be the father of Flag Day by historians. The Chicago Tribune stated that he is virtually single-handedly responsible for the holiday. He later founded the American Flag Day Association as well as the National Flag Day Society. According to Cigrand’s own count, he gave 2,188 speeches in favor of establishing a national observance of Flag Day.

There are three other minor figures who carried the torch after Cigrand. William T. Kerr founded the American Flag Day Association of Western Pennsylvania, and later became the president of the American Flag Day Association. He was present when President Harry S. Truman signed the Congressional authorization for an official Flag Day. George Bolch, who operated a free kindergarten, was a proponent of both a Revolution Day and a Flag Day. Finally Elizabeth Duane Gillespie, a descendant of Benjamin Franklin, lobbied to mandate the displaying of the American flag throughout the state. As part of her efforts, Pennsylvania was the first state to establish Flag Day as a state observance in 1937, when it became a legal holiday.

In 1907, the movement for Flag Day picked up what was perhaps its most important champion: The Benevolent and Protective Order of Elks. They started celebrating the holiday early on and allegiance to the American flag is a requirement of all members. It was in 1907 that the organization passed a resolution in favor of a nationally observed Flag Day. In 1911, the national organization mandated that every local lodge observe the day on June 14th. President Woodrow Wilson recognized the group for its patriotism in both promoting and observing the holiday.

Both President Woodrow Wilson (in 1916) and President Calvin Coolidge (in 1927) issued proclamations in support of Flag Day. However, it wasn’t until 1949 that Congress approved an official observation. This was then signed into law by President Harry S. Truman. To this day, Pennsylvania is the only state to recognize Flag Day as an official, legal holiday.

In 1913, the city of Patterson, NJ, declared March 17th to be Flag Day in a somewhat bizarre act of spite against Industrial Workers of the Worldleader “Big” Bill Haywood. Haywood declared that one day all the flags of the world would be red. This was in the middle of a big textile strike that rocked the city’s silk production. City leaders opposed to the strike declared that May 17th would be Flag Day and requested that all textile companies fly the stars and stripes in response to Haywood’s comments. The move largely backfired, with textile workers carrying banners reading:

It’s a little-known, but not terribly surprising, historical fact that President Franklin Delano Roosevelt sought to rebrand Flag Day as United Flag Day, or United Nations Day, during the Second World War. This got little traction outside of New York City, where the day was celebrated between 1942 and 1944.

In 2017, President Donald Trump – who was born on Flag Day – proclaimed the entire week of Flag Day to be Flag Week. Private citizens are encouraged to fly the flag during this week, as are all government buildings. Some towns, such as Dedham, Massachusetts, have flag processions during the week. Philadelphia has its own observance at the Betsy Ross House, while in Maryland the center of Flag Day celebrations is the Star-Spangled Banner House in Baltimore.

While it might not have the cache of Independence Day or Memorial Day, the two patriotic holidays it falls between, Flag Day has a rich heritage. If nothing else, it’s a good excuse to fly the flag with a little extra pride.