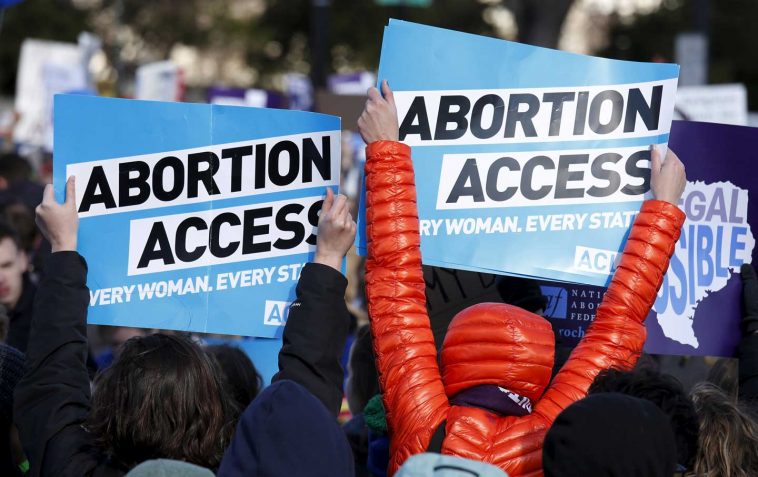 The mainstream Democrat position on abortion has devolved in just two decades from “Safe, legal, and rare” to “Yee-haw!”

Former Vice President Joseph Biden’s recent gyrations on the Hyde Amendment confirm how deeply even a shopworn politician like him must bow to today’s Democrat orthodoxy on abortion. As Biden learned, it’s not enough simply to favor abortion. This epic baby killing now must be financed by federal taxpayers.

The late Congressman Henry Hyde’s legislation had been “a settled amendment” in every federal budget since 1976. The Illinois Republican’s measure prohibited federal taxpayer dollars from financing abortions, except in cases of rape, incest, or life-threatening pregnancies.

Like an Olympic gymnast, Biden flip-flop-flipped on the Hyde Amendment — from supporting it all along, to telling an ACLU volunteer in South Carolina, “It can’t stay” on May 8; to supporting Hyde June 5, and back to opposing it June 6. Wobbles aside, Biden eventually pegged the landing: “I can no longer support an amendment that makes that [abortion] right dependent on someone’s ZIP code.”

Biden finally stands where all Democrat presidential contenders must, to avoid the Donkey Party’s volcanic, socialist rage: Abortion is A-OK until the moment a baby exits the womb, and taxpayers must sponsor it, at least for the poor.

Every American has a Second Amendment right to own a gun, but not everyone can afford one.

Those who seek the persuasiveness of a Glock pistol must pay $600 each. That costs a minimum-wage employee 83 hours of labor (more than two 40-hour weeks). Or she simply could sacrifice 150 McDonald’s Big Macs, 129 Starbucks chai lattes, or 46 plates of fettucine Alfredo at Olive Garden.

And the reassurance of a Ruger AR-556“assault rifle” costs $700. This approximates three weeks’ rent on an average, one-bedroom U.S. apartment.

Nobody should have to choose among firearms, food, or shelter. Likewise, no American’s ability to buy a gun should be dependent on someone’s ZIP code.

So, say it loud, say it proud: Guns for All!

Congress immediately should allocate $563.8 million as an initial act of basic solidarity with the non-arms-owning public. This amount parallels Planned Parenthood’s taxpayer subsidies and reimbursements for its fiscal year 2018.

This private organization has enjoyed federal dollars to fund or offset the cost of the 7.6 million abortions that it has perpetrated between 1973’s Roe v. Wade decision and 2017, Life News reports. Last year, it aborted another 332,757 unborn Americans — the most since 2012. Planned Parenthood Federation of America president Leana Wen, M.D. considers abortion part of “our core mission.” While you spend five minutes reading this op-ed, Planned Parenthood will whack three more babies.

An equivalent $563.8 million federal grant to the National Rifle Association would help this private organization fund or offset the cost of furnishing weapons to low-income Americans who yearn to enjoy their constitutional right to keep and bear arms and invoice taxpayers to exercise that right.

On second thought, let’s try this:

Democrats should keep their sticky fingers off of the Hyde Amendment, and Republicans should ignore Guns for All as an idea whose time has not come. Instead, this simple concept should enjoy bipartisan support: If you want an abortion or a gun, pay for it yourself.

Deroy Murdock is a contributor to The Schpiel.