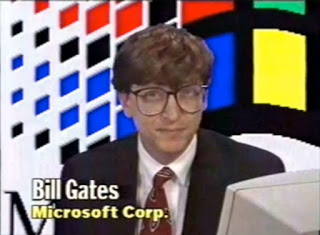 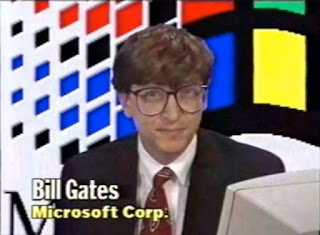 A poor immigrant who studied hard and worked hard might have a shot at the best schools in the
land.

Over a century later, the College Board has announced that the Scholastic Assessment Test will include an adversity score based on zip codes that purports to measure the social environment of the student.

After nearly a century of trying to measure intelligence, instead of class, the SAT will collude in a college admission system where class overwhelms merit to a degree unseen since 18th century Harvard.

The latest assault on standardized testing assumes that the individual student should be defined by the income, education and family averages of his zip code, more than by his actual skills and learning in a complete reversal of the entire purpose of the SAT and the meritocratic work of the College Board.

Ironically, the College Board fell victim to the success of a college dropout from a wealthy family.

William Henry Gates III, more commonly known as Bill Gates, has wielded the Bill and Melinda Gates Foundation as a tool for wrecking education with Common Core and has hijacked the College Board, which began as a conclave of elite college leaders, into pursuing his radical social and political agendas.

The downfall of the College Board began when it picked David Coleman, a Gates alumnus who had played a significant role in writing Common Core standards, as its new president. Coleman, a Rhodes Scholar, the son of a Bennington College president and New School dean, had degrees from Yale, Cambridge and Oxford. By the age of 25, he was working at McKinsey as an educational consultant.

The rest of the story was an escalator ride through the consulting industry that destroyed education.

Coleman’s interviews are littered with claims of wanting to teach in public school, but instead he built a consulting firm that scored contracts with public schools. The consultancy was acquired by the McGraw-Hill behemoth, and Coleman moved on to founding a non-profit, with funding from the Gates Foundation, where he played a key role in creating the Gates-approved Common Core standards.

In 2012, Coleman became the president of the College Board. Even though the professional educational consultant had never actually taught, he had been put in charge of school and then college standards.

A year later, Stefanie Sanford, the Gates Foundation’s policy director, was brought on as the Board’s head of policy, erasing the distinctions between Gates and the College Board, already funded by Gates.

Stefanie’s official mission was pursuing “equity” in education on behalf of minority students.

The collapse of SAT standards began with the official Gates hijacking of the College Board. The new dumbed down test reduced the number of multiple-choice answers, eliminated penalties for guessing, disposed of many vocabulary words, and made the essay portion optional.

And, most importantly, from the Gates Foundation perspective, it integrated with Common Core.

The new SAT rollout had been a disaster, but Coleman ricocheted from one disaster to another. A year later, the College Board wrapped up testing its Overall Disadvantage Level, or the adversity score

The level or score is a bad idea implemented in the most ridiculous way possible.

The adversity score uses high school and zip code information to depict students as advantaged or disadvantaged based on statistical averages. The number of students getting free lunches, literally and perhaps metaphorically, at a high school, tells administrators nothing about this individual student.

Crime rates and housing prices are even more useless, especially in dense urban areas where good and bad neighborhoods can overlap. A white student growing up in a gentrified part of Manhattan or the Bronx could be rated as disadvantaged. Meanwhile a middle-class black student moving into a decent neighborhood would be rated as advantaged. And, worst of all, the ratings are hidden from everyone.

Qualities like adversity are inherently unquantifiable. No test can measure the life you’ve lived or the challenges you have overcome. Instead they measure the skills and discipline you have learned.

We don’t measure people’s achievements by their bios, but by what they can actually do.

Beyond the terrible implementation of a terrible idea, a staple of the educational disasters wrought by Bill Gates, who has done for education what he did for operating systems, and David Coleman, is the larger philosophical problem. And Coleman, who has a degree in ancient philosophy, ought to be able to understand that, even if he doesn’t seem to understand how students learn or how tests operate.

The core criticism of the SAT is that wealthy parents can afford to spend more on test prep.

(Despite the College Board’s supposed hostility to test prep, its leadership is filled with Kaplan vets.)

The SAT isn’t rigged by wealthy white students taking test prep courses. Instead Asian students aggressively compete for a limited number of slots due to discrimination in higher education.

Chinese students are paying as much $60,000 just for a shot at getting into an elite college.

Opponents of standardized testing helped take the test prep industry to a new level when they insisted on making copies of old SAT tests public. Transparency has made it a lot easier to game the system. If lefties are unhappy that Chinese students can get the lay of the land before they fly to Hong Kong to take the SAT, they have Ralph Nader and their own campaigns against standardized testing to blame.

Opponents of standardized testing, teachers’ unions, social justice activists, and Coleman, claim that such tests are unfair because wealthier students have more resources. That’s true. Like democracy, standardized testing is the least fair admissions criteria for higher education, except for all the others.

The alternative to measuring merit through standardized testing is a system of admissions based on class, group and political connections. That’s what the adversity score, like affirmative action, does.

The College Board was meant to open higher education to students based on their level of ability. The Gates/Coleman version of the College Board seeks to dole out admission to the right sorts of people.

That takes the educational system back in time to an era when admission was a test of group membership, and being a member of the right group came with the assumption of qualifications.

If you could trace your family tree back to the right sorts of people, you would succeed.

These days, if you can find a trace of minority status in your family tree, even if it’s as dubious as Senator Elizabeth Warren’s, you will get a leg up in an educational system once again based on group and class.

But the College Board makes $77 million a year, with as much as a billion in assets, and Coleman earns his $900,000 salary, from giving tests.

He, and the College Board, are just bad at it.

Coleman doesn’t want to give tests. In the words of one article, he wants to save the world.

This sense of messianic entitlement infects progressive policymaking so that instead of making the world better by doing their jobs, leftist leaders insist on rigging the outcome to make themselves feel good.

The SAT exists because nearly a century ago, the College Board understood that giving tests was giving opportunity. The attacks on standardized testing is an attempt at deciding who truly deserves them.

A free country can only be maintained as a meritocracy. Anything else lapses into the same game of charitable nobles and hopeless peasants that Coleman and the College Board are playing with the SAT.

Standardized testing brought into being a meritocracy by reaching into decrepit ghettos and impoverished valleys to discover and educate Thomas Jefferson’s “aristocracy of virtue and talent”.

Jefferson opened a door. Bill Gates is welding it shut.