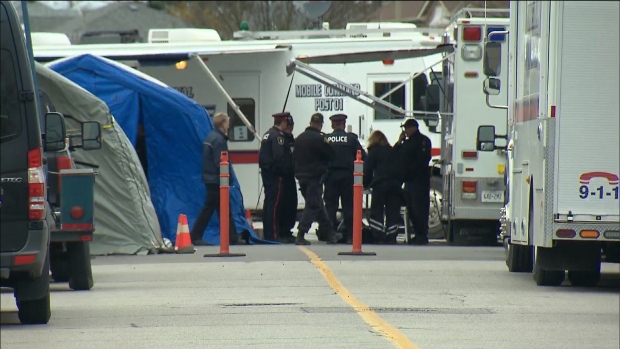 The family that prays together, stays.

York Regional Police made a shocking discovery last week. According to their news release, a father and son from Richmond Hill were arrested and taken into police custody after officers seized explosive materials and a detonator from their home. Police claim that they were made aware of the explosives in the Richmond Hill home thanks to an investigation being carried out by both the U.S. Customs and Border Protection and the Canadian Border Services Agency.

Responding officers acted quickly. They executed a search warrant on the suspect’s home, located in the Larratt Lane area near Canyon Hill and Bathurst Street. Nearby homes were ordered to evacuate as officers carefully removed the explosives and detonator from the house. The investigation was carried out by both York Region officers and members of the OPP.

After the explosives were safely removed, residents were permitted to return to their homes. Despite the search and evacuation happening last Friday, it wasn’t until Monday evening that the two men were finally arrested and charged. Public Safety Minister Ralph Goodale says that there is “no known connection to national security” in regards to the incident.

The two suspects were later identified as 18-year-old Mahyar Mohammadi Asl and 47-year-old Reza Mohammadi Asl, both of whom are scheduled to appear in a Newmarket court today….