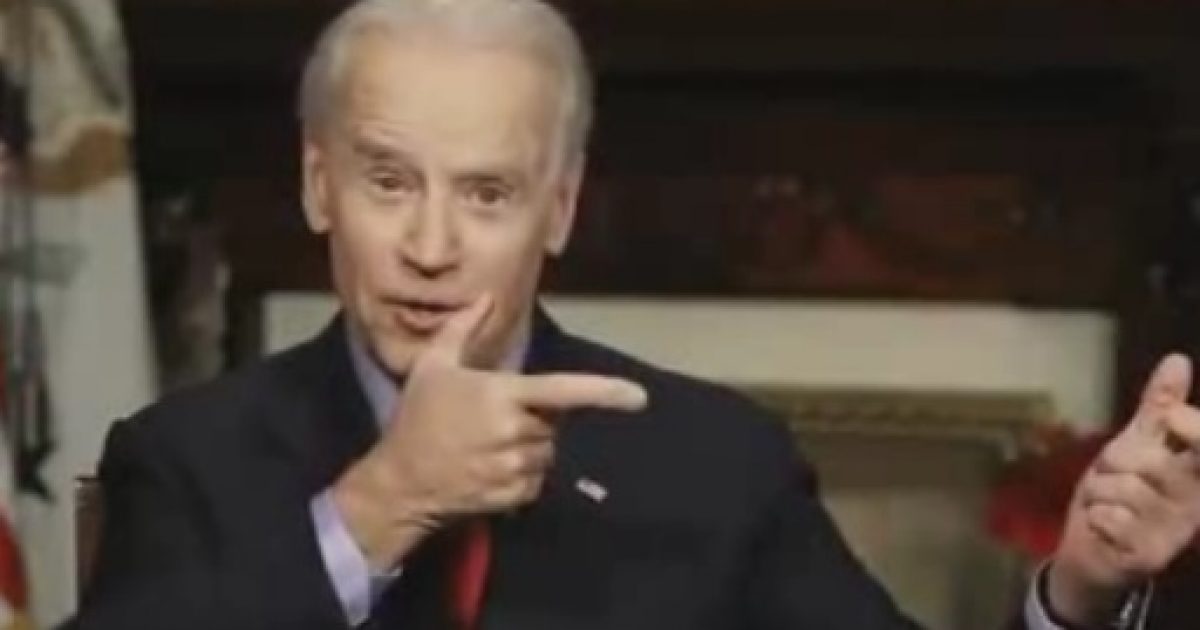 Former Vice President Joe Biden has been giving lip service on the campaign trail to working with Republicans, which in turn has earned him a lot of criticism from the anti-Trump Democratic party faithful.

During today’s so called “Poor People’s Summit” Biden doubled down on his position that Democrats have to work with Republicans, or if that’s not possible then as he put it, start a “real physical revolution.”

MSNBC’s Joy Reid, one of the moderators, told Biden at one point the initiatives he’s proposing would wind up in the Senate, currently run by Republicans. She asked, “How would you get past either a majority-Republican Senate in which Mitch McConnell was determined to kill all of these ideas or even a Mitch McConnell in the minority who repeated the consistent filibustering you had when you were vice president?”

“Joy, I know you’re one of the ones that thinks it’s naive to think we have to work together,” Biden responded. “The fact of the matter is if we can’t get a consensus, nothing happens except the abuse of power by the executive.”

“You have to go out and beat these folks if they don’t agree with you by making your case,” he continued, saying the president should be able to persuade the public.

“If you start off with the notion there’s nothing you can do, well, why don’t you all go home then?” Biden said. “Or let’s start a real physical revolution if you’re talking about it. Because we have to be able to change what we’re doing within our system.”

“You can shame people to do things the right way,” he added.

You can see the video here

Yes Joe, lets have a real physical revolution. Who do you think would win?

Those in America who believe in the Second Amendment and have millions of guns versus those who are unarmed, or even confused as to what gender they are.

Another brilliant idea from Joe Biden.