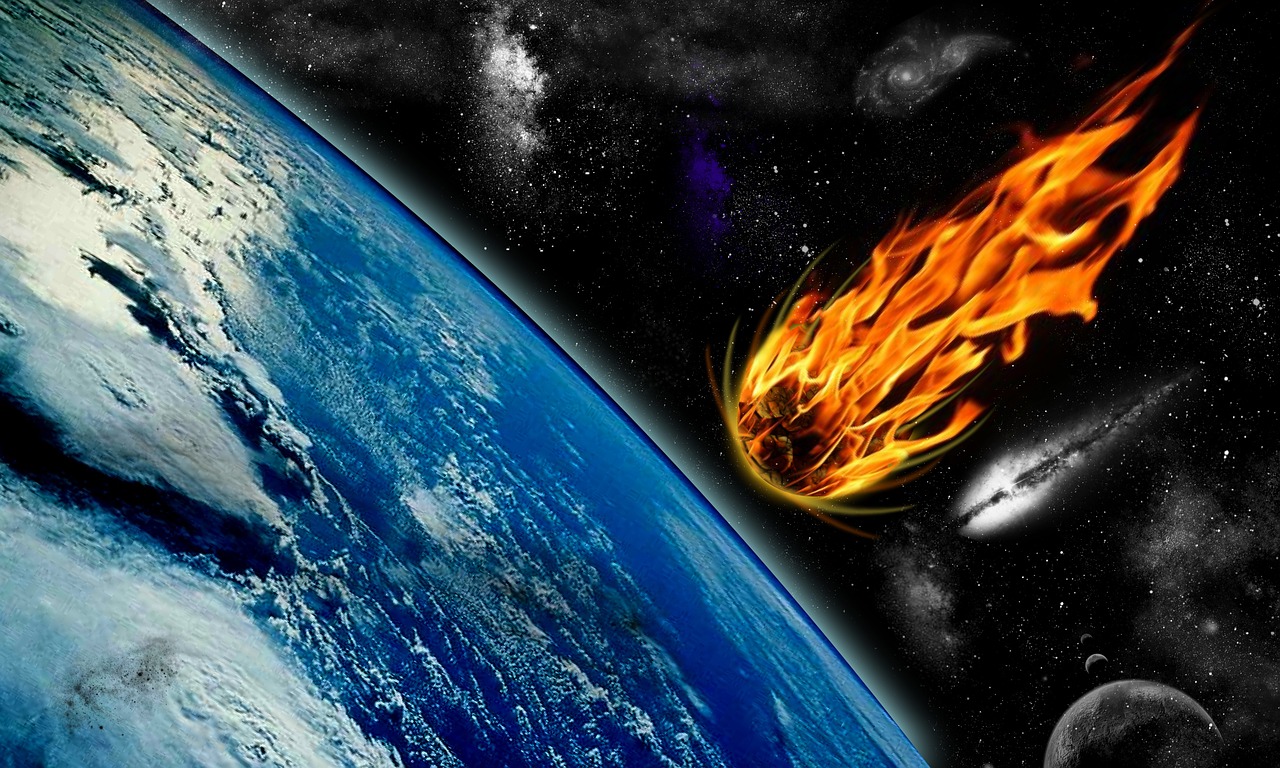 Over the next several weeks, our planet will have a close encounter with the Taurid meteor swarm.  It will be the closest that we have been to the center of the meteor swarm since 1975, and we won’t have an encounter this close again until 2032.  So for astronomers, this is a really big deal.  And hopefully there will be no danger to Earth during this pass, but some scientists are absolutely convinced that the Tunguska explosion of 1908 which flattened 80 million trees in Russia was caused by an object from the Taurid meteor swarm.  As you will see below, the last week of June will mark the point when we are the closest to the center of the meteor swarm, and so that will be when the risk is the greatest.  According to CBS News, our planet “will approach within 30,000,000 km of the center of the Taurid swarm” by the end of this month…

This summer, Earth will approach within 30,000,000 km of the center of the Taurid swarm, the study says. That would be Earth’s closest encounter with the swarm since 1975 and the best viewing opportunity we’ll have until the early 2030s.

30 million kilometers may sound like a great distance, but in astronomical terms that is not very far at all, and it is important to remember that distance is measured from the exact center of the meteor swarm.

And there are some scientists that are convinced that giant rocks from this meteor swarm have been responsible for multiple “once-per-1,000-years catastrophic events on Earth” in the past.  The following comes from Forbes…

The remnants of a comet. As Earth orbits the Sun, its orbital path often goes through dust and debris left by comets, with matter no bigger than a grain of sand busting into Earth’s atmosphere and burning up as “shooting stars”. Mostly, they’re harmless, but the Taurid swam is an exceptionally large cloud of debris, probably from Comet 2P/Encke, that scientists think may be responsible for some once-per-1,000-years catastrophic events on Earth. The Taurid complex-giant comet hypothesis proposes that a giant comet fragmented in the inner solar system, producing dust and small Near-Earth Objects (NEOs), including 2P/Encke and other asteroids, still present today. Among the observational evidence is increased “fireball” shooting star activity when Earth gets close to the “Taurid Swarm”, and increased impacts on the Moon.

In particular, it is now widely believed that the enormous object that exploded over Russia on June 30th, 1908 was from the Taurid meteor swarm.

If you are not familiar with the Tunguska event, here is some excellent information about it from Wikipedia…

Early estimates of the energy of the air burst range from 10–15 megatons of TNT (42–63 petajoules) to 30 megatons of TNT (130 PJ),[7] depending on the exact height of burst estimated when the scaling-laws from the effects of nuclear weapons are employed.[7][8] However, modern supercomputer calculations that include the effect of the object’s momentum find that more of the energy was focused downward than would be the case from a nuclear explosion and estimate that the airburst had an energy range from 3 to 5 megatons of TNT (13 to 21 PJ).[8]

The 15-megaton (Mt) estimate represents an energy about 1,000 times greater than that of the atomic bomb dropped on Hiroshima, Japan—roughly equal to that of the United States’ Castle Bravo (15.2 Mt) ground-based thermonuclear detonation on 1 March 1954, and about one-third that of the Soviet Union‘s Tsar Bomba explosion on 30 October 1961 (which, at 50 Mt, is the largest nuclear weapon ever detonated).[9]

It is estimated that the Tunguska explosion knocked down some 80 million trees over an area of 2,150 km2 (830 sq mi), and that the shock wave from the blast would have measured 5.0 on the Richter magnitude scale.

Researchers from the Universities of New Mexico and Western Ontario warn we could be in for a similarly catastrophic event.

“If the Tunguska object was a member of a Beta Taurid stream, then the last week in June 2019 will be the next occasion with a high probability for Tunguska-like collisions or near-misses,” the researchers wrote in a recent paper.

Of course nobody is saying that something will happen during that time.

It is simply a time when there is a heightened risk, and we should all be hoping that absolutely nothing happens.

However, we should not completely dismiss this threat either.  A couple of years ago, scientists discovered a “new branch” of the meteor swarm that contains “asteroids up to 1,000 feet wide”…

Scientists have discovered a new branch of the Taurids meteor stream that could pose a major risk to Earth, with asteroids up to 1,000 feet wide flying past us every few years.

If a 1,000 foot asteroid hit our planet tomorrow, we would be talking about the sort of civilization-changing event that I have been warning about for a very long time.

But once again, it is probably not likely that something will happen over the next few weeks.

In fact, scientists tell us that it is far more likely that there will be some sort of impact in 2032…

In November 2032, Earth will pass through the Taurid Swarm, a cloud of debris from Comet 2P/Encke that makes brilliant fireballs when its gravelly particles occasionally hit Earth’s atmosphere. Previous encounters with the Swarm in 2005 and 2015 produced showers of bright meteors observed around the world; in 1975 the Swarm contacted the Moon, making Apollo seismic sensors ring with evidence of objects hitting the lunar surface. If forecasters are correct, we’re in for similar activity 13 years from now.

In the end, we simply do not know when the next catastrophic meteor impact will happen, but scientists assure us that they will keep on happening.

Giant rocks go whizzing by our planet on a continual basis, and much of the time we do not even see them until they have already passed us.

So we may get some advance warning before a civilization-killing rock hits us someday, but then again, we might not.