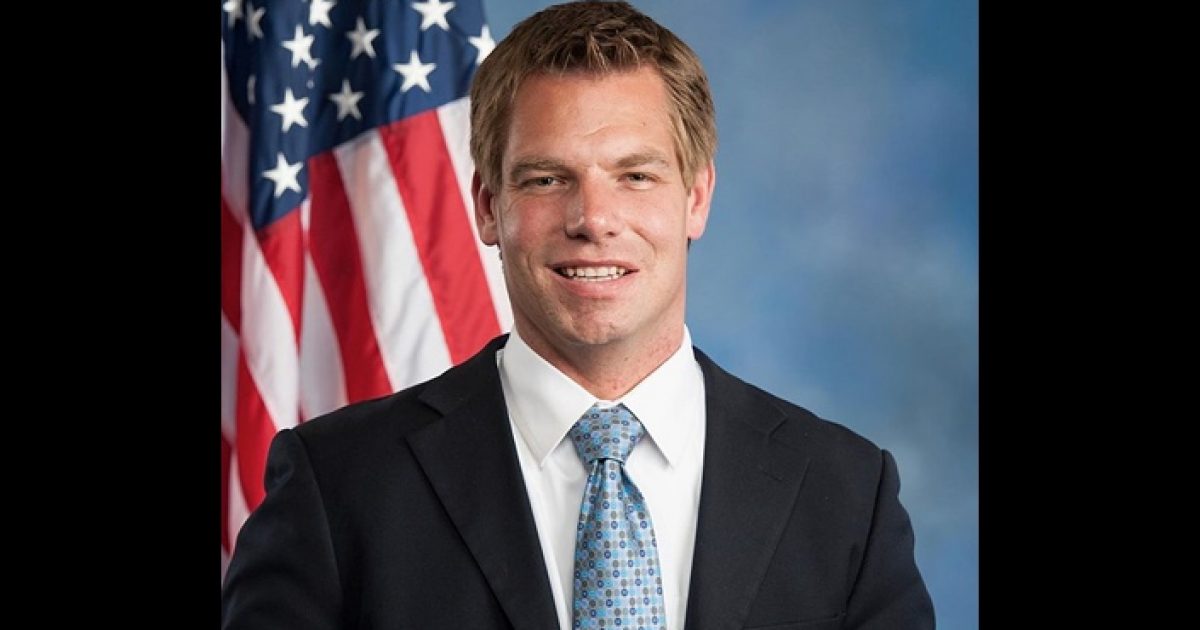 Mr. gun-control-wanna-be-president Eric Swalwell (D-CA) has a new plan for gun control: banning individual ownership of more than 200 rounds of ammo. He told that to the whopping 18 people who came to his rally near the NRA headquarters in Fairfax, Virginia. (Breitbart) Isn’t that just peachy?

Look! All of presidential candidate Swalwell's supporters came out to our headquarters today. No wonder he is polling at 0%. pic.twitter.com/sFZAishEoC

Swalwell: It is time to ban and buy back every single assault weapon — making sure first and foremost no more assault weapons are manufactured in the future but also with a plan to buy back the 15 million that are in circulation in our communities today https://t.co/B3RTSYIAfN pic.twitter.com/d9fAmUrB0r

First off, if people are only allowed 200 rounds, there’d be no such thing as target practice. But he says you can take your guns to the local firing range in lieu of confiscation…wait…what?

Here is the gun control plan with which he plans to “beat the NRA.” And don’t forget this is the same guy who demanded all “assault weapons” be bought back or confiscated. That’s going to cost a lot of money, as we previously reported, and a lot of bloodshed as well. Now there is more to the big plan:

A 48-hour cooling-off period between the time a person purchases a firearm and the time they take possession of it.

Implement background checks for all firearm and ammunition purchases.

Require that liability insurance be purchased before a person can buy, trade, or otherwise receive a firearm.

Create a national firearm registry that is linked to individual firearms, and require that all purchases, transfers, and donations of firearms be mandatorily registered.

Prohibit individuals from purchasing more than one handgun per 30-day period.

Prohibit the online sale of ammunition.

Ban and buy back bump stocks, large-capacity magazines that are capable of holding more than 10 rounds of ammunition, and silencers.

Prohibit individuals from hoarding ammunition in quantities exceeding 200 rounds per caliber or gauge.

Repealing the Protection for Lawful Commerce in Guns Act.

Prohibit states from arming teachers. (Via the Washington Examiner)

He’s a one issue candidate, and it’s an issue that is in direct contradiction to the Constitution. Point by point let’s talk:

“Cooling off” periods have been ineffective for anything. That latest shooter bought his guns a year apart. And what about victims of domestic violence needing a gun to protect themselves? He probably doesn’t believe in that at all.

Background checks already exist for firearm purchases from dealers, even at gun shows. Adding ammunition to that would be a huge burden for dealers as well as authorities. Many of the mass shooters of recent years have actually passed such checks. They are irrelevant, and only serve to hassle law-abiding citizens.

Banning online sales of ammo was passed in Cali…I mean Commiefornia under Prop 63. It goes into effect July 1.

Bump stocks have already been banned, but then, he probably ignores everything the President does, so…

The requirement to purchase “liability insurance” probably wouldn’t go over well with insurance companies. There are some companies that work with the NRA, but Eric Swalwell hates the NRA so…there you have it. Forcing that issue isn’t much different than the next point:

Repealing the protection for gun manufacturers is a bad idea. And the court case against Remington for the Sandy Hook massacre is a case in point. It’s been in the courts for years and was finally given the go-ahead recently. But it places gun manufacturers in an untenable position to have to be liable for the actions of criminals over which they have no control. The plan by leftists like Eric Swalwell is to force them out of business entirely and ban the manufacture of any semi-automatic weapon.

All of this explains why Swalwell is polling in the basement and only 18 people showed up for his rally.