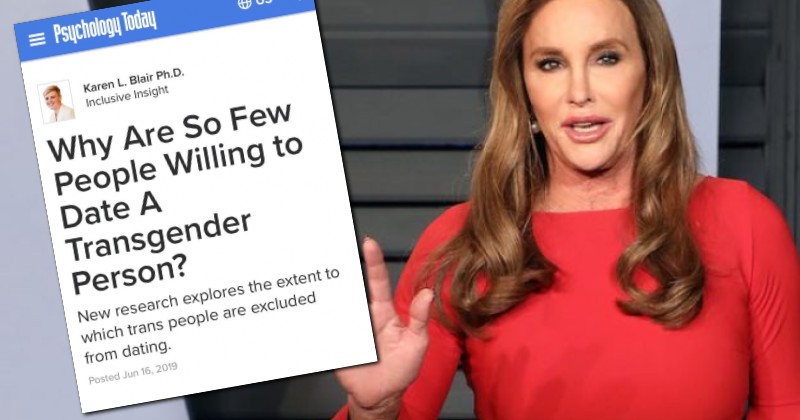 Individuals claiming LGBTQprsuvwxyz/”gender fluid” identity make up 4.5 percent of the US population.  Despite being a minority, this group has effectively manipulated the system (government) and lamestream entertainment enenewsmedia to recognize “false” invented “rights” while infringing on the rights of others.  At first, this group set out to “only gain acceptance”.  People complied.  Next, this group set out to gain recognition for “same-sex marriage”, an invented institution meant to minimize traditional marriage to destroy the family.  Then, the group set its sights on “normalization”, where their sinful lifestyle would take its place as a societal norm instead of a societal deviance.  Now, this group is targeting children to normalize lascivious behavior, attack those who speak truth about their deviance, use government to further marginalize and harass Christians who hold to God’s law, and pervert every societal norm that has existed for thousands of years – since God first communicated His laws and Word to the people.

This is the entire playbook Bradlee Dean warned Christians, conservatives, constitutionalists, anti-constitutionalists and every American about for years. If anyone thinks there is nothing left for the sodomites to do, they is wrong.  These individuals have now accused heterosexual individuals of “transprejudice” because only three percent (3%) of “heterosexuals were willing to date a transgender …”.

A new study which found that only 3 per cent of heterosexuals were willing to date a transgender person proves society has a problem with “transprejudice” and must be re-educated, according to its author.

In the study, which was published in the Journal of Social and Personal Relationships, participants were asked to check which of the following they would “consider as a potential dating partner”.

– a person with a non-binary gender identification

The study found that only 3.1 per cent of heterosexuals were willing to date a trans person compared to 55 per cent of people “with queer or bisexual sexual orientations”.

According to its author Karen L. Blair Ph.D., the results showed that many heterosexuals rejected dating trans people because they thought they had “make believe” identities and that this is a form of “transprejudice”.

“These types of responses questioned the legitimacy of transgender and non-binary identities and took a very dehumanizing tone in referring to trans people,” writes Blair, noting that even people who rejected trans partners because they “mentioned a desire to only date people with whom they could have biologically related children” did so “using dehumanizing language, such as saying that a trans man “was not a natural man” or a “real man”.

So, speaking the truth and not wanting to engage in homosexual/sodomite activity by “dating” an individual with a mental disorder is now “transprejudice” and “must be re-educated”.  Holding to God’s Word and His commandments is now earmarking one for “re-education”.  There is no “live and let live” with these mentally ill individuals.  While some of the population accepts this deviance, others reject it;  but, they are willing to concede ground to the sodomites only to find the deviants pushing back harder with each concession.  In their opinion, or the opinion of this misguided woman, which will soon become mainstream, those unwilling to “date a transgender”, aka participate in deviant acts against nature, require “re-education”.

This video by Paul Joseph Watson explains it very well.  As it turns out, adding the extra lettering “p and z” after LGBTQ has been accurate after all since the group is trying to normalize pedophilia and zoosexual.  Watching the video is painful due to subject matter;  viewer discretion is advised.

Blair said that such “dehumanization” and “transprejudice” could be combated with more “education about the diversity of gender identities” and by increasing “accurate media representations of trans and non-binary people”.

The author notes that the same type of “prejudice” doesn’t exist when it comes to dating people of a different race.

There definitely appears to be some kind of innate stigma that straight people have towards transgenders when it comes to having romantic and possibly sexual relationships with them.

Some transgender commentators have previously asserted that it is bigoted for heterosexuals to choose not to date transgenders.

No one can say they were not warned.  Some in the alternative media are spot on with the predictions made years ago.

If you as a heterosexual person do not want to “date a transgender”, you are dehumanizing that person by engaging in “transprejudice” deserving of intense re-education and bombarding of the promotion of this debauchery as normal by the lamestream entertainment enenewsmedia.

Why is it these people cannot comprehend there are only two genders – male and female.  Calling oneself a man when you are a woman does not make it so and vice versa.  As a female, there is no way in Satan’s domain that dating a woman claiming to be a man would happen, much less engage in any type of relationship with that person.  It is what God declares an abomination.

Read very carefully this statement – “Some transgender commentators have previously asserted that it is bigoted for heterosexuals to choose not to date transgenders.”  Did you catch that?  Exercising your “free will”, choosing to follow God’s commandments and laws, and choosing to “assemble” freely with those you want is now bigoted.  Choosing not to engage in their deviant, unnatural behavior dubs one as having an “innate stigma” against this group.  In other words, there is nothing wrong with being LGBTQprstuvwxyz so heterosexual individuals should have no problem engaging in intimate relationships with a transgender;  aka, it is you that has the problem, not them.

Friends and readers, it is becoming strongly evident that this agenda will gain steam because it is in line with the demoralized society and lamestream entertainment enenewsmedia propaganda and brainwashing machine.  There is no “live and let live”.  In fact, there never should have been in the first place;  because everyone should know when one gives one concession, it turns into an entire agenda (inch and mile comparison).  There are now “Drag Queen Story Hours” around the country directed toward children in order to corrupt their fragile psyche – go through the looking glass, if you will – confusing them about gender and reflecting what is good as bad and bad as good.

As parents, God charges us with protecting and educating our children.  Parents who accept this LGBTQprsuvwxyz “ideology” and “agenda” then corrupt their own children by taking them to “Drag Queen Story Hour” would be charged with child abuse and child endangerment not too long ago.  Now, it is almost reversed;  refusing to take your children to DQSH may be viewed in the near future as abuse.

No longer can constitutionalists, Christians, and conservatives sit back in silence.  This continuing forward moving “revolution” has to be countered and put back where it belongs.  4.5 percent of the population is attempting to dictate to the rest of the US population that their “lifestyle” and “gender choice” is as normal as heterosexuality and the fact there are only two genders – male and female.  Not subscribing to their mental illness labels one as “transprejudice” needing re-education.  Is anyone else picturing the re-education camps of Nazi Germany and the former USSR?

Wake up!  This is the very sign of social collapse.  And, according to one expert, the US is in the late phase.  What makes it worse is that Trump voices support for these deviants.  The swamp is spreading from Washington, DC, out to every state, city, town and municipality.