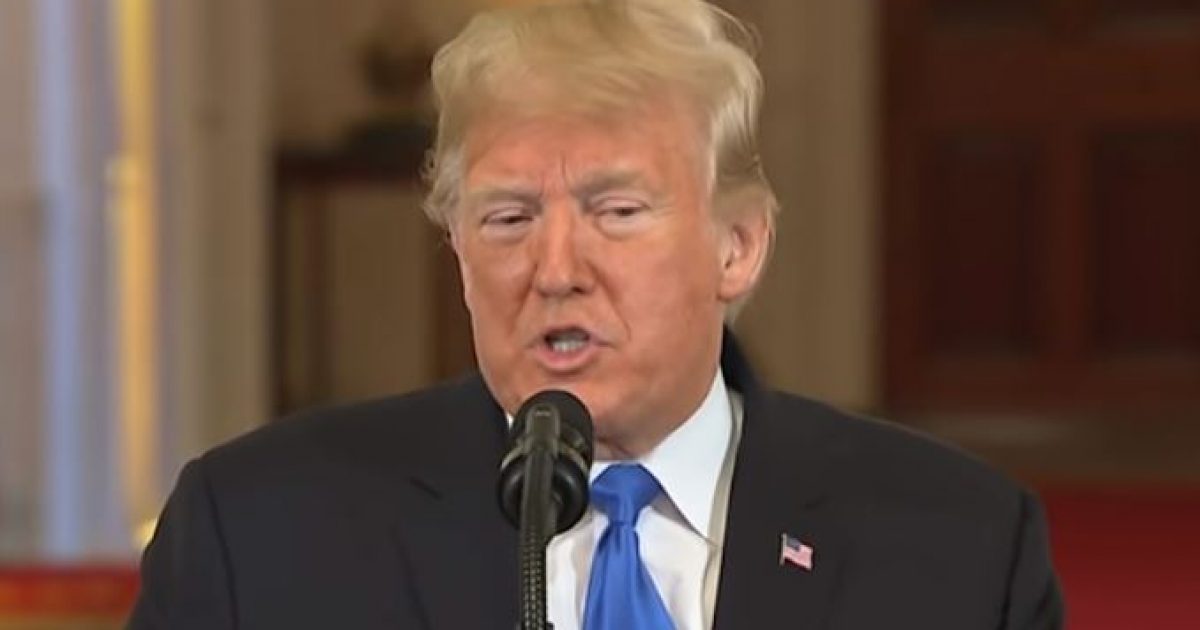 President Donald Trump tweeted Monday that beginning this week Immigration and Customs Enforcement (ICE) will be implementing a massive deportation opertion and will begin to remove millions of immigrants who are in the United States illegally.

“Next week ICE will begin the process of removing the millions of illegal aliens who have illicitly found their way into the United States. They will be removed as fast as they come in. Mexico, using their strong immigration laws, is doing a very good job of stopping people,” Trump tweeted Monday night.

Next week ICE will begin the process of removing the millions of illegal aliens who have illicitly found their way into the United States. They will be removed as fast as they come in. Mexico, using their strong immigration laws, is doing a very good job of stopping people…….

JonDougherty at The National Sentinel reports that the ICE removal operation may be tied to the recently signed Joint Declaration between the United States and Mexico. That deal calls for Mexico to begin doing more to both prevent migrant caravans from Central America from reaching the United States, while also taking in migrants who have applied for asylum in the U.S. but are awaiting adjudication of their claim.

In addition, POTUS said that “Guatemala is getting ready to sign a Safe-Third Agreement,” which means that country would also begin taking back migrants who are waiting for asylum claims to be processed in the U.S.

A Trump administration official, who spoke on condition of anonymity, said that the new enforcement effort is aimed at more than a million illegal immigrants who have been told to leave the country by an immigration court but have refused to do so, the New York Post reported.

Trump didn’t make clear whether ICE was to be operating under existing deportation procedures or if the agency was planning to implement a new “removal” policy.

The president also pointed fingers — again — at Democrats in Congress for their steadfast refusal to help him and Republicans address loopholes in U.S. asylum law that experts on both sides of the aisle say is serving as a magnet for illegal immigrants.

In particular, according to Department of Homeland Security officials, migrants who present at the U.S. border with children and appear to be a family unit can only be detained 20 days before they must be released into the country’s interior.

That’s due to a single federal court ruling known as the “Flores Decision,” which states that U.S. immigration officials cannot hold migrant families longer than 21 days.

Border Patrol officials have also lauded the president’s deal with Mexico while also criticizing Congress (Democrats) over its inaction.

“You know what is amazing about it the President got Mexico to send more troops to their southern border with Guatemala than what Congress has approved for United States Border Patrol Agents to be on the southwest border with Mexico,” said National Border Patrol Council President Brandon Judd.

Also, we noted Monday that Mexican authorities are living up to their end of the deal, nabbing some 800 mostly Honduran migrants in recent days.

As reported by the UK’s Daily Mail, the Mexican National Migration Institute (INM) said in a statement late Saturday” that 791 foreign nationals were found in the trucks stopped in the eastern state of Veracruz, confirming earlier reports of mass arrests,” the site reported.