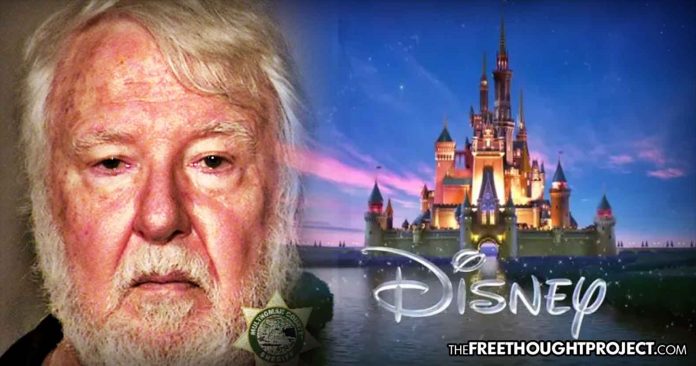 Portland, OR — A former top level Walt Disney executive was sentenced to prison this month for nearly seven years for child rape. Michael Laney, 73, who was the Vice President of Walt Disney was found guilty of four counts of first-degree sexual abuse and sentenced to 81 months in prison.

After the sentencing, Laney’s attorneys pleaded with the judge to suspend the sentence, claiming that Laney’s wife would suffer if her husband goes to jail.

According to Oregon Live, Laney’s wife’s doctor, Blain Crandell, submitted a letter on Laney’s behalf, saying his wife “could be expected to suffer serious consequences to her health and well-being” without an in-home caregiver, a role her husband had been filling.

Thankfully, the judge and district attorney did not see it that way. In response to this request, Multnomah County Deputy District Attorney Charles Mickley called the claims “peculiarly offensive and insulting.”

“Defendant wholly ignores the compelling evidence of his guilt presented at trial, including the evidence of his longstanding sexual interest in children,” Mickley wrote.

Laney will also have to serve an additional 120 months of probation after prison, pay a $4,000 fine, and register as a sex offender.

EVIDENCE PRESENTED DURING TRIAL SHOWED THAT IN MARCH 2017, A YOUNG GIRL DISCLOSED SHE HAD BEEN SEXUALLY ABUSED BY THE LANEY. THE DISCLOSURE WAS FIRST REPORTED TO LAW ENFORCEMENT IN WASHINGTON STATE WHERE THE VICTIM LIVED AT THE TIME OF HER DISCLOSURE.

THE PORTLAND POLICE BUREAU ASSUMED THE INVESTIGATION AFTER IT WAS DETERMINED THAT THE ABUSE HAD OCCURRED IN PORTLAND STARTING IN APPROXIMATELY 2009 WHEN THE VICTIM WAS ABOUT 7 YEARS OLD, THE ATTORNEY’S OFFICE SAID.

THE COURT FOUND SUFFICIENT EVIDENCE TO PROVE BEYOND A REASONABLE DOUBT THAT LANEY WAS GUILTY OF REPEATED SEXUAL ABUSE INVOLVING THE GIRL.

WHILE CONDUCTING THEIR INVESTIGATION INTO THE FIRST REPORTED DISCLOSURE OF RAPE AND SEXUAL ABUSE BY THE DEFENDANT, PPB DETECTIVES LEARNED OF OTHER ALLEGATIONS OF SEXUAL ABUSE INVOLVING LANEY.

While this news may seem shocking, the only really shocking aspect is the fact Laney is no longer with Disney and is actually going to jail. The media giant has been known to not only employ convicted child sex offenders, but also place them in situations where they have access to children.

As TFTP reported in December, a 48-year-old Disney Channel actor was arrested in Utah after he was allegedly caught trying to lure a 13-year-old boy for sex. Stoney Westmoreland starred as the grandfather, Henry “Ham” Mack on the Disney children’s series “Andy Mack”—a story about a young girl who is coming to age.

Westmoreland was arrested in December after he was caught attempting to lure a child to a motel for sex. Westmoreland used an internet app to lure who he thought was a 13-year-old boy.

But that is just the tip of the iceberg.

Both Brian Peck and Victor Salva were convicted of several sex crimes against children—yet went on, after their convictions, to enjoy lucrative careers within Disney’s corporation. Peck, who starred in X-Men and in all three Living Dead films, served 16 months in prison and he still works with children on Disney film projects. According to court documents reported by the Daily Mail, detailing Peck’s crimes against a child actor known as “John Doe” to protect his identity:

In fact, in spite of the controversy, Salva has gone on to write and direct many more Hollywood movies since Powder, including the horror series Jeepers Creepers, which released its third sequel last year.

Also, as TFTP reported in 2017, Jon Heely, 58, Disney’s director of music publishing, was charged with three counts of lewd and lascivious acts on a child. The abuse started nearly a decade ago with the first reported victim claiming that Heely abused her when she was 15 years old, and the second victim claiming that Heely abused her from the time she was 11 years old, until she was 15, according to a report from Variety.

As the rest of society casts out pedophiles and makes them register as sex offenders to warn others about their tendencies to prey on children, Disney appears to be collecting them, giving them access to children, and putting them on a pedestal — a true horror story indeed.