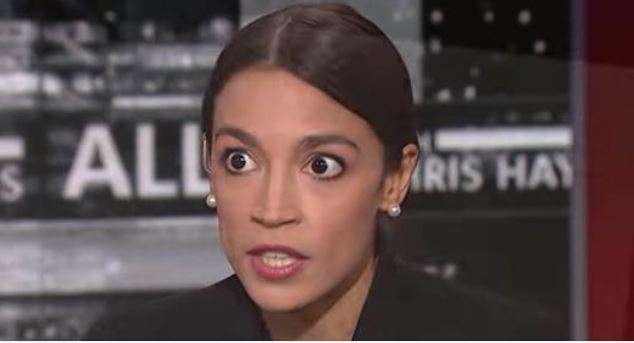 A member of Poland’s parliament has invited ‘Democratic Socialist’ Rep. Alexandria Ocasio-Cortez (D-N.Y.) to fly to their country to see what real “concentration camps” look like after she accused our Department of Homeland Security of running some along the U.S.-Mexico border.

As noted by The Conservative Brief, Ocasio-Cortez has been under fire from conservatives after claiming on her Instagram account earlier this week that DHS and Border Patrol were rounding up illegal aliens and stuffing them in concentration camps, comparing it to the Nazi Holocaust against Jews, in which more than six million were exterminated.

She doubled down, though, after being criticized for her remarks (she even used “never again” in her Instagram video, a phrase widely known to be associated with the Holocaust), proving she is completely clueless (and outrageous):

My heroes are the ones who stood up when it wasn’t easy.

Kids are dying in cages on our border. Families are being put in “freezers” & “dog pounds.”

Years from now, people will look for the journalists, officials, & everyday people who stood up for what was right in real-time.

NBC News‘ Chuck Todd took Ocasio-Cortez to the woodshed over her remarks, sort of, but he couldn’t do it without doing his best to claim that the migrant camps are the fault of Republicans and, specifically, POTUS Donald Trump — as though the GOP and the president are responsible for the open doors/open border policies of the past that are serving as magnets to the U.S.

"She said she didn't use those words lightly," Chuck Todd said. "Well, neither did I." pic.twitter.com/5CIOfWn7BQ

But perhaps no one has had a better response than Polish parliamentarians, who extended to AOC an open hand and an invitation to an educating experience touring real concentration (death) camps built by Nazi Germany during World War II.

Dominik Tarczynskiinvited her to “visit my ancestral homeland and study the concentration camps” so that she can learn how they differ from the detention centers.

Tarczynski also said that people in Poland become “agitated” when someone “cheapens the history” and tries to use it for “political point-scoring.”

With this letter, I am formally inviting @AOC to come to Poland,where Adolf Hitler set up the worst chain of concentration camps the world has ever seen, so that she may see that scoring political points with enflamed rhetoric is unacceptable in our contemporary Western societies pic.twitter.com/ivOTfmiCfo

It was a great gesture, but it’s not very likely that Ocasio-Cortez will come. She and her party are too closed-minded and politically, morally, and culturally bankrupt.