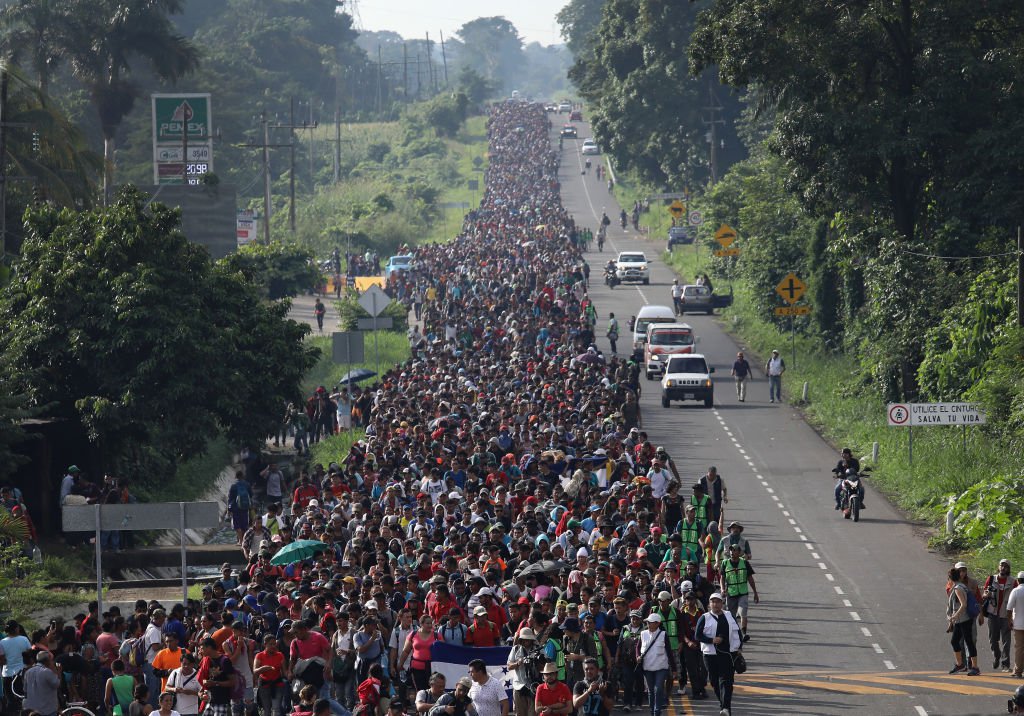 In other words, Democrat voters.

MORE THAN 1500 CENTRAL AMERICAN MIGRANTS IN CARAVANS FOUND TO HAVE US CRIMINAL CONVICTIONS, AT LEAST 3 ARE MURDERERS

More Than 1500 Central American Migrants in Caravans Found to Have US Criminal Convictions, At Least 3 Are Murderers

More than 1500 migrants who traveled in two Central American caravans within the last year had US criminal convictions, according to letter obtained by The Gateway Pundit.

House Oversight Committee Republicans wrote the Department of Homeland Security in February about the threat posed by the large caravans of migrants traveling from Central America to the United States.

The DHS documents produced to the House Oversight Committee revealed that in October of 2018, the CBP’s Office of Intelligence tracked one caravan with approximately 8,000 migrants who arrived just south of California by December of 2018 and established that 660 of the migrants had US criminal convictions.

This indicates that these migrants have already been deported from the US at least once.

In January of 2019, CBP tracked another migrant caravan that departed Honduras with approximately 3,300 migrants and ICE HSI identified that ONE FOURTH, or 860 individuals from this caravan had US criminal histories.

BP is currently monitoring other caravans in southern Mexico, however the DHS documents did not specify how many of the individuals have criminal records.

Ranking members of the House Oversight Committee Jim Jordan (R-OH) and Mark Meadows (R-NC) asked the Acting Secretary of the Department of Homeland Security to provide additional information about criminal migrants, such as arrest warrants and court documents by no later than July 5.

President Trump declared a national emergency in February of this year to divert funds from the Pentagon to build a border wall yet the Democrats are fighting him at every turn.

Congress also refuses to change the very dangerous asylum laws which is what is attracting these huge migrant caravans in the first place.

Democrats keep claiming there are no dangerous criminals embedded in the migrant caravans, but this government data provided by CBP and ICE’s Office of Intelligence prove the Dems are wrong.