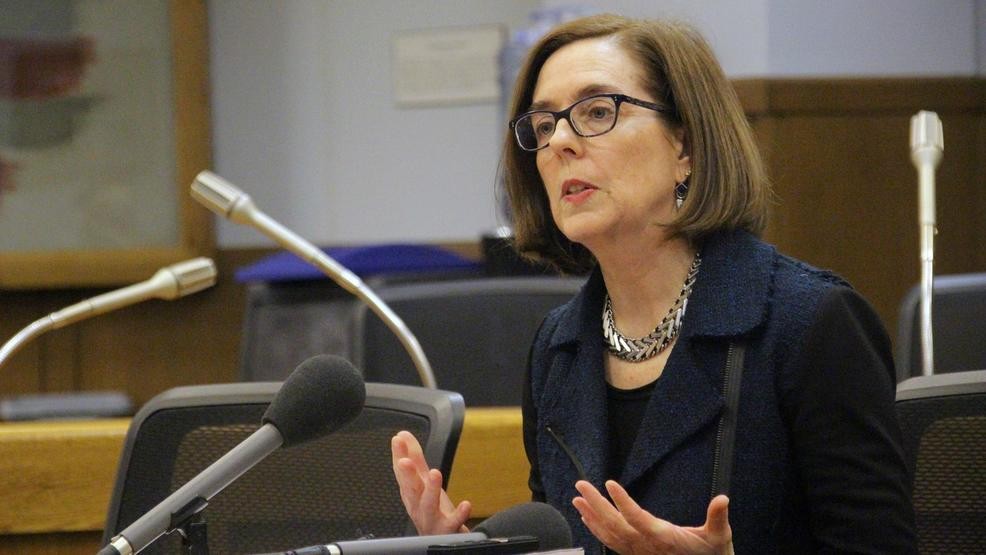 Welcome to the wacky world of Oregon politics.

The Hill reported on Thursday that Oregon Gov. Kate Brown (D) authorized the state police to bring Republican lawmakers back to Salem after several left the state to avoid a vote on a climate bill.

GOP state senators walked out this week after voicing concerns over the bill’s impacts on a number of “energy intensive, trade-exposed” businesses in rural communities. Though the bill has already passed the House and Democrats hold a supermajority in the state Senate, Republicans have the numbers to deny a quorum in the upper chamber.

“The Senate Republicans have decided to abandon their duty to serve their constituents and walk out. The Senate Democrats have requested the assistance of the Oregon State Police to bring back their colleagues to finish the work they committed to push forward for Oregonians. As the executive of the agency, I am authorizing the State Police to fulfill the Senate Democrats’ request,” Brown said in a press release.

What does this remind you of?

When Washington Democrats were jet-setting all over the world to avoid negotiating with Trump on a budget, no one sent the cops after them.

Maybe Trump should have sent the feds after those Democrats?

Oregon Republican senators have left the Capitol and scattered in various directions outside the state in order to avoid being rounded up by troopers for a high-profile climate bill vote scheduled today.

“Protesting cap-and-trade by walking out today represents our constituency and exactly how we should be doing our job,” Senate Republican Leader Herman Baertschiger Jr., of Grants Pass, said in a written statement Thursday morning. “We have endured threats of arrest, fines, and pulling community project funds from the governor, Senate president and majority leader. We will not stand by and be bullied by the majority party any longer.”

Reached just after 7 a.m. Thursday, Sen. Cliff Bentz of Ontario said he was on his way out of the state. “In a few moments, I will not be in Oregon,” said Bentz, who spent most of Wednesday meeting with Gov. Kate Brown’s staff in an effort to negotiate changes to the carbon cap-and-trade plan, House Bill 2020.

Bentz said Republicans’ top concerns included that the bill would not do enough to protect dozens of “energy intensive, trade-exposed” businesses in Oregon, such as a cement plant in his district, from higher costs not imposed on the competition in other places such as China. Bentz said the negotiations ended around 8 p.m. Wednesday, when it became clear Democratic legislative leaders would not agree to changes sought by Senate Republicans.

As bizarre as this story may be, these Republicans had better be careful.

The last time Governor Kate Brown made national news by sending her troops out, LaVoy Finicum ended up dead.