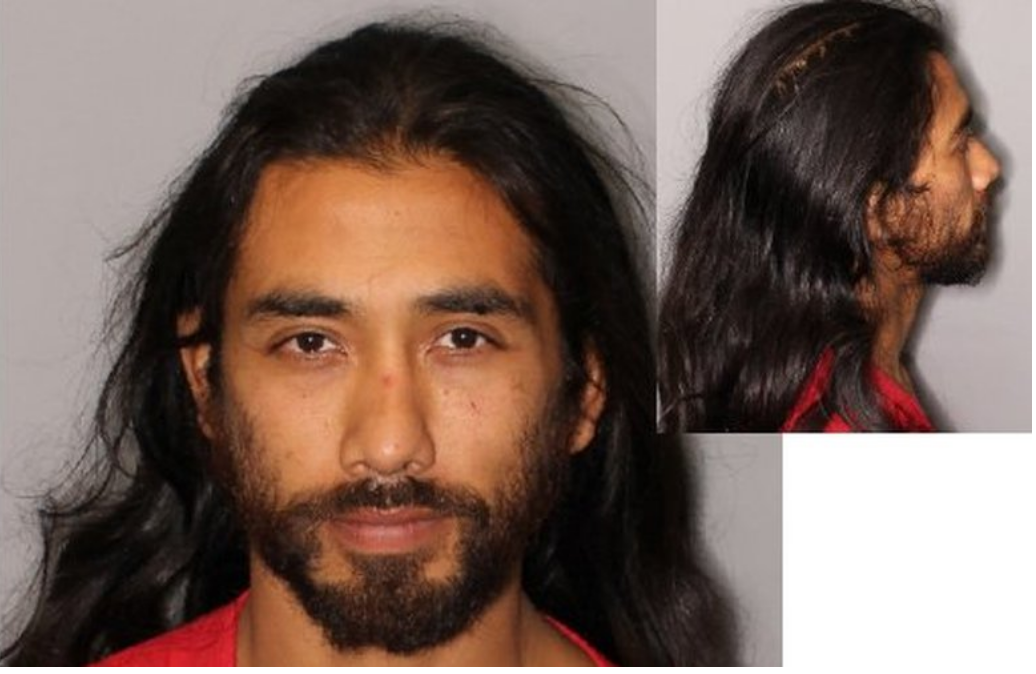 Francisco Carranza-Ramirez was supposed to be on a flight to California on Monday, en route to his native Mexico. He is believed to be in White Center. (King County Sheriff’s Office)
By Sara Jean Green, Seattle Times staff reporter, June 18, 2019 (thanks to Orange Martyrs):

A 35-year-old White Center man who was recently released from the King County Jail after serving time for rape is now accused of tracking down the victim last weekend, pushing her out of her wheelchair and strangling and beating her in front of her young son, according to prosecutors.

Francisco Carranza-Ramirez was supposed to board a flight to California and return to his native Mexico on Monday after King County Superior Court Judge Nicole Gaines Phelps agreed not to impose community custody, or probation, following his release from jail last week, court records show. He is now wanted on a no-bail warrant for violating conditions of his release on the rape charge, according to court records and King County sheriff’s spokesman Sgt. Ryan Abbott.

Carranza-Ramirez was charged Tuesday with second-degree assault, felony harassment, intimidating a witness and felony violation of a sexual-assault protection order in connection with the attack on the victim, court records show. Each of those charges include a rapid-recidivism allegation, which, if proven, would allow prosecutors to potentially seek an exceptional sentence because the most recent crimes were allegedly committed three days after Carranza-Ramirez was released from jail.

The 32-year-old victim, who is partially paralyzed and uses a wheelchair, suffered numerous cuts and bruises, as well as a seizure and concussion after being strangled and struck in the head during the attack just after 9 p.m. Sunday outside her White Center apartment building, the most recent charges say. She told detectives she is terrified of Carranza-Ramirez, a man she didn’t know when he raped her last fall, and is worried he will return to kill her, say the charges.

Abbott, the sheriff’s spokesman, said Tuesday that after the woman was released from the hospital, she was moved along with her 3-year-old son and her service dog to a safe location outside of the White Center area.

“We’re hoping someone recognizes him,” Abbott said of Carranza-Ramirez, who is homeless and still believed to be in White Center.

According to court records:

Over two days in September, Carranza-Ramirez approached the victim in her neighborhood and engaged her in small talk. Then on Sept. 26, the woman and her toddler son went to get their mail and Carranza-Ramirez suddenly appeared at the apartment mailboxes, then followed the woman into her apartment uninvited. Due to her disability, the woman later told detectives she didn’t scream for help because she was concerned for her son’s safety.

Carranza-Ramirez raped the woman in her bedroom but during the attack, she convinced him she needed to use the bathroom, the charges say. She called 911 and asked for help; when she heard Carranza-Ramirez get up from the bed, she tucked the phone with the line still open in her wheelchair and returned to the bedroom, where the rape continued, charging papers say.

The dispatcher heard the woman say “Stop” and “I’ll be quiet.” Deputies responded, entered the apartment and interrupted the sexual assault, say the charges. Carranza-Ramirez was arrested at the scene and subsequently charged with third-degree rape.

Carranza-Ramirez entered an Alford plea during his February arraignment, admitting a jury would likely find him guilty.

In a victim-impact statement, the victim wrote that she was terrorized during the rape, questioned why he wasn’t charged with a more serious crime and begged the judge to impose the most severe sentence possible.

“A protection order is not enough to help me feel safe from the predator he is,” the woman wrote.

Carranza-Ramirez was sentenced to 12 months on June 13, but was released from jail that same day, receiving credit for the nearly nine months he had already served, jail and court records show. Though the state requested he also be sentenced to 12 months of community supervision, defense attorney Nicole Hecklinger asked that supervision not be imposed so that Carranza-Ramirez could return to Mexico, arguing that his homelessness would make it harder to comply with community custody requirements, the records show. His family was to pay for the trip.

The court agreed and ordered Carranza-Ramirez to board a plane to California on Monday. He was then supposed to cross the border by land.

He was not to return to the U.S. as a condition of his sentence, court records show. The records do not indicate his immigration status.

But on Saturday, two days after his release from jail, he allegedly showed up outside the rape victim’s apartment, charging papers say. She called 911 to report Carranza-Ramirez violating an order that he remain 1,000 feet away from her, but he had fled by the time deputies arrived.

The next day, the woman and her son took her dog for a walk and she was attacked by a man she later identified as Carranza-Ramirez, say the charges. She was pushed out of her wheelchair and was being strangled when some passersby intervened and the man ran off.

She told the first deputy on the scene, “the guy that raped me just beat me up and was choking me,” according to the charges.