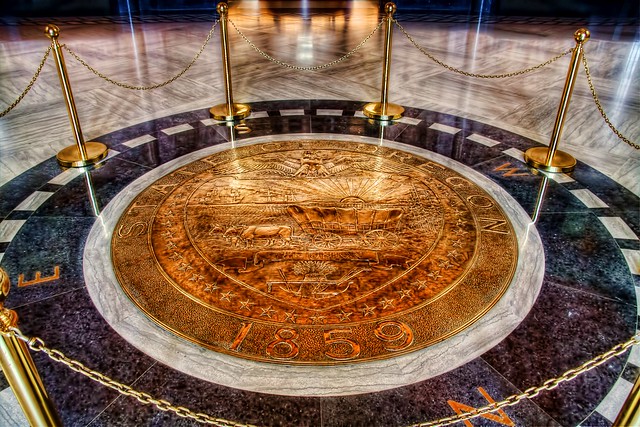 SALEM (INTELLIHUB) — Oregon Governor Kate Brown (D) authorized Oregon State Police on Thursday to arrest Senate Republicans who had abandoned their posts earlier in the day in an effort to stall the passage of a controversial carbon-reduction bill.

“After many hours of well-intentioned, respectful negotiations on Wednesday, the Senate has come to an impasse. The Senate Republicans have decided to abandon their duty to serve their constituents and walk out,” the governor said in a statement posted to her official website. “The Senate Democrats have requested the assistance of the Oregon State Police to bring back their colleagues to finish the work they committed to push forward for Oregonians.”

“As the executive of the agency, I am authorizing the State Police to fulfill the Senate Democrats’ request. It is absolutely unacceptable that the Senate Republicans would turn their back on their constituents who they are honor-bound to represent here in this building. They need to return and do the jobs they were elected to do,” the statement said.

However, Republican State Senator Brian Boquist stood up the governor’s unconstitutional orders and issued a quote of his own to a local media outlet.

“Send bachelors and come heavily armed,” he said. “I’m not going to be a political prisoner in the State of Oregon. It’s just that simple.”