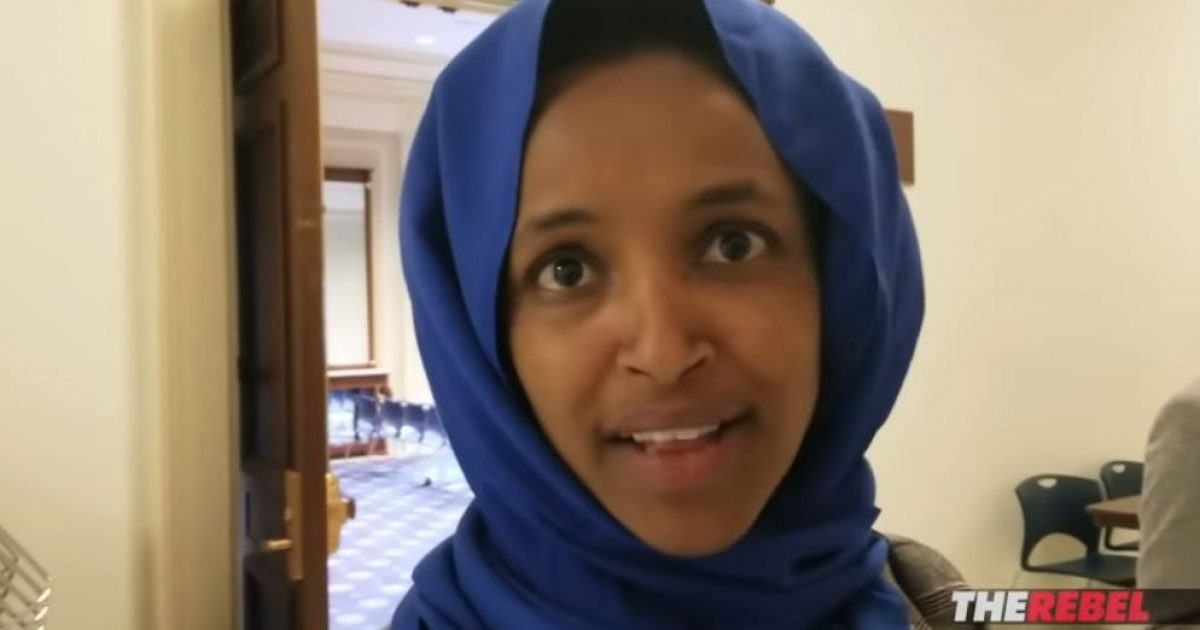 On Friday, The Rebel’s Keean Bexte posted a video in which he confronted Ilhan Omar, the treasonous, anti-Semitic, America-hatingDemocrat from Minnesota who now seems to be working for Iran, over comments made by recently-elected Democrat Socialist Alexandria Ocasio-Cortez.  Bexte asked if she agrees with AOC’s outrageous “concentration camp” comments.  Naturally, she agreed, and called for the abolition of ICE.

“There are camps and people are being concentrated,” she said.  “I don’t even know why this is a controversial thing for her to say,” she added.

Apparently, Omar is just as ignorant on the subject as AOC.

“It’s hard to know who is the stupidest or most offensive Democrat in this year’s crop of freshmen lawmakers,” Jim Hoft said at the Gateway Pundit.

We tend to agree.  But as ignorant as AOC is, there’s no question that Omar is without a doubt, deliberately working to hurt America from within, even going so far as to side with Iran — Not just once, but twice.

Forget the fact that these people exercised a choice to come, and it has overwhelmed our ability to cope, now the temporary housing methods are called concentration camps? Show me the gas chambers, the ovens to burn the bodies, the labs of experiments. Pure emotion before fact.

I once went to a meditation retreat in a forest. It was a camp, and people were concentrating.

Earlier this month, I opined that radical Democrats and their allies are deliberately pushing America to the brink of a second bloody civil war.  Omar proves that assertion correct every time she opens her mouth.