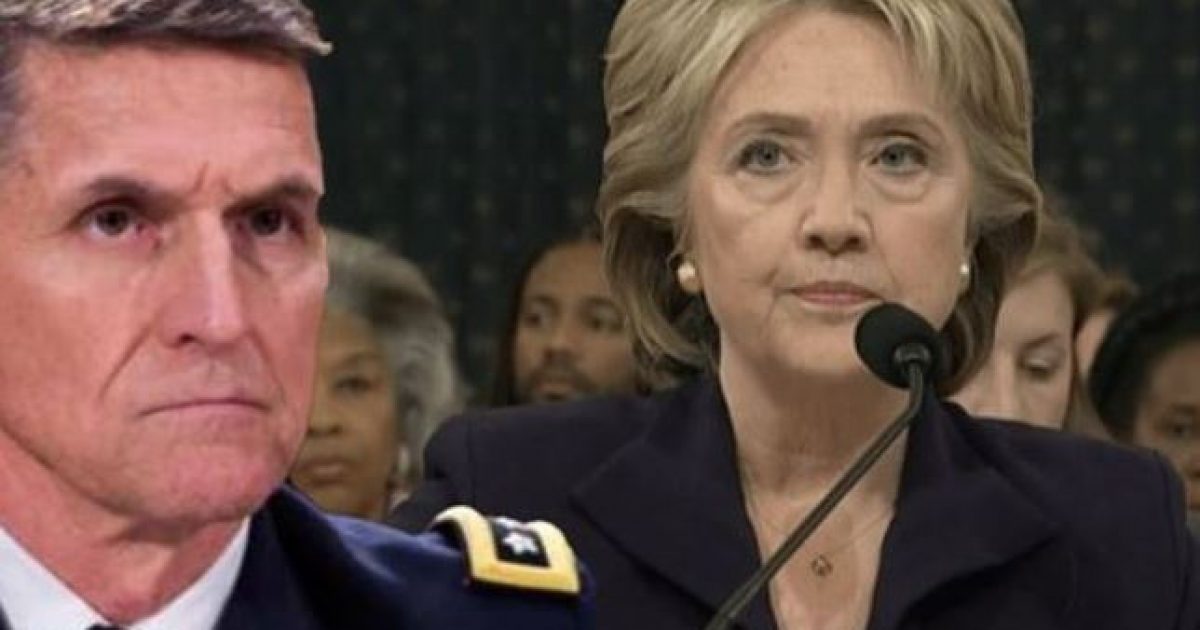 Opinion De Baish/Speculation| Back in November of 2017, it was reported by the Gateway Pundit that the Wall Street Journal had “received information from anonymous sources who said that General Flynn and his son Michael were involved in a plot to kidnap Muslim cleric and return him to Turkey.”

The Wall Street Journal reported at the time:

Special Counsel Robert Mueller is investigating former White House national security adviser Mike Flynn’s alleged role in a plan to forcibly remove a Muslim cleric living in the U.S. and deliver him to Turkey in return for millions of dollars, according to people familiar with the investigation.

A Neonrevolt, report leaves us believing that there is a lot more to the story.

Flynn shared a video of then-president Bill Clinton calling the mullah a friend of the United States:
(Use the closed caption for english)

Flynn then shared, “Gülen portrays himself as a moderate, but he is in fact a radical Islamist. He has publicly boasted about his ‘soldiers’ waiting for his orders to do whatever he directs them to do. If he were in reality a moderate, he would not be in exile, nor would he excite the animus of Recep Tayyip Erdoğan and his government.”

To add insult to injury, American taxpayers are helping finance Gülen’s 160 charter schools in the United States. These schools have been granted more H1-B visas than Google. It is inconceivable that our visa officers have approved thousands of visas for English teachers whose English is incomprehensible. A CBS “60 Minutes” program documented a conversation with one such imported English teacher from Turkey. Several lawsuits, including some in Ohio and Texas, point to irregularities in the operation of these schools.

Flynn went on to drop a major bomb regarding the Clinton Foundation’s relationship with said terrorist:

However, funding seems to be no problem for Gülen’s network. Hired attorneys work to keep the lucrative government source of income for Gülen and his network going. Influential charities such as Cosmos Foundation continue their support for Gulen’s charter schools.

Incidentally, Cosmos Foundation is a major donor to Clinton Foundation. No wonder Bill Clintoncalls Mullah Gülen “his friend.” It is now no secret that Huma Abedin, Hillary Clinton’s close aide and confidante, worked for 12 years as the associate editor for a journal published by the London-based Institute of Minority Muslim Affairs. This institute has promoted the thoughts of radical Muslim thinkers such as Qutb, al Bana and others.

You’re probably wondering how this all relates back to current times.

General Flynn as we all know now as targeted by Obama and the Clintons for some reason.  He knew too much and he was working with Trump were enough, but maybe his oped was what scared them the most.  He had to be taken down and so he was targeted.

He lost his job with the Trump team due to shady actions by the Deep State and then was targeted by the Mueller team.  He eventually pled guilty to a crime of lying to the FBI.  Since this time he has been working with the Mueller team as was put in place as part of his agreement.

What we know now is that based on Flynn’s current trial date, set in August, his cooperation with the government should come to an end soon.   What is also in the works is that Flynn is supposed to be the key witness in the court case related to his business partner.