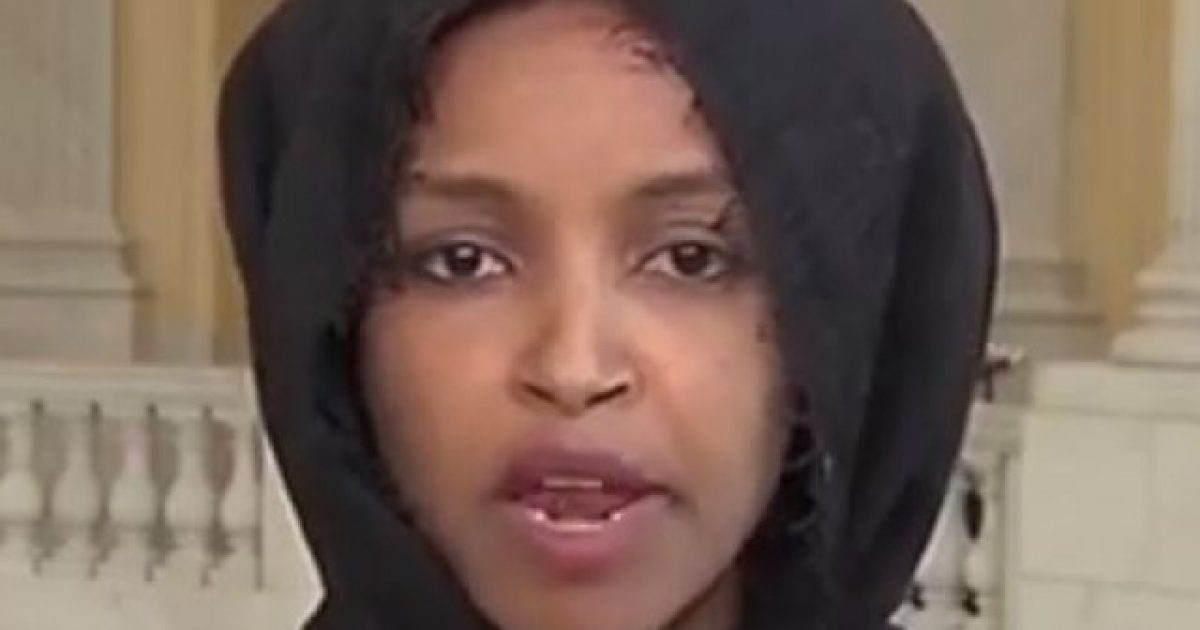 Report: New Evidence That Ilhan Omar May Have Married Her Brother So She Could Skirt U.S. Immigration Law

Long-time readers of The National Sentinel  (and Right Wing Tribune) know that we’re not at all into tinfoil-hat conspiracy theories because a) we’re a serious news organization; and b) perpetuating nonsensical rumors in a ‘news’ setting is what has led tens of millions of Americans to tune out all news, even legitimate sources.

So when we first heard that U.S. Rep. Ilhan Omar (D-Minn.) ‘married her brother’ so she could enter the United States, we were extremely skeptical.

But now, a completely ‘mainstream’ news outlet that skews Left editorially has published new details about that rumor that make it seem much more likely than not.

According to the Minneapolis Star-Tribune:

As for the source of the new information, the paper noted that a state investigation of alleged campaign finance violations indicating Omar filed federal taxes in 2014 and 2015 with her present husband, Ahmed Hirsi, while still legally married to, but separated from, Elmi. And while she’s legally corrected that discrepancy, she has studiously avoided discussing how in the world it could have happened.

Still sound flaky? Perhaps. But then, her campaign has been actively attempting to kill the story, according to the Star Tribune:

Since the recent findings of the campaign finance board that discovered Omar had improperly used campaign money to pay a lawyer to fix her tax filings, the Star Tribune searched public records — including available databases, the marriage and divorce filing, business licenses, university records and other documents — and could find little publicly available information about Elmi. The search of records could neither conclusively confirm nor rebut the allegation that he is Omar’s sibling.

Sent a list of questions and a request to talk to her siblings and father, Omar declined to do so. Hirsi did not reply to multiple calls, texts and e-mails. Social media posts indicate Elmi is in Africa. He did not respond to multiple e-mails.

Omar’s reticence is consistent with near total silence she has maintained for three years amid questions raised through public records picked over by conservative opinion journalists intent on proving that she committed immigration fraud. Those attacks, she once tweeted, are the provenance of “fake journalists on bigoted blogs.”

In her 2017 divorce, Omar attested that she had no contact with Elmi after their 2011 separation. Conservative activists say photos and other social media posted by Omar and Elmi on Instagram and Facebook suggest Omar may not be telling the truth. The Star Tribune has been unable to independently obtain the original posts, although images purporting to be screen grabs continue to populate right-leaning media sites such as Power Line Blog, PJ Media and Alpha News. They remain in public view.

One image featured on AlphaNewsMN depicts an Instagram photo purportedly posted by Elmi on June 12, 2012, the day after Omar gave birth to her third child. It shows a close-up picture of Elmi holding a newborn child the website says is Omar’s, based on accompanying text that ostensibly refers to the baby girl as “nieces.”

The report contains more information and details, but the question remains: This kind of story could be easily and very publicly refuted and put to rest; why won’t Omar do it?

This is a lot like former President Barack Obama’s insistence that his college transcripts be kept as some national security secret. In the past, libertarian activist and politico Wayne Allen Root, who attended Columbia University at the same time Obama says he did in the early 1980s — though he said he never saw Obama in any of their political science classes or anywhere else on the small campus — offered that the 44th president hid those records because he attended Columbia as a foreign exchange student…which would have fed into conspiracies that he wasn’t born an American citizen.