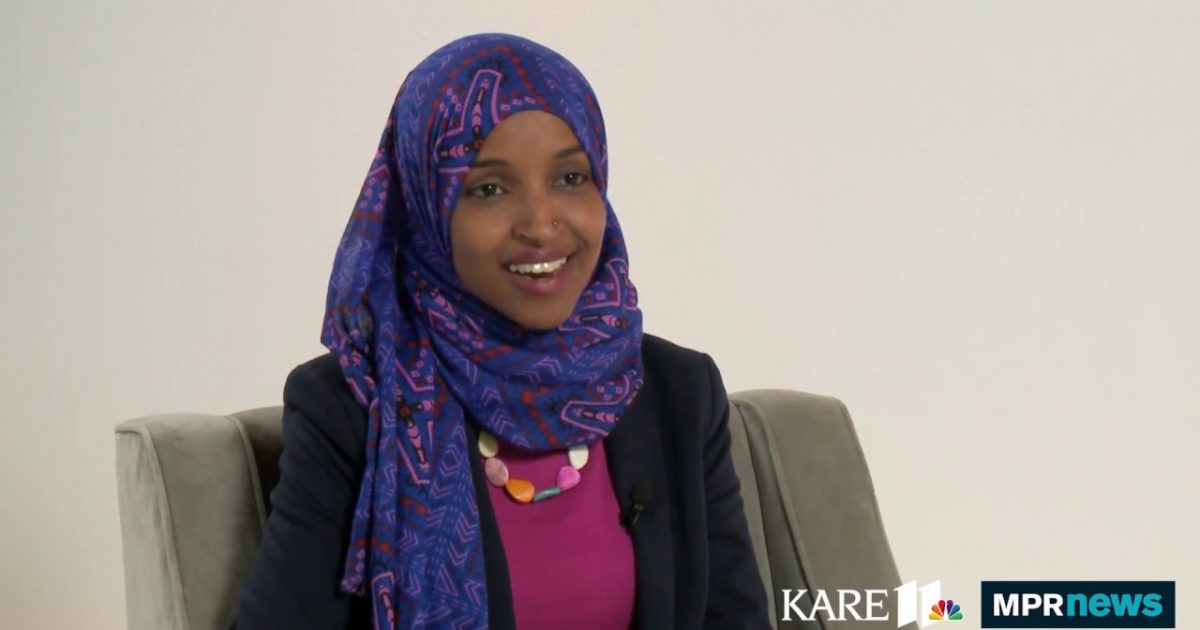 It seems that multiple media outlets are now investigating serious questions raised about the marital history of Ilhan Omar, the treasonous, America-hating, anti-Semitic Democrat from Minnesota who seems more ready to stand up for Iran than the United States.

On Saturday, the Minneapolis Star-Tribune, a paper which an Omar “fixer” once said scrubbed negative stories about the radical Democrat, reported:

The questions surfaced again this month in a state probe of campaign finance violations showing that Omar filed federal taxes in 2014 and 2015 with her current husband, Ahmed Hirsi, while she was still legally married to but separated from Elmi.

The Star-Tribune, a paper that tends to lean left, said that Omar “has legally corrected the discrepancy,” but “has declined to say anything about how or why it happened.”

But it seems there’s quite a bit more to this story, according to the Washington Examiner’s Tiana Lowe and John Gage.

Both outlets posted a basic timeline of Omar’s life.  The Star-Tribune noted:

2008: Omar and Hirsi, now the parents of two children, reach an “impasse in our life together” and divorce in their faith tradition.

2009: Omar, at 26, marries Ahmed Nur Said Elmi, 23, whom she identifies only as a “British citizen.” School records show he attended high school in St. Paul and studied art at North Dakota State University.

2011: Omar and Elmi end their relationship and divorce in their faith tradition, but do not legally divorce until 2017.

2012: Omar and Hirsi reconcile and have a third child together.

2016: Omar, endorsed by the DFL over longtime incumbent Phyllis Kahn, is elected to the Minnesota House, becoming the first Somali-American, Muslim legislator in the United States. But her campaign is rocked by allegations in a Somali news forum and the conservative Power Line blog suggesting that Elmi is her brother and they married for unspecified immigration benefits.

2017: Omar is granted a legal divorce from Elmi.

2018: Omar legally marries Hirsi and is elected to Congress.

A paper trail of legal documents, however, undermines Omar’s claim that her marriage to Elmi, a British citizen, came during a split from Hirsi. All available evidence suggests that her legal marriage to Elmi notwithstanding, Omar has always been in marital relationship with Hirsi.

Public documents, for instance, place Hirsi and Omar living in a home together in the Cedar Riverside neighborhood of Minneapolis in 2009, the year Elmi and Omar married, and two years before Omar claims she reconciled with Hirsi.

And, the report adds, the same address was listed for “both Omar and Hirsi in separate traffic violations in mid-2009, the year Omar and Elmi married.”  How does that work?

And, the Examiner said:

Under penalty of perjury, Omar wrote during divorce proceedings that she had not contacted or known the whereabouts of Elmi since the summer of 2011. She also said that she had no means of contacting him, and the district court judge wrote in the divorce decree that Elmi “has not signed a declaration of non-paternity as [Omar] has had no contact with him since before the child was conceived.” Thus the court granted her request to serve Elmi with divorce papers “by alternate means.” Once a week, for three weeks in a row during August and September of 2017, Omar published public summons to Elmi in a local newspaper, Finance and Commerce.

Contradicting this claim are images from Elmi’s social media account published by a Minnesota web outlet called Alpha News, which show Elmi with Ilwad on her day of birth. Elmi’s Instagram account was deleted before the Examiner could independently verify its authenticity.

Both outlets posted a great deal of information that should raise a number of questions.  The Star-Triubune said that Omar could simply let her family clear the air, but so far she has refused to make her family available.  Why?

And why won’t Omar herself address the issue?

Omar & Elmi both listed their address in their marriage application as a home in Columbia Heights. Hirsi, though registered a business to the Minnesota Secretary of State using that as his home address just three months after Omar’s legal marriage to Elmi. https://t.co/PrQDwbauZT

And then there’s this, which raises the question: Did Omar commit perjury?

Under penalty of perjury, Omar wrote during divorce proceedings that she had not contacted or known the whereabouts of Elmi since the summer of 2011. Elmi’s social media account published by Alpha News show Elmi with Omar's daughter in 2012. https://t.co/PrQDwbauZT

Lowe even invited Omar to email her:

BTW, @IlhanMN @Ilhan, feel free to email me and explain why you & your supposed ex-husband reported living together for 2.5 years when you were supposedly married by law and in faith to someone else. tlowe [at] washingtonexaminer [dot] com. https://t.co/PrQDwbauZT

Twitchy correctly notes: “Seems like a pretty easy thing to clean up, if, of course, she didn’t marry her brother.”