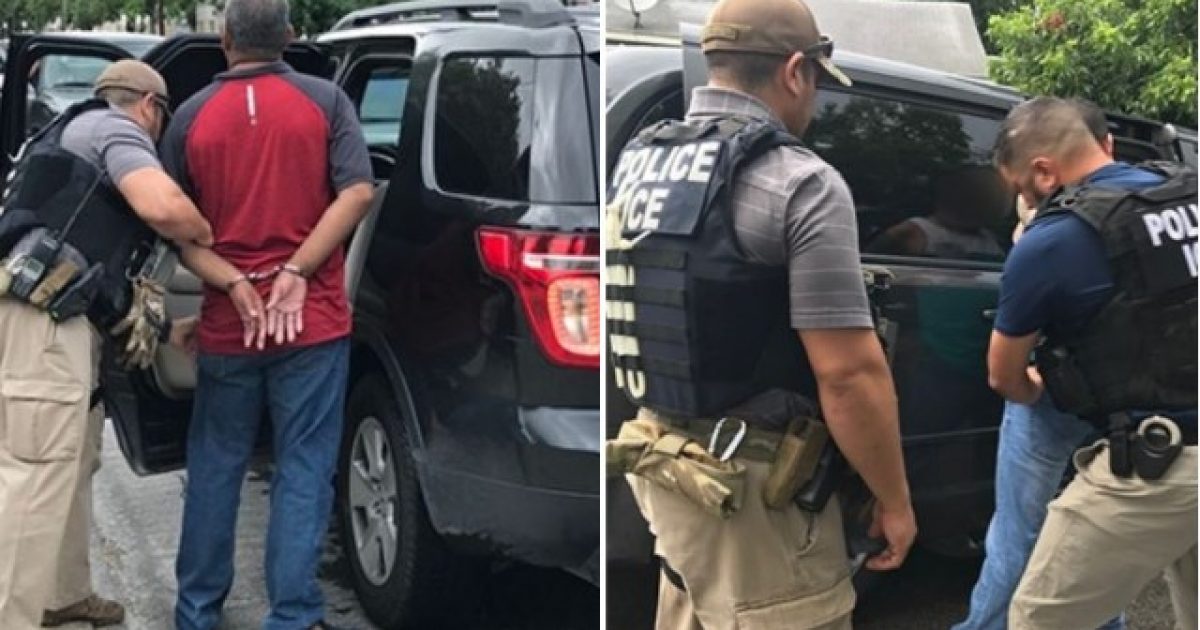 During this enforcement surge, ICE deportation officers made arrests in the following Texas cities: Rio Grande Valley (9), San Antonio (7), Laredo (20), and Austin/Waco (16). Of those arrested, 46 were men; six were women.

Aliens arrested during this operation are from the following three countries: Mexico (47), Honduras (4) and Cuba (1).

More than 67% of the aliens arrested (35) by ICE deportation officers during this enforcement surge had prior criminal histories that included convictions and or pending charges for the following crimes: assault, battery, domestic violence, traffic offenses, driving under the influence, drug possession, drug trafficking, larceny, illegal re-entry after deportation, illegal entry, resisting officers, and aggravated assault with a deadly weapon.

Eighteen of those arrested were immigration fugitives with a final order of removal; 21 others illegally re-entered the United States after having been previously deported, which is a felony.

Depending on an alien’s criminality, an alien who re-enters the United States after having been previously deported commits a felony punishable by up to 20 years in federal prison, if convicted.

The following are criminal summaries of four men arrested in the ICE San Antonio area of responsibility during this enforcement surge:

“ICE’s primary immigration enforcement effort is to target criminal aliens, public safety threats and individuals who have violated our nation’s immigration laws,” said Daniel Bible, field office director for ERO in San Antonio. “Our ICE officers provide a valuable public service by removing criminal aliens who pose a threat to their own immigrant communities, and they carry out the orders of federal immigration judges. There are 35 fewer criminals in our communities because of the efforts of our professional and dedicated officers.”

All the targets arrested during this operation were amenable to arrest and removal under the U.S. Immigration and Nationality Act.

ICE deportation officers carry out targeted enforcement operations daily nationwide as part of the agency’s ongoing efforts to protect the nation, uphold public safety, and protect the integrity of our immigration laws and border controls.

During targeted enforcement operations, ICE officers frequently encounter other aliens illegally present in the United States. These aliens are evaluated on a case-by-case basis, and, when appropriate, they are arrested by ICE officers.

We want to thank all the brave men and women who have dedicated their lives to keeping America safe.