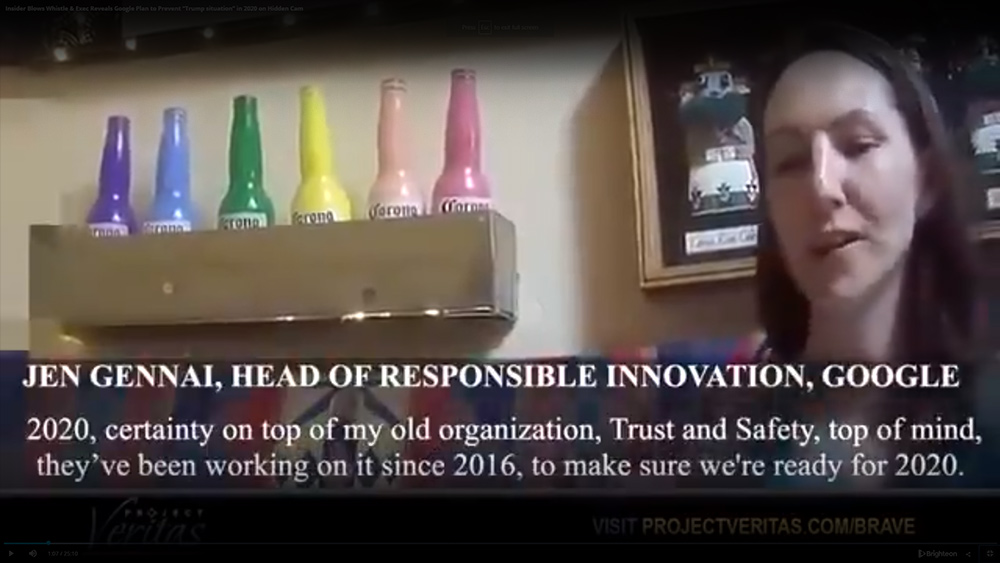 (Natural News) Thanks to the bombshell investigations of Project Veritas, we now have further confirmation that Google is a massive criminal enterprise engaged in election meddling, knowledge suppression and political coups.

Just hours after this video went public (see below), not only did Google censor the video on YouTube (yes, Google censors videos exposing Google censorship), now Google’s executives have gone into hiding to try to run from the truth about their criminal fraud.

In the bombshell video (see below), a Google executive named Jen Gennai openly admits that Google engages in massive election fraud and abuses its power to brainwash people into promoting Democrats while rejecting Republicans. This is an open admission of a massive, coordinated criminal conspiracy being carried out by Google.

It also proves that Google stole the 2018 mid-term elections and swept Democrats into a majority in the House. It was all carried out via fraud, censorship and criminal activities.

It’s time to arrest and prosecute all Google executives, including Jen Gennai, who is a true enemy of the people and must be located and brought to justice for her fascist crimes.

Watch the video here on Brighteon, and share this link everywhere:

Call your representatives in Washington (and your state Attorney General) and demand a criminal investigation into Google and the other tech giants. They are all engaged in criminal racketeering and massive fraud.