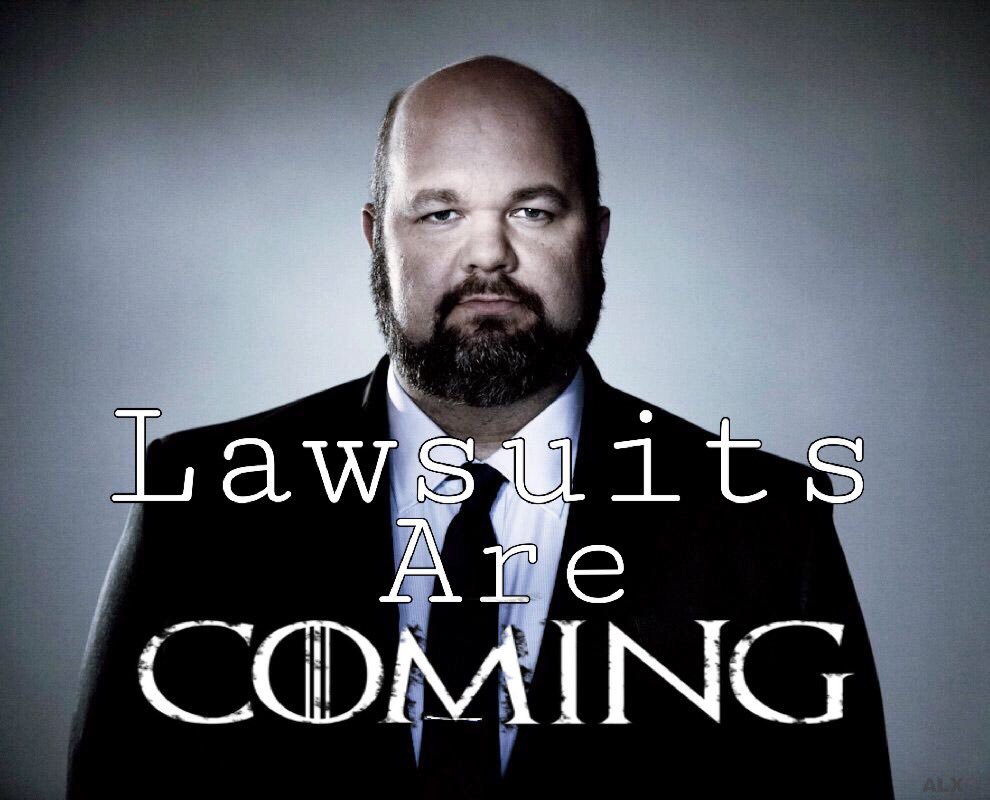 Of course, BuzzFeed led the charge with their fake news, which they had to reverse their headline on.

First, Paul Joseph Watson laid out the details of the attacks in a series of tweets.

“Jones is gonna be busy suing a lot of media outlets for this.”

He then followed up by tweeting, “This serves as a warning to anyone on the right. DO NOT open potentially malicious email attachments. The media will try to frame you for possessing illegal material even if you are the victim. Absolutely incredible.”

This serves as a warning to anyone on the right. DO NOT open potentially malicious email attachments. The media will try to frame you for possessing illegal material even if you are the victim. Absolutely incredible.

*correction* – the media claimed Jones sent the emails to lawyers, not parents.

Actually, Buzzfeed’s headline was originally that the emails were sent to parents of victims. The outlet didn’t even have the decency to post a correction notice, and have since removed comments that blasted them for a misleading headline. But hey, you can trust them because they have the green badge from NewsGuard (wink, wink), and we all know NewsGuard is about setting the standard in journalism (wink, wink).

Attorney Robert Barnes put the mainstream media on notice that lawsuits are coming.

At Infowars, it was posted:

The Sandy Hook media hoax has reached unprecedented levels with the MSM doing an all-out fake news assault on Alex Jones. Attorney Robert Barnes joins Alex via Skype to expose the MSM smears and reveal what’s next in the battle for free speech.

Then there was commentator and antichrist Ben Shapiro who also jumped right into the conversation in a similar manner that he did concerning the Covington slander and libel. Apparently, he didn’t learn his lesson the first time around and retweeted this. 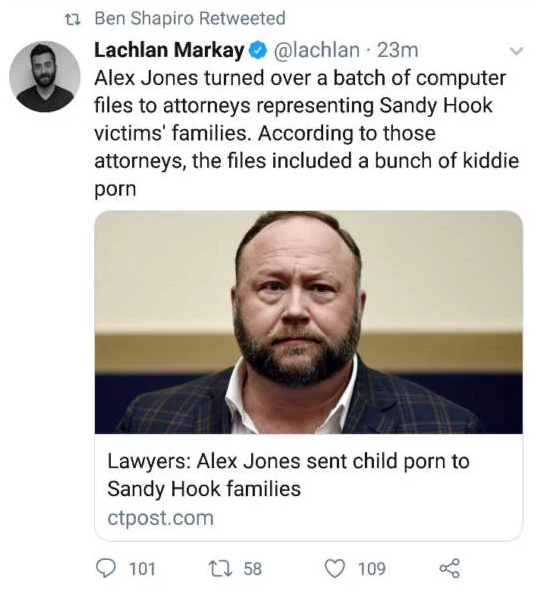 Apparently, I wasn’t the only one that saw that Shapiro didn’t learn his lesson.

Wait Ben Shapiro spread lies about Alex Jones today too without looking into the situation?

You're kidding me, right?

You'd think he would have learned his lesson after Covington

Expected better from a Harvard grad

It sort of makes you wonder if all that is done in an effort to scare conservative voices that speak the truth against real pedophiles and criminals, doesn’t it?