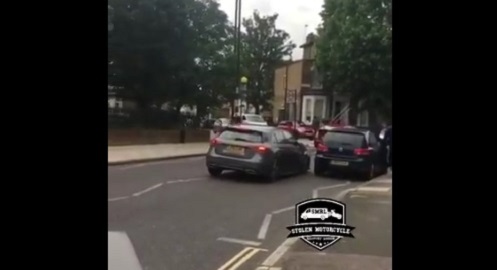 What happens to a country when unfettered, unvetted importation/immigration of individuals whose culture and belief system are anathema to its people and the immigrants refuse to assimilate? It’s called multiculturalism by liberal progressives, which results in unlawful activities increasing because the “immigrants” do not follow the host country’s laws. It’s what is happening in countries where practitioners of Islam have invaded in mass numbers. In the United Kingdom, Lloyds Banking Group has offered its staff guidance on acid attacks, which are on the rise.

Lloyds Banking Group in the UK is offering its staff “acid attack guidance” as corrosive substance attacks continue to rise across the country.

An image posted to social media shows a sheet of instructions telling employees what to do in the event of an attack.

“Immediately wash affected body part of patient with plenty of fresh water,” states the guidance sheet, as well as, “Lean forward so the water does not move the acid to other parts of your face or body.”

Four large water bottles have been placed below the sign, presumably to be used in the event of an acid attack.

According to the National Police Chiefs’ Council, London now has one of the highest rates of recorded acid and corrosive substance attacks per capita in the world.

There are 15 acid attacks in the UK every week, with three quarters taking place in London. This compares to two a month from 2007-2011. Knife crime across the country also continues to rise.

An acid attack was caught on camera just last week. The perpetrators carried out a separate acid attack earlier in the day, during which they wore Islamic headscarves to hide their identity.

Shocking images of Acid Attack recorded exactly when the guy was throwing it to the two males inside the car in east London. pic.twitter.com/0BhkUlTab1

With these attacks occurring mostly in London, what happened after 2011 that resulted in an increase in these attacks? It is the unfettered unvetted influx of Muslim invaders, who refuse to assimilate into UK culture, and the election of a Muslim mayor. Knife crime has continued to rise as well, resulting in a ban on certain types of knives. The government of the UK infringed upon the right of its people to bear arms by banning guns, leaving the populace defenseless.

From two acid attacks a month to 15 per week, with the majority taking place in London, is a significant increase – an increase that only resulted because of Muslim immigrants. While some would think that analysis is “islamophobic”, “racist”, “bigoted”, and “hate speech”, what other explanation is there? It is in countries with Islamic governments and majority Muslim populations where acid attacks have been the most reported, particularly against women.

Moreover, this attack was bold and brazen, taking place in broad daylight on a crowded London street. Another attack that occurred in broad daylight was the beheading of a British soldier, Lee Rigby, with a machete by an individual identifying as Muslim. The perpetrators of these attacks are unafraid of reprisal or police action.

Europe is the example of a future to come for the united States if the collapsed southern border is left open, immigration law unenforced, and unfettered unvetted illegal alien invasion continues. While it is known individuals from Central America are invading the US, there are individuals from Africa and other nations crossing as well. Many are caught and detained by Border Patrol agents, but others cross without encountering any border enforcement agents at all.