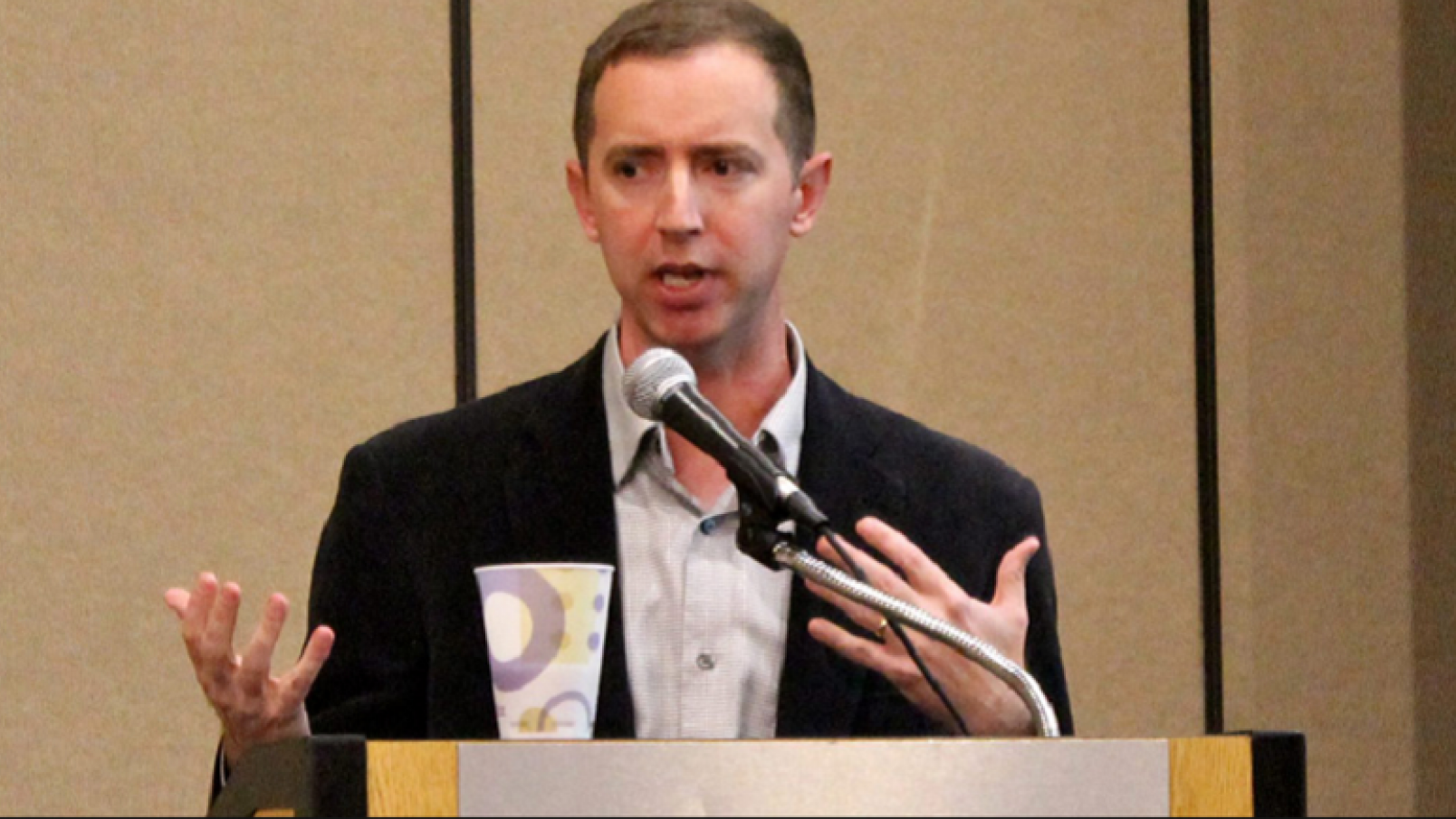 He could have become something worthwhile like a clerk at 7-Eleven or a sanitation worker, but instead, Todd Green is “associate professor of religion at Luther College and a former advisor on Islamophobia at the U.S. State Department.” And now, in a new article for the Muslim online publication AltMuslimah, he is helpfully sounding the alarm about the dangers of a violent, aggressive, authoritarian religious faith: Christianity.

Imagine wasting your life being an expert on “Islamophobia,” a propaganda term coined to intimidate people into thinking it wrong to oppose jihad terror. In his article, provocatively entitled “When Christianity is not a religion,” he details some cases of what he claims is “Islamophobia” and concludes:

This framing of Islam as more of a nefarious political ideology than a religion is also a staple in the repertoire of the Islamophobia industry. Anti-Muslim hate speakers such as Robert Spencer insist that Islam is not “just” a religion but “a political system that is authoritarian, supremacist, discriminatory, expansionist, violent, and aggressive.”

So apparently Green thinks I am an “anti-Muslim hate speaker” for opposing jihad terrorist violence and Sharia oppression of women and others. Were foes of the Nazis “anti-German hate speakers”? Todd Green might have thought so. In earlier ages, he would likely have been penning weighty pseudo-academic tomes about how opposing the Nazis makes you a bigot who hates all Germans. He and other “Islamophobia” “experts” make their living slandering and defaming those who oppose jihad terror, which will only have the effect of enabling more jihad terror. How Todd Green can live with himself, as the body count steadily rises, is beyond me.

The irony behind efforts to question Islam’s status as a religion is that it’s quite easy to turn the tables and ask the same question of Christianity: Is Christianity a religion? Or is it an oppressive political system bent on discrimination and domination, prejudice and persecution?…

Todd Green is supposed to be an academic, and therefore ostensibly dedicated to intellectual inquiry and to the acceptance or rejection of ideas on their merits. Notice here that he offers not a single shred of evidence to establish that Islam is not “a political system that is authoritarian, supremacist, discriminatory, expansionist, violent, and aggressive.” In Todd Green’s world, he doesn’t have to prove this false. He just has to present it, and his hapless readers will take it as self-evidently false, because it violates their mythology, the propaganda they have been fed for so many years now by the likes of Todd Green.

The only thing remotely resembling an argument this august academic presents is that “it’s quite easy to turn the tables and ask the same question of Christianity.” The only answer to that is “So what?” Green, evidently unaware of basic logic, is here committing the tu-quoque fallacy: pointing to something else and saying it is just as bad, which does nothing to establish the point. Christianity may be the most authoritarian, repressive system ever devised, and that wouldn’t tell us the first thing about Islam.

And of course Green never mentions other facts that torpedo his argument: to take just one example, he notes that the Bible doesn’t condemn slavery outright, but is silent about the fact that the abolition of slavery in Britain and the U.S. was spearheaded by Christian clerics and was based on the Christian idea of the dignity of every human person before God; no similar movement ever arose in Islam, which calls unbelievers “the most vile of created beings” (Qur’an 98:6) and has no problem enslaving them (Muslim countries abolished slavery only under Western pressure, and it still persists in North Africa and Saudi Arabia, even if officially illegal).

This clown is teaching young people. No wonder our colleges and universities are turning out hateful Antifa thugs, as full of self-righteousness as they are of ignorance, by the pound. That a sloppy and reckless pseudo-academic such as Todd Green would have a position at any American college, and be invited to disseminate his nonsense at other colleges and universities all over the country, is a telling indication of how our academic institutions have degenerated into Leftist propaganda factories.