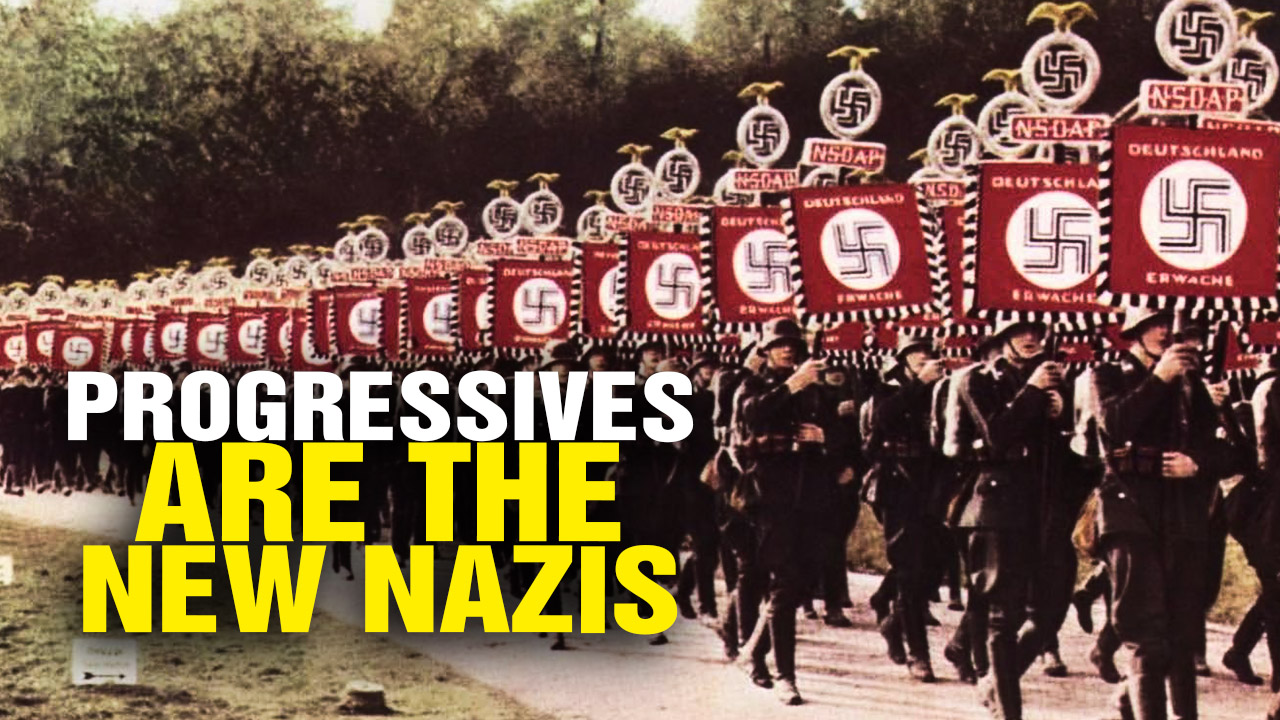 (Natural News) As we witness the shocking depths of criminality and evil being carried out by Google and its censorship agenda, it’s crucial to remember that every Google employee is complicit in carrying out these crimes against humanity.

These people are not just “following orders” like the East German soldiers manning the Berlin Wall. They are actively complicit in Google’s massive criminal schemes to interfere in U.S. elections and silence many of the most important independent voices and journalists of our time.

Google’s employees actively participate in these schemes, promoting them, engineering them and advocating for them. When caught on camera speaking their “truth” in what they believe to be private conversations, they casually brag about how they are controlling people’s minds and altering elections through devious interventions in search results and search suggestions. These people are fascists through and through. It is their philosophy to suppress others so that their own malicious agendas may be fulfilled by hook or by crook.

These complicit Google employees cannot stand back and say, “We didn’t know what we were doing.” They know full well what they are doing… and they knowingly pursue the stated goal of destroying human knowledge, silencing independent speech and altering election outcomes to fit their own twisted political persuasions (which are more often than not rooted in self-delusion and self-aggrandizement).

Google’s employees are actively participating in Google’s massive criminal enterprise, in other words. They do not apologize for it, either. They brag about what they are doing. They knowingly pursue fascist policies of speech suppression, online “book burning” and the destruction of human knowledge. This is who they are. And they will do anything to stay in power and suppress anyone who attempts to expose their crimes against humanity.

Now I realize how the German people “tolerated” the Holocaust

Watching Google’s own employees behave this way, I now realize how the people of Germany “tolerated” the Holocaust. They told themselves they were superior and that their inhumane actions were required to “make the world a better place.” They celebrated their own intelligence and academic achievements in private parties while dispatching their foot soldiers to carry out the silencing of the Jews. The German elite are reflected in today’s techno-elite who also tell themselves they are smarter, more educated and completely justified in eliminating the basic human rights of their political enemies. This is exactly what the German people told themselves as they wined and dined just miles from the concentration camps where human lives were annihilated in the interests of the fascist party.

Today, Google’s policies are weaponized to achieve economic annihilation against millions who built their businesses on honest content, hard work and playing by the rules to achieve legitimate search engine rankings for compelling content. But none of that matters to Google’s techno-fascists who might as well be the ones pulling the gold teeth out of the mouths of Jewish prisoners with rusty pliers. They tell themselves it is their right to suppress others, and as we’ve seen from Jen Gennai, a Google executive exposed by Project Veritas, Google’s internal leaders actually tell themselves they are doing all this out of “fairness” to humanity.

In seeing Jen Gennai on video, you are watching a twisted, devious, psychopathic cartel of online ethnic cleansing advocates who can justify absolutely anything as long as they are the ones who stay in power. Gennai is just a small example of the horrors of elitism and arrogance that Google nurtures into tomorrow’s online fascists. She is not an anomaly; she is a product of Google’s philosophy of evil criminality, collusion and destruction. Google has become a breeding ground for fascists and tyrants.

See, “Google executives must be brought to justice for their crimes and conspiracies: Election meddling, knowledge suppression and fraud.”

If we do not stop Google and the other tech giants now, they will expand their power far beyond that of the Third Reich, and they will abuse and exploit their power to crush humanity and enslave every human mind that interacts with the internet. Google’s deliberate destruction of knowledge and decimation of human dignity also puts Hitler’s book burnings to shame in terms of the sheer volume of knowledge being obliterated. Google is a threat to all humanity and a clear and present danger to our constitutional republic.

Google must be stopped. It must be dismantled. Its architects must be imprisoned.

It is time for the federal government to conduct armed raids on Google, Facebook, Twitter and the other tech giants. Their executives must be arrested and prosecuted for crimes against humanity, and all employees who were complicit in their crimes must be brought to justice. They are not innocent. They are evil and they are aware of what they are doing. They are the Fourth Reich, and they are the same type of dangerous fascists that the history of the world has long sought to eliminate from this planet in order to protect the innocent.

If Google continues to exist, humanity can never be free, and the innocent will suffer beyond anything history has ever shown us.

Dismantle Google. Shut it down. Prosecute its complicit employees and rid the world of techno-fascism once and for all. People who work for Google must be prosecuted to the fullest extent of the law. There are no innocent Google employees. They are all enemies of humanity.