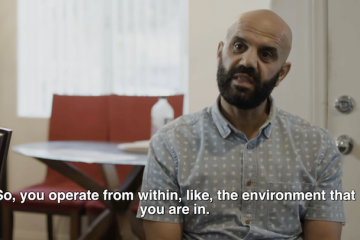 If you can’t get past the rhetoric of Islamic whitewashers like President George W. Bush and the usurper Barack Hussein Obama Soetoro Sobarkah, along with the mainstream media, then perhaps this video may convince you of what the Muslim Brotherhood actually is all about. Not only that, but it comes out of their own mouths.

Islamic scholar and author Robert Spencer introduces the video by stating, “Ami Horowitz interviews Muslim Brotherhood operatives in the United States and elsewhere, and they are surprisingly candid with him, exploding thers like fore narrative of the establishment media and Islamic advocacy groups in the U.S., who claim that the Brotherhood has no presence here and is benign anyway.”

Now, you can be sure why many have pressed representatives in DC to designate the Muslim Brotherhood as a terror organization, which would also provide the same designation for their front groups such as CAIR and ISNA.