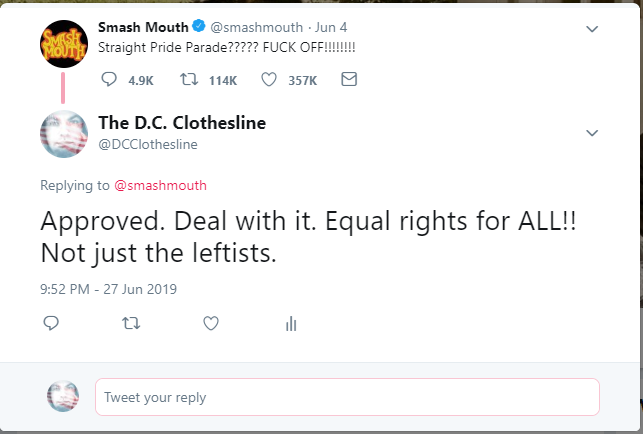 The suspense is over and…

Super Happy Fun America invites you to celebrate the diverse history, culture, and contributions of the straight community!

The Straight Pride Event will be held to achieve inclusivity and spread awareness of issues impacting straights in Greater Boston and beyond.  It will be a one-day event consisting of a parade followed by a flag raising ceremony.

The City of Boston rejected Super Happy Fun America’s application to raise the straight pride flag at city Hall.  Unfortunately, the Walsh administration is not yet committed to creating a supportive environment for straights and equality for all.   However, we congratulate the City for having the courage to embrace progress by approving our parade application.

We will continue to educate the Mayor and the public in anticipation that one day straights will be able to celebrate their lifestyle like everyone else.  What better way to educate and foster unity than by having a parade!

It’s official.  The City has confirmed that they will approve the permit.

Ironically enough, I first heard about this from SFGate???

Of course they would be keeping up with all things LGBTQ.

SFGate reported Thursday that the permits are now approved.

I bet some of their journalists are on suicide watch and suffering from Trump Derangement Syndrome.

City of Boston officials have approved an application for a controversial “Straight Pride Parade” planned for the end of August.

The application for the parade indicates that organizers expect up to 2,000 people to join the march from Copley Square to City Hall Plaza on Aug. 31 at noon. City officials said that request was approved Wednesday and emphasized they cannot deny a permit based on an organization’s values.

The application lists John Hugo, of Woburn, as the primary organizer. He ran in 2018 for the 5th Congressional District, which represents Boston’s northwest suburbs, and his marquee endorsement was Massachusetts Citizens for Life, an anti-abortion group.

Since when is being straight controversial?

The once famous band “Smash Mouth” evidently does not approve of the idea of straight people marching.

So I felt the need to send them an update:

Approved. Deal with it. Equal rights for ALL!! Not just the leftists.

Maybe that’s because I tweet something personal about once a year.

A few likes would be nice though. 😉

Anyway, somehow gays (and leftists in general) have forgotten that we still outnumber them.

I think I’m going to go out back now and burn the 2 Smashmouth CDs that were once part of my collection. The guy downtown laughed at me when I tried to pawn them.

I think his exact quote was, “Where do you think you are boy? San Francisco?”