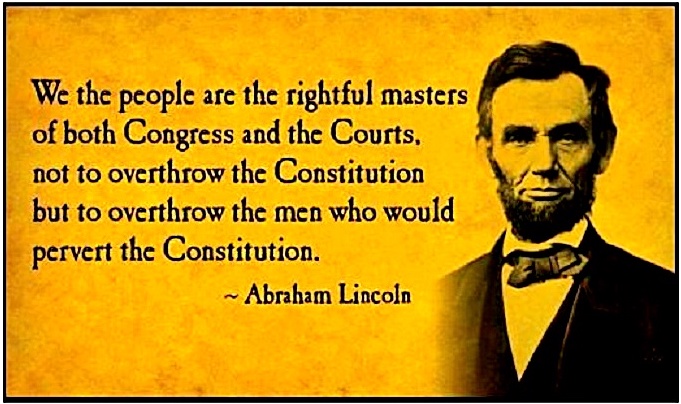 Elder Patriot’s Opinion| In order to begin understanding what you are living through, consider the un-American platform that Democrats have coalesced around – environmental Marxism, refusing to protect the nation’s borders, confiscatory tax rates, the establishment of a police state, refusing to properly fund our military, and the demonization of the nation’s founding American demographic (white Christians).

Only after that consideration can you put the severity of their attempted coup against Donald Trump into proper perspective.  Only then can you understand that the enemy within is more dangerous than any foreign power could ever be.

Once you have grasped how unmoored Democrats have become from any semblance of Americanism will you be able to understand that they committed treason as a pre-emptive attempt to keep Trump from tearing down the march to Marxism that they spent the better part of a century building.

Former CIA agent turned whistleblower, Kevin Shipp, held nothing back during an hour-long interview with Greg Hunter on USAWatchdog.com.

“Yes, this is a coup. This is the most shocking violation of the Constitution and criminal activity in the history, not just of America, but of a western government. Much of this rises to the level of treason. People need to understand how shocking this is. It was a clear conspiracy. There will be arrests and indictments without question. . . . This was a coup. It was a conspiracy. It was criminal activity. These people need to be indicted, charged and need to be put in prison, and if they’re not, then our Constitution is nothing more than a sham. This was a coup against a duly elected President, and people need to understand how serious this is.”\

“We have a not so covert civil war going on right now that has been brewing over 60 years. We have the ‘Dark Left,’ and the DNC is fully involved with all their Congressmen and Senators. There is a Marxist movement within the DNC that is in control right now. You can match up the progressive goals with Marxist documents, and you can see they are one in the same. . . . They have to change and eliminate the Constitution. . . . They want to change the First Amendment and the Second Amendment first of all. Second of all, they despise and are targeting Christianity because Christianity . . . underlines the Constitution and is mentioned in the Declaration of Independence. That’s their second target they have to destroy. Their third target is the founding principles of America. That’s our culture. They have to destroy those three things if they are going to overturn our Constitution and turn this into a global Marxist government. That is not an understatement. . . . It’s not the same party of JFK. It’s now a Marxist party and an umbrella for every victim, twisted and perverted group that has nowhere else to go. This is a mortal blow to the Democrat Party when these things come out.”

“They have been using ‘classification’ as a way to cover up illegal activity. The CIA has, especially in the case of this coup, not just in this, but in other things they have done criminally. They have been withholding things from Congress using ‘classification’ for decades. Trump knows what those are, and he is going to demand that classification is removed so the American people can see it. I am going to be dancing on top of my house if and when that happens.”

Everything is going to be declassified and more, much, much more than what you just mentioned.  It will all be declassified. – President Donald Trump

The bet here is that he’ll slowly release a whole lot more.  After all, he promised to drain the swamp and that encompasses many more so-called elites growing fat off of our tax dollars.

Shipp warns us, however, that these Marxists will not go down without a fight… literally.

“The danger for ‘We the People’ is the Dark Left and Dark Left violence. As these indictments begin to come out, and as the players are called out, the violence on what I call the Dark Left, the violence is going to increase to the point where it’s going to be very, very bad. There are going to be beatings and probably shootings, and shooting at police. . . . There is going to be a lot of violence coming from the Left in the next year or two. This is one of the reasons you need to exercise your 2nd Amendment rights . . . because of what the Left is going to do with these findings and what is going to be the death knell for the Democrat Party and the death knell for taking over our Constitution and culture. They will exponentially bring up their violence, and Americans need to arm themselves and protect themselves against that.”

Get ready for the fireworks patriots!

H/T Sundance at the Conservative Treehouse