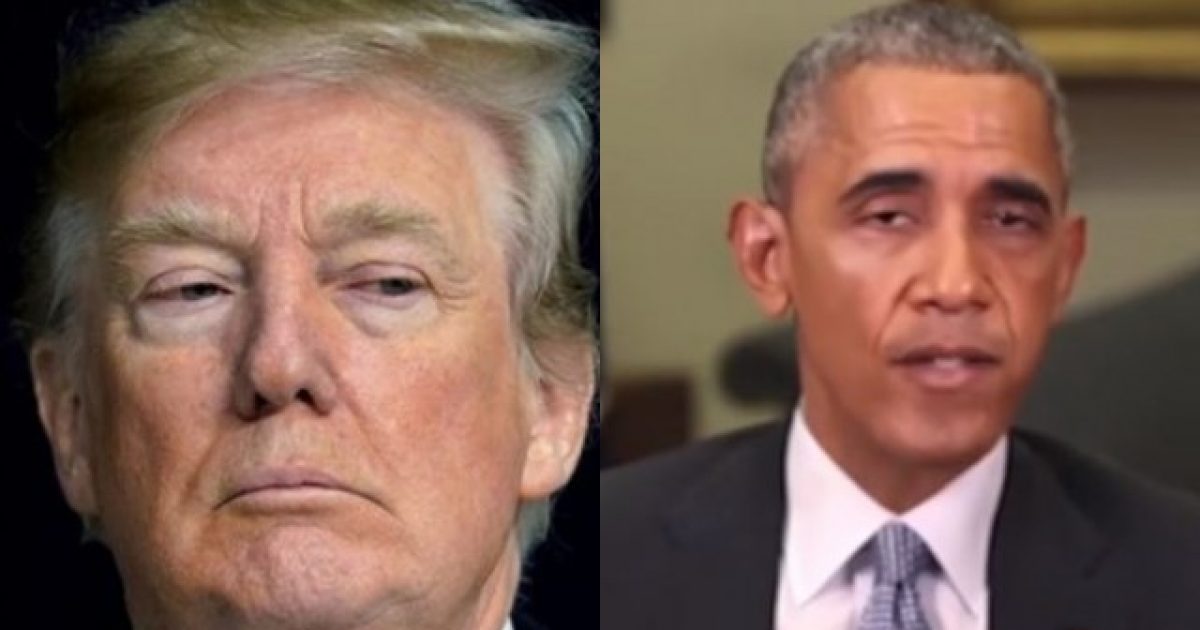 Flashback: Trump May Have To Invoke ‘Insurrection Act’ To Protect The Country After Another Obama Judge Blocks His Border Wall Construction

According to reports, U.S. District Judge Haywood Gilliam of the 9th Circuit had previously issued a temporary injunction after President Trump issued a national emergency and announced that he would use Defense Department funds to build the wall and secure the southern border of the U.S.

Adding insult to injury, Judge Gilliam was a regular financial donor to Obama’s two campaigns, according to FEC records.

Also, “Gilliam donated additional funds to Obama’s re-election campaign, sending $13,500 to Obama for America and Obama Victory Fund 2012. He also donated $4,500 to the Democratic National Committee. From 2012 to November 2014, he sent $3,100 to the Covington and Burling LLP PAC,” according to a report from The Epoch Times.

Clearly, this is another politicized decision from the Judicial Branch, which should not have any say whatsoever over the Executive Branch’s decision to allocate otherwise unallocated funds for whatever purpose the administration chooses, especially during a declared national emergency.

In May during a speech, Attorney General William Barr said such nationwide injunctions are not only improper but also “undermine the democratic process, depart from history and tradition, violate constitutional principles, and impede sound judicial administration.”

Also, as the Washington Examiner reported:

A New York University Law Review paper in October 2017 listed many practical problems with such injunctions, and its key point was that they violate constitutional principles, undermining “the structural design of the federal courts by allowing a single lower court to make nationwide law.”

It may be time for the president — and we don’t say this lightly — to supersede these rogue federal judges and simply exercise the authority the Constitution grants him, and let the chips fall where they may. The Supreme Court could reign in these districts courts and force them to refrain from issuing unconstitutional nationwide injunctions, but it hasn’t. Congress, under Article III, Section 2, paragraph 2 of the Constitution, could as well, but Democrats will never go along with it because ‘their’ judges are impeding the Trump administration.

There is another legal maneuver the president could use to impose his authority, under the law and under the Constitution. POTUS Trump was reportedly considering it last month; we are republishing the story here:

While abortion is in the news this week after Alabama passed the most expansive pro-life legislation in generations and Missouri is set to do the same, it’s the issue of illegal immigration that could actually spark new violence between the federal government and Leftists in deep blue states who believe in open borders.

A report from The Daily Caller that was widely ignored by most other media outlets claimed that POTUS Trump is seriously considering invoking the 1807 Insurrection Act and utilize its “tremendous powers” to begin widespread deportations of people in our country illegally.

Under the Insurrection Act of 1807, the president has the authority to use the National Guard and military in order to combat “unlawful obstruction or rebellion” within U.S. borders. The act was last invoked in 1992 by George H.W. Bush to quell the Los Angeles riots, and was also used by Eisenhower in 1957 to enforce school desegregation in the south.

An official expressed concerns that Trump’s use of the act’s powers would face legal challenges, pointing to the lawsuits against the president’s travel ban from majority-Muslim countries. However, as the official noted, the travel ban ultimately prevailed in the Supreme Court.

Of course, Trump’s invocation of the act will spark a legal challenge from Left-wing groups; that’s par for the course. This president can’t use any of his lawful, constitutional authority without having whack job anti-American types take him to court. But as the official who spoke to TheDC noted, the Supreme Court has been a godsend not just for POTUS Trump but for the rule of law in America.

In addition to the Insurrection Act, POTUS is also said to be considering declaring America full — that is, unable to accept any more migrants, especially after this year is proving to be the highest on record in terms of illegal immigrants crossing the border.

“If you take a ship and it holds 1,000 people maximum — one more person and the ship is going to collapse,” the official explained. “The country is full.”

“Our hospitals are full, our detention centers are full,” the official added.

Besides legal challenges, this decision to invoke the Insurrection Act is also very likely to cause episodes of violence, especially in cities and states along the liberal coastlines where sanctuary cities are the rule rather than the exception.

But frankly, this president has little choice. As Cornell University’s Legal Information Institute notes, under the Insurrection Act statute, “whenever the President considers that unlawful obstructions, combinations, or assemblages, or rebellion against the authority of the United States, make it impracticable to enforce the laws” of the country, he has a right to invoke the powers he needs to enforce laws.

What’s going to be interesting, to say the least, is watching the reactions of governors of blue states who have been depriving POTUS Trump of his use of their National Guard troops along the border.

While Guard forces first fall under the command of their respective state governors, the president has the authority to ‘federalize’ them, take command of them, and direct them into federal  (scores of Guard units have served on federal active duty in Afghanistan and Iraq).

If POTUS were to call up Guard forces to enforce the laws of the country — and those governors were to refuse — they could be subject to arrest.

And then…it’s hard to say what would happen next.