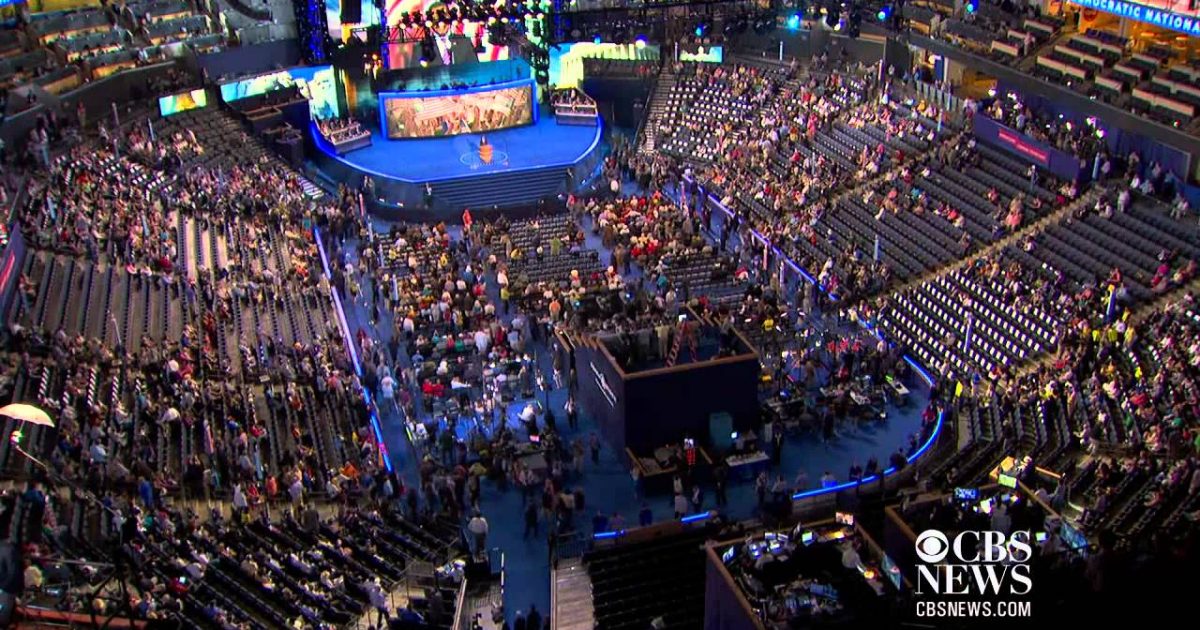 (True Conservative Pundit) In the 2012 election the Democrat’s position was anti-God, in fact a headline from their convention mentioned God in this manner:

Then in 2016, the DNC convention opened with prayer – and the crowd loudly booed.  Granted the speaker called for the nomination of Hillary, but still.

Jump to present day – the Democrats are the anti-God party, anyone denying this is either ignorant, or just plain stupid.

Ilhan Omar who in this writer’s opinion is a clear threat to the well being of America and her people – claimed that the notion of America being founded on Christian values was:

Pete Buttigieg called into question Vice President Mike Pence’s Christianity while asserting that he (Pete) was a better “Christian” than Pence.  Please Mayor Pete, your “understanding” of the Bible is seriously flawed and completely ridiculous, and you are certainly no Christian.

The Democratic Party leaders of today tend to view religion as something that divides us all, something that merely presents a problem, an unwelcome intruder into politics and American life.  Beto O’Rourke is one such Democrat; there are many others such as – Bernie Sanders, Elizabeth Warren, AOC, and Kirsten Gillibrand among others.

The Democratic Party has always been the party that is NOT of or FOR We the People.  The Democrats supported slavery, opposed the Reconstruction in the South, started the Ku Klux Klan, and opposed civil rights etc.  Watch the Prager U video on this to learn more.

In the present day, Democrats are for abortion and infanticide, open borders, illegal sanctuary cities that protect even murderers and child molesters, support for the LGBTQ agenda, support for Islam while condemning Jesus Christ, and stripping away the rights of Christians while supporting the rights of homosexuals and transgenders etc.

It was the Democrats who attempted to illegally prevent Donald Trump from becoming president, and then attempted to, and still are even today working to remove Trump from the presidency.

It is the Democrats who are attempting to destroy the Electoral College.

I wrote back in April of this year that the Democrats and their sympathizers (Politicrats) hate America:

“The Politicrats have no values, unless you would consider obstructionism, corruption, whoring, political correctness, liberalism, socialism, communism, lying, self-aggrandizement, murder, and treason as values – then the Politicrats have all kinds of values.”

Fox News reported today that the DNC is moving to solve the Democrats “God problem.”  The article states that:

“Political pundits said Democrats have a God problem and their latest move shows they are taking steps to solve it.”

Really???  I very much disagree with that statement.  The Dems are taking steps to implement a campaign of manipulation and lies presented by know-nothing, smooth talking liars in order to shore up their dwindling voter base – good luck with that.

“The DNC hired former Washington, D.C. anti-Trump pastor, Rev. Derrick Harkins, who held a similar position in 2012 and has been the senior vice president of Union Theological Seminary in New York City, which recently celebrated ‘rejoicing in the queerness of God.’”

This latest move of the DNC, AKA the Democrats solves nothing in regard to God, if anything, this might well be the final nail in their communal coffin, at least we can hope so.  All that this “move” accomplishes is to reinforce the fact that the Democrats as a whole are anti-God but are willing and able to lie to the American people while steadfastly claiming that their version of “Christianity and God” is much maligned and misunderstood.

Read that last quote again – celebrating and rejoicing in the queerness of God.  One need not read anything more that these fools have to say, case closed, done.  God is NOT queer, nor does He celebrate homosexuality, gay marriage, transgenderism or the murder of babies.

This so-called pastor, Derrick Harkins, is nothing more than a fraud and a false teacher shamelessly preying on people and teaching a blatantly false gospel that has nothing whatsoever to do with the real God.

Leviticus 18:22 Thou shalt not lie with mankind, as with womankind: it is abomination. (KJV)

Romans 1:26-27 For this cause God gave them up unto vile affections: for even their women did change the natural use into that which is against nature: 27 And likewise also the men, leaving the natural use of the woman, burned in their lust one toward another; men with men working that which is unseemly, and receiving in themselves that recompence of their error which was meet. (KJV)

How much clearer can it get?  I would note here that God as well as true Christians do NOT hate LGBTQ people as we are often accused of, at the same time however, what these people do is a sin, just like being a drunk is a sin – and I will admit here that I was at one time a drunk.  We all sin, but there is a world of difference between committing a sin, and actively supporting the commission of others sins.  I loved my former brother-in-law; he was and is a great guy, that however does not change the fact that his homosexual lifestyle is wrong in God’s eyes.

The DNC has hired themselves a pretend pastor who will justify their views on Christianity, except that their views, (the Politicrats) have very little to do with God and Christianity – how convenient.

The Politicrats support and defend:

God does not support any of the above, but the Democrats while trying to say they are “Christians,” or at the very least are not against God – DO support them all and more.  These people are no more Christians or believers in God than I am the tooth fairy.

The Fox article referenced above also mentioned the Democrat belief in “Progressive Christianity,” which is NO Christianity at all – and is in fact a belief system that is actively destroying the Church of today and leading people into Hell itself.  Remember Jesus’ words concerning the sheep and the goats, these are the goats, God help them.

The Politicrats and their allies, the mainstream media, as well as most social media sites these days – are a very slick, well funded, extremely manipulative, and very effective anti-God and anti-conservative machine.

Any people group that asserts their support for wide-spread debauchery, crime, is anti-American, lies and manipulates the people at every opportunity – cannot claim the moral high ground let alone claim they support and believe in God.  Their god, (Satan) is no god of mine, and it’s high time that We the People see them for what they really are.

Read more about how the Democrats un-American values, liberalism, socialism, lies and manipulations, and their anti-God stance is destroying not only the Church, but also all of America in my new book, available on Amazon.

I and many others have spent an innumerable amount of time warning people about the clear and present danger the Democrats pose to our well being – I’m just afraid that most are not listening to us.

When America is a socialist/communist country run by the Politicrats, don’t say you were not warned – but then it will be a little too late to listen.

Subscribe to my daily newsletter, and join hundreds of daily readers and receive news and relevant commentary.

New York has become Chicago in the 40’s – gunfights in the street
June 14th, 2021 The Joe Messina Show

The Testimony That No American Should Overlook! (Video)
June 14th, 2021 Sons of Liberty Media