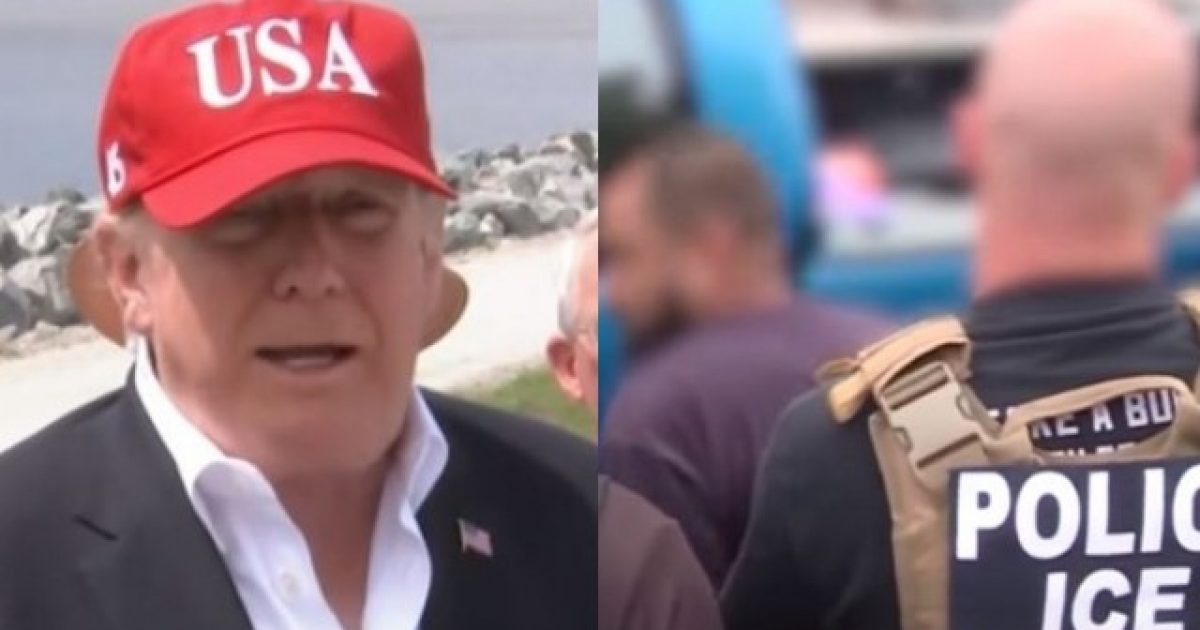 On Saturday, President Donald Trump declared that Immigration and Customs Enforcement agents would begin previously scheduled operations to remove illegal aliens from the United States who have been ordered out of the country by immigration courts sometime “after July 4.”

“We will be removing large numbers of people … starting in a week after, you know, sometime after July 4th,” the president said during the G-20 Summit in Osaka, Japan.

The president’s announcement comes a day after another federal judge in California issued a permanent injunction against the administration’s intent to use unallocated Pentagon funds for border wall construction.

“We’re immediately appealing it and we think we’ll win the appeal,” the president said at a press conference following the ruling. “There was no reason that that should have happened.”

U.S. District Judge Haywood Gilliam of the 9th Circuit “had previously issued a temporary injunction after President Trump issued a national emergency and announced that he would use Defense Department funds to build the wall and secure the southern border of the U.S.,” TGP reported.

Adding insult to injury, TGP noted further that Gilliam was a regular financial donor to Obama’s two campaigns, according to FEC records.

Last week, ICE raids were scheduled in several major U.S. cities after the president, earlier this month, announced via Twitter — and without providing details — that they would take place.

Operational details including the cities were ICE raids would be conducted were then leaked to The New York Times, leading the White House and the agency to call them off, though only temporarily.

The president also said at the time that he ordered the operations delayed two weeks “at the request of Democrats,” which he later said was in response to a plea from House Speaker Nancy Pelosi (D-Calif.). Some analysts noted that Trump agreed to the request simply because he knows congressional Democrats aren’t serious about addressing loopholes in asylum laws and other security measures including building a wall.

“At the request of Democrats, I have delayed the Illegal Immigration Removal Process (Deportation) for two weeks to see if the Democrats and Republicans can get together and work out a solution to the Asylum and Loophole problems at the Southern Border. If not, Deportations start!”

At the request of Democrats, I have delayed the Illegal Immigration Removal Process (Deportation) for two weeks to see if the Democrats and Republicans can get together and work out a solution to the Asylum and Loophole problems at the Southern Border. If not, Deportations start!

As we noted yesterday, earlier this year the president announced he was contemplating action under the Insurrection Act as a means of pushing back against federal courts unconstitutionally limiting Executive Branch authority, both for the border wall funds and for other security policies well within a president’s authority to implement.

Democrats are never going to be serious about border security. Leftist groups and Democrat-run states are also going to continue trying to tie the president’s hands via federal courts. At some point, if the Joint Declaration with Mexico proves unsuccessful, POTUS will have to take extreme measures not just to implement his policies but to protect the authority of the Executive Branch and the Constitution.