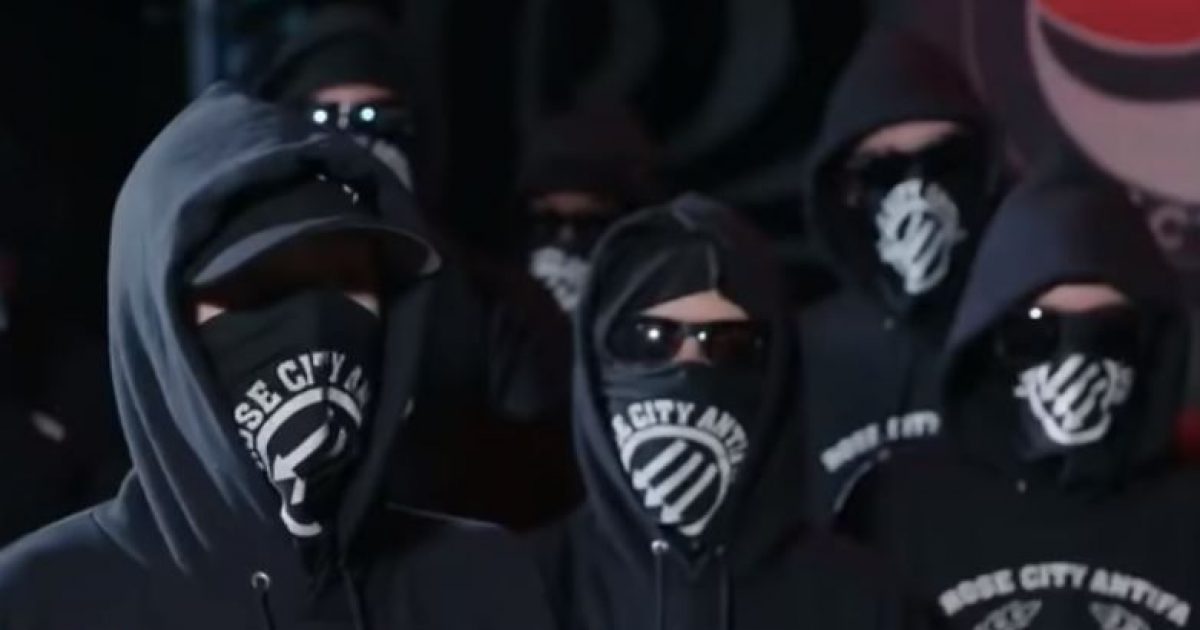 Antifa Planning To Use Acid In Attacks On Conservatives At D.C. Speech Rally?

Following a vicious attack on right-leaning gay Quillette journalist Andy Ngo in Portland, Ore., on Saturday while covering the city’s latest antifa crime fest (er, sorry…’demonstration’), another alleged supporter of the group is threatening (online) to use acid when attacking conservatives at a speech rally in Washington, D.C., this coming weekend.

A person utilizing artwork created by a Rolling Stone journalist who writes favorably about Antifa has threatened to attack attendees of the Demand Free Speech rally with “muriatic acid, wax, and balloons” on July 6 in Washington, D.C.

The threats were made on a popular right wing Telegram channel. A user with the name “POUND ON YOUR BOY” made several threats against the rally, prompting co-organizer Enrique Tarrio to contact the FBI and DHS, who are now planning to provide additional security to the event.

Over the course of about 10 minutes last night, the “POUND ON YOUR BOY” account asked how the D.C. event is “coming along”, and referenced muriatic acid multiple times.

“I just want to toss as many balloons of Muriatic acid in the faces as many Proud Boys I can [sic]”, wrote the user, “I just want to blind as many of you c**k suckers are possible [sic].”

Oh, the Left-wing ‘tolerance’ and ‘compassion.’

The user continued making threats and concluded his thread with, “We already have the Muriatic acid, wax, and balloons.”

What makes the threat especially onerous, according to Tarrio, is the use of the wax. At present, muriatic acid is available at just about any pool or home improvement store, and it’s already dangerous on its own, being able to cause severe burns.

However, it can be washed off quickly with water. But when combined with wax, it immediately forms a film like candle wax and clings to the injured person’s skin. Tarrio says that could cause a deeper burn on the skin and has the ability for the acid to get into a victim’s bloodstream, causing a cardiac arrest.

“It starts with milkshakes, then it escalates to what happened to Andy Ngo, and now they’re threatening us with acid attacks,” Tarrio told Big League Politics. “All because we want to defend free speech in Washington, D.C.”

“We will not be intimidated with these tactics of fear and fascism. We will celebrate our First Amendment without apology,” he continued.

While researching the “POUND ON YOUR BOY” name and cartoon profile photo associated with the Telegram account, Big League Politics was able to identify Twitter and Instagram accounts with the same phrase and artwork.

The artwork and phrase were created by Fagan Kuhnmuench, a Rolling Stone and Playboy journalist who repeatedly writes articles and social media posts sympathetic of Antifa.

Kuhnmuench was contacted by Big League Politics and said that the account associated with his artwork is not his — that he’s not on the platform. He didn’t provide any commentary about his artwork being used to threaten violence.

CIVIL WAR IS ON THE HORIZON.