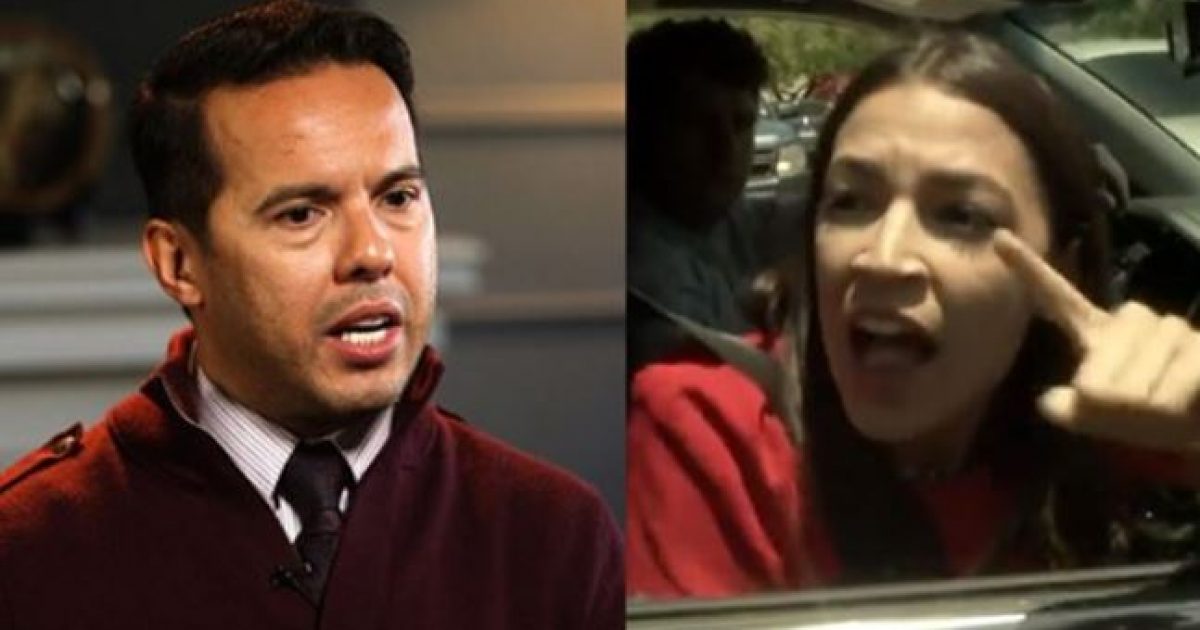 Opinion Of Elder Patriot | If this report by Fox News is accurate, (we have every reason to believe that it is), then radical Maxist Rep. Alexandria Ocasio-Cortez, is openly lying to the American people.

What makes this even worse is the Marxist propaganda media giving credence to AOC’s disinformation and lies without touring the facilities for themselves.

Rep. Ocasio-Cortez has been intent on painting America as an unjust country as she endeavors to convince voters that only her Marxist philosophy can save them from Trump, capitalism, and hell.

That was the case after she toured two border detention facilities and then, if Reverend Samuel Rodriguez is telling the truth, lied about what she had seen and experienced.

Rev. Rodriguez was so alarmed that he arranged to tour the same facilities immediately upon reading the allegations made by Rep. Ocasio-Cortez.

After his tour, Rev. Rodriguez, the President of the National Hispanic Christian Leadership Conference, speaking on behalf of a group of pastors who toured the facilities along with him, reported something entirely different:

I read the reports, saw the news clips. I just wanted to see what was actually happening in order to better enable our efforts to find a fair and a just solution to our broken immigration system.  To my surprise, I saw something drastically different from the stories I’ve been hearing in our national discourse. Even as a veteran of immigration advocacy in the U.S., I was shocked at the misinformation of the crisis at the border.”

“We found no soiled diapers, no deplorable conditions and no lack of basic necessities.”

Pastor Carlos Moran is an NHCLC board member and immigrant:

“We, as evangelical leaders that serve in different segments, are very committed to helping children regardless of their status and we commend those officers that are trying their very best to serve and fulfill their duty at the border. However, we do call on our political leaders to set aside their personal agendas and begin focusing on resolving this immigration crisis.”

Rev. Samuel Rodriguez (center), president of the National Hispanic Christian Leadership Conference, with an accompanying delegation of pastors at the Clint Patrol Station this weekend in El Paso County, Texas.

According to Rev. Rodriguez, who has advised President Trump, as well as Presidents Barack Obama and George W. Bush on immigration reform, CBP agents, many of whom are themselves Hispanic, told him:

“Pastor Sam, what they’re saying about us is completely false. We care about these kids and have a passion for our calling.”

Then Rev. Rodriguez placed blame for whatever ordeal the illegal border crossers have been forced to endure squarely at the feet of Rep. Ocasio-Cortez and the rest of the posturing do-nothing Congress:

“What’s heart-wrenching is that we have both Republicans and Democrats alike in Congress, who can’t come together for the purpose of doing the right thing and finding a solution to our immigration crisis.”

Reverend Rodriguez went so far as to tell Fox and Friends: “President Trump may surprise the world and succeed in passing immigration reform.”