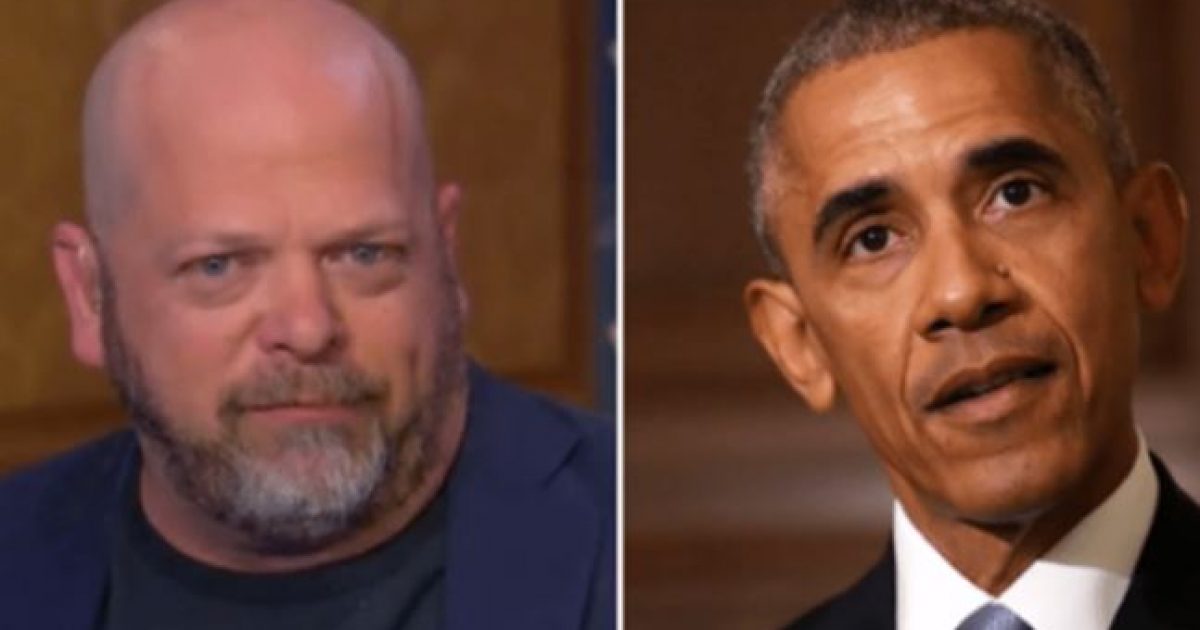 If you’re familiar with the hit television show, Pawn Stars, you may know that Rick Harrison, the shop owner, has never been overly political.

He is a hardworking kind of guy who happens to be a reality TV star. He likes to keep his personal life and personal opinions somewhat of a mystery. But there are certain things Harrison doesn’t feel comfortable keeping quiet about, and World Politicus has just reported that he has just broken his silence about his feelings on former President Barack Obama.

The things Harrison had to say about former President Barack Obama aren’t good… at all.Harrison, who is the owner of Gold and Silver Pawn Shop in Las Vegas, Nevada, is also a popular television star. He works hard everyday to to feed his family and keep his business running smoothly. He came forward to explain how Barack Obama made it extremely difficult for him to simply do his job and make money. Harrison explained that Obama is a total hypocrite who made it “literally a nightmare”to run a small business.

Harrison was quoted saying, “The effect of the eight years of Obama is finally showing up.” He was criticizing the former President and the mainstream media for the ridiculous attacks on President Donald trump.

Those who actually listen to the mainstream media believe that Barack Obama was a “bipartisan” hero. You would also believe that he was a great man who did a great job as President. The truth of the matter is that Obama was the exact opposite, and Harrison has something to say to anyone who thinks Obama is one of the good guys.

Harrison explained of his business, “We had .7 GDP [growth]…in the last quarter, and if you figure GDP the way we did four years ago, that would be negative growth. Four years ago…they decided all research and development [suddenly] goes into the plus column instead of the expense column and…it was a way the administration actually boosted up GDP.”

In shorter terms, Obama’s people “cooked the books.” They purposely lied in order to make the American economy look better than it really was. The impact is hitting Americans hard now that he is out of office. Harrison is one of many who want President Trump to put the oust on Obamacare once and for all. He is supportive of President Trump and his goals to cut regulations and keep driving on to lower taxes for the masses.

Harrison is a man who truly understands just how dangerous Barack Obama was for America. The negative effects of his presidency are still weighing heavily on Americans today. Harrison is an example of a hard working American who simply wants to be able to make a fair living, but our government has made it extremely hard. There are so many Americans who feel the same way as Harrison, but if you listen to the mainstream media you wouldn’t ever know it.