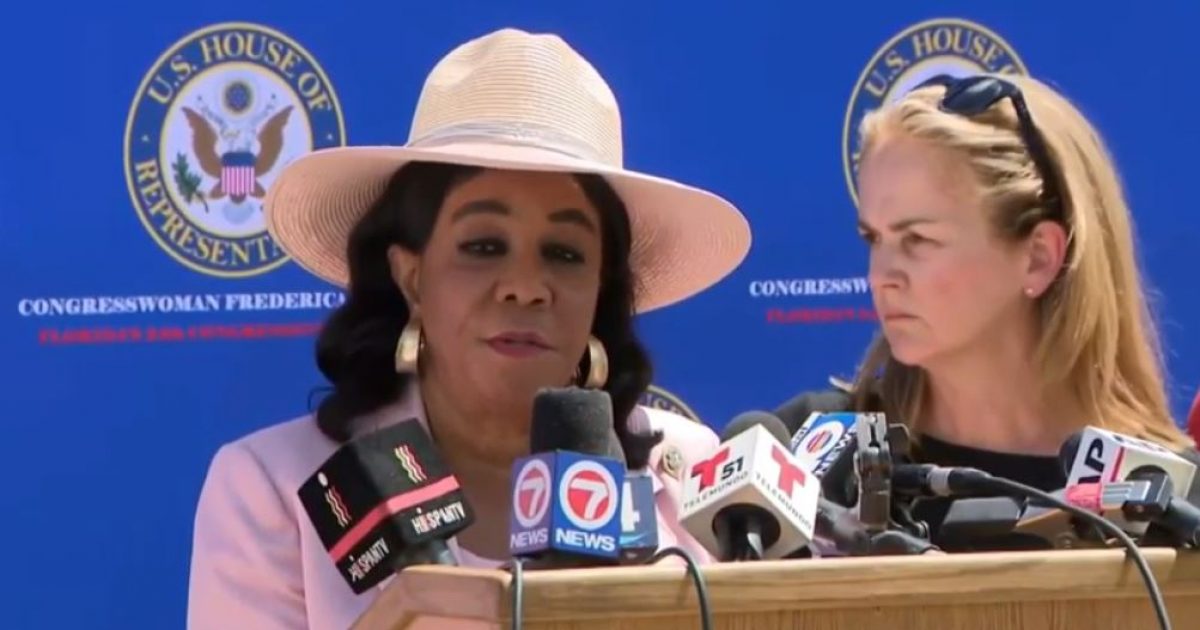 While speaking outside the Homestead Temporary Shelter for Unaccompanied Children in Homestead, Florida, on Tuesday, Rep. Frederica Wilson demanded that anyone who mocks members of Congress online be prosecuted.

Translation: To HELL with the First Amendment right to free speech.

Don’t just take our word for it.  Here’s video of her comments:

ProPublica on Monday publicized posts made by Border Patrol agents in a private Facebook group that disparaged migrants and some members of Congress, such as Democratic New York Rep. Alexandria Ocasio-Cortez.

Wilson then went on to blame President Trump for causing people to lose respect for Congress, the media, and the White House.

Response to her fascist idea was pretty much what you’d expect.

This cretin swore an oath to uphold an defend the Constitution. https://t.co/qZTahJ9vlU

Does that mean everyone who mocks Republicans on social media should also be prosecuted?  If that’s the case, half the country will end up in jail.

Note to Frederica Wilson: There’s a reason we have the First Amendment.  If you can’t handle Americans exercising their God-given rights, then you shouldn’t be in office.