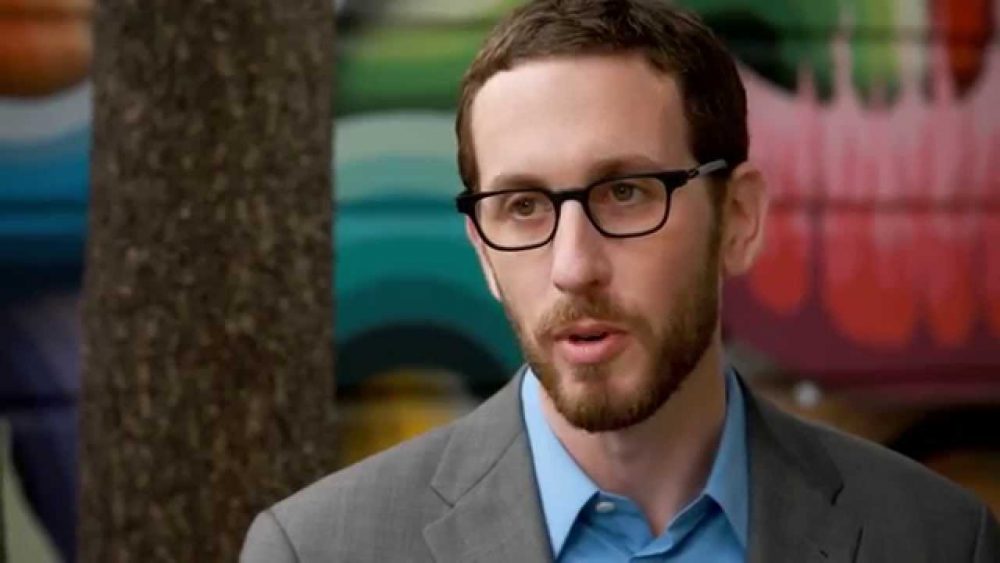 Last Friday, Sen. Scott Wiener (D-San Francisco), introduced legislation to allow illegal immigrants to run for official Democratic Party County Central Committee and State Delegate Seats. According to Wiener, “SB 288 would allow for Dreamers and other immigrants to appear on the ballot in order to run and serve on California Democratic Party Central Committees and as State Delegates to the Party.”

The timing of Wiener’s bill is suspicious since the Supreme Court just announced Friday it will decide if the Trump administration plan to end the DACA program for 700,000 young illegal immigrants can proceed. DACA, created by Executive Order, is the Obama-era “Deferred Action for Childhood Arrivals.”

“The justices announced Friday they will hear oral arguments on the appeal in its next term, which begins in October. A ruling is expected in the presidential election year, putting the high court at the center of one of the most politically charged issues,” Shannon Bream at Fox News reported. Bream is an attorney.

The Trump administration announced in 2017 its plan to end DACA, and was immediately challenged in federal courts in New York and California and blocked by judges.

Dreamers, Democratic Party leaders, and immigrant rights advocates rallied to announce the introduction of Senate Bill 288. SB 288 would make it legal for Dreamers and other immigrants to run for California Democratic Party County Central Committee seats and for California Democratic Party Delegate positions. It is currently impossible for Dreamers and other immigrants to register as Democrats and thus run for these positions. A “Dreamer” is an individual born in a foreign country who was brought to the U.S. by family or others as a minor and subsequently raised in this country. Many have obtained college degrees, served in the military, and become active participants in their communities. These outdated and discriminatory rules that prohibit them from fully participating in many aspects of civic life have no place in our democracy.

“As our immigrant communities face vicious attacks from this President and his administration, California must embrace, lift up, and empower immigrant voices and leaders,” said Senator Wiener. “Immigrants contribute to our economy, culture, and civic life. They’re already leaders in our communities and should have a seat at the table. The Democratic Party will continue to lead as the party that embraces all communities, and this legislative fix will help keep us on track.”

While existing law does not explicitly require that CDP delegates and central committee members be U.S. citizens, it does specify that, in order to be elected to a position within the CDP, a person must already be registered or affiliated with the party (Elections Code §7209). Registered voters’ party preference is shown on their affidavits of registration at the time they register to vote. Since the affidavit must show an individual is eligible to vote, and non-U.S. citizens are ineligible to register to vote, Dreamers and other immigrants are unable to run for delegate or central committee seats in the CDP.

SB 288 allows Dreamers and other immigrants to take on both state and local leadership roles in the CDP. This important measure will help ensure that, in a party committed to empowering and expanding the rights of immigrants, the Dreamer and immigrant perspective can be present and a part of the Democratic Party.

“I am a proud immigrant,” said Sarah Souza, a Dreamer, member of the San Francisco County Democratic Party Central Committee, and President of the San Francisco Latino Democratic Club. “I am American in every way except for documentation. I dream of the day I become a citizen and register to vote. Meanwhile, I want to pave the way for all immigrants to fully participate in the California Democratic Party regardless of citizenship. SB288 is an opportunity for California to truly stand with immigrants; representation is crucial to advancing immigrant justice. Immigrants are the bedrock of California. Therefore, it is time for immigrants to have a seat at the table. California’s non-Citizen population is more than 5 million of the more than 38 million residents of California, and the California Democratic Party is stronger when we utilize the talents of all our residents. SB288 will set an important precedent in the history of California by allowing all Californians to have the ability to represent themselves.”

An estimated 200,000 Dreamers live in California alongside a broader immigrant population of over 2.5 million. Although current law excludes Dreamers and other immigrants from taking on leadership roles in the Democratic and other political parties, a variety of related policies have aimed to better include them in other settings. In 2018, Governor Jerry Brown nominated Lizbeth Mateo to serve as an education advisor. Upon confirmation she became the first-ever Dreamer to receive a statewide appointment. In early 2019 the Chair of the San Francisco Democratic Party, David Campos, appointed a Dreamer, Sarah Souza, to serve on San Francisco’s Central Committee. Recent legislative actions have also expanded Medi-Cal and other public benefits to many immigrants. Activists and policymakers affiliated with the CDP have been on the forefront of these changes, and there is a broad appetite within the party to better incorporate the perspectives of Dreamers and other immigrants into the political process.