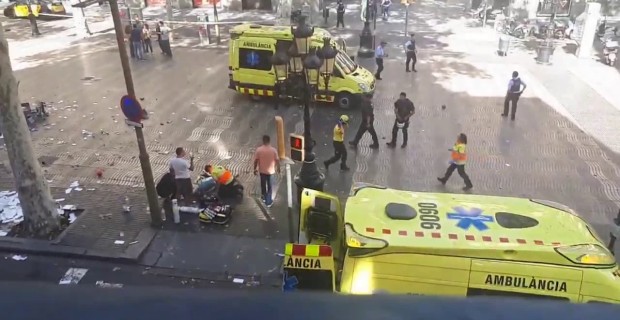 New stats from Europol covering 2018 emphasize once again how jihadist and left-wing terror is the biggest threat, with jihadists being responsible for 24 attacks, left-wingers 19 attacks and right-wingers just one attack.

While political extremism, whether it be religious, left-wing or right-wing, should be equally condemned, the figures continue to illustrate the clearest danger.

The vast majority, 83, were ethno-nationalist and separatist – most of these tend to be small-scale attacks carried out by groups like ETA in Spain which don’t cause causalities. 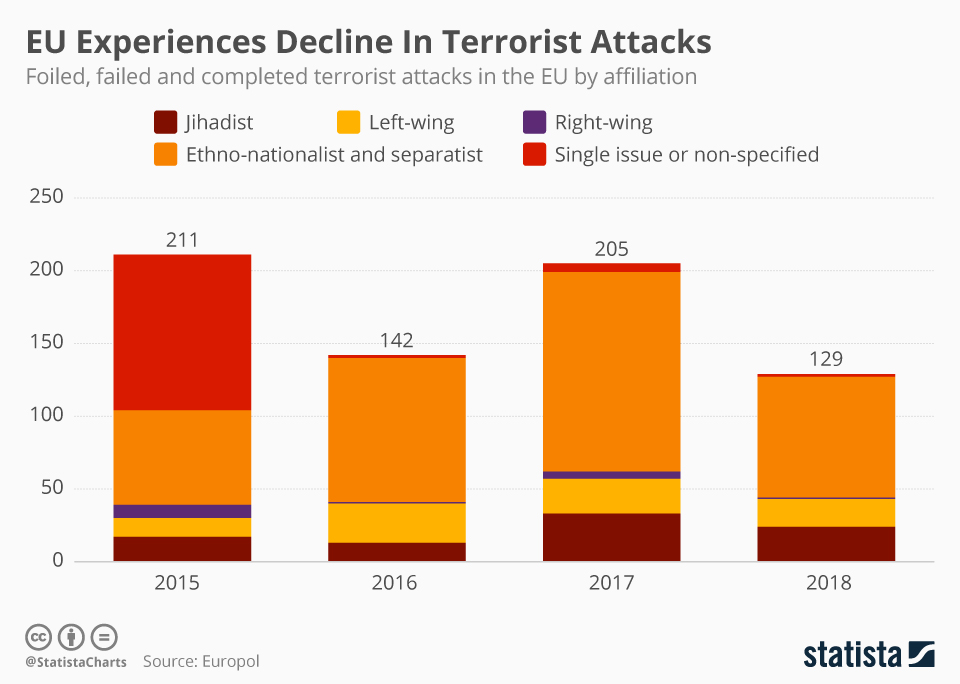 Of the rest, 24 were Islamic jihadist attacks, 19 were left-wing attacks and just one was a right-wing attack.

13 people were killed in terrorist attacks across Europe in 2018, all of them victims of jihadists.

While the numbers are encouraging because they show a reduction in total attacks compared to 2017, the biggest terror threat is clearly Islamic jihadists followed by left-wing extremists.