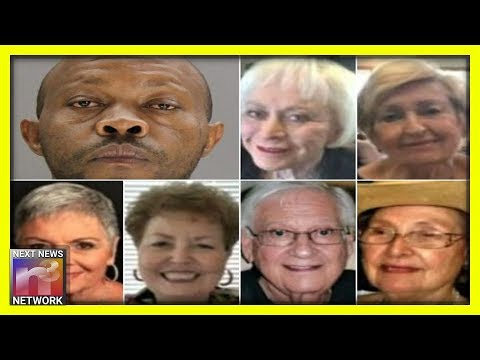 Remember the story of Billy Chemirmir? He’s the illegal alien from Kenya who is charged with murdering 12 elderly women in Texas.

Now Next News Network is reporting that there has been a development and Chemirmir is now officially accused of 6 more murders, bringing the total to 18, while being investigated for up to 732 more.

A new series of lawsuits allege a serial murder suspect’s path of violence through Dallas and Collin counties was even wider than previously believed.

Read the rest at Dallasnews.com

OK, let’s pause for a moment and ask a very important question.

Why is this not national news that is airing on every single network?

I think you and I both know why.

The mainstream media is pushing against Trump’s wall and for massive immigration.

Exposing one of the worst, if not the absolute worst, mass murderers in American history may be worth covering if he were not an illegal alien.

Dr. Eowyn covered part of this story back in May:

100 Percent Fed Up adds the latest:

The deaths of many, many elderly people were 100% preventable!  Our immigration loopholes allowed the fraud that permitted a monster to stay in the U.S. to kill elderly people. The number could be in the HUNDREDS, but so far it is at 12:

LET THIS SINK IN: Investigators are currently investigating about 750 deaths of elderly women to find if Chemirmir could have been allegedly connected to additional murders.

The media has ignored the horrific case of a Kenyan illegal who has already been charged with killing 12 elderly women and is now accused of killing 6 more!

The Dallas Morning News recently broke the news that a separate lawsuit has been filed alleging 46-year-old Billy Chemirmir, an illegal alien from Kenya, killed 6 more elderly people after he’s already been charged with killing 12!

The Kenyan illegal smothered the elderly residents with a pillow after he gained entry into their apartments posing as a maintenance worker. He would rob the victims after he killed them. The families of the deceased were alarmed to find valuables missing after they were informed that their loved one had passed away of natural causes.

The Plano Chief of Police holds a press conference after Billy Chamirmir was arrested for suspicion of capital murder and attempted capital murder:

Breitbart News exclusively reported that Chemirmir first arrived in the U.S. on a B-2 visa — commonly known as a tourist visa — in July 2003. Though Chemirmir was supposed to only temporarily be in the U.S., he overstayed his visa and became an illegal alien who was eligible for deportation. Rather than being deported, Chemirmir was able to use a loophole in the country’s legal immigration system that allowed him to obtain a green card after marrying a U.S. citizen.

Chemirmir has remained in custody since last year on a $1 million bond.

Read the whole report at 100 Percent Fed Up..

If Chermirmir murdered a good percentage of the 750 that they will investigate, we may have the worst serial killer in WORLD, not just American, history and the MSM is not saying a word.

Garavito officially murdered 138. Chermirmir is at least a suspect in 750 deaths.

Let that sink in America.