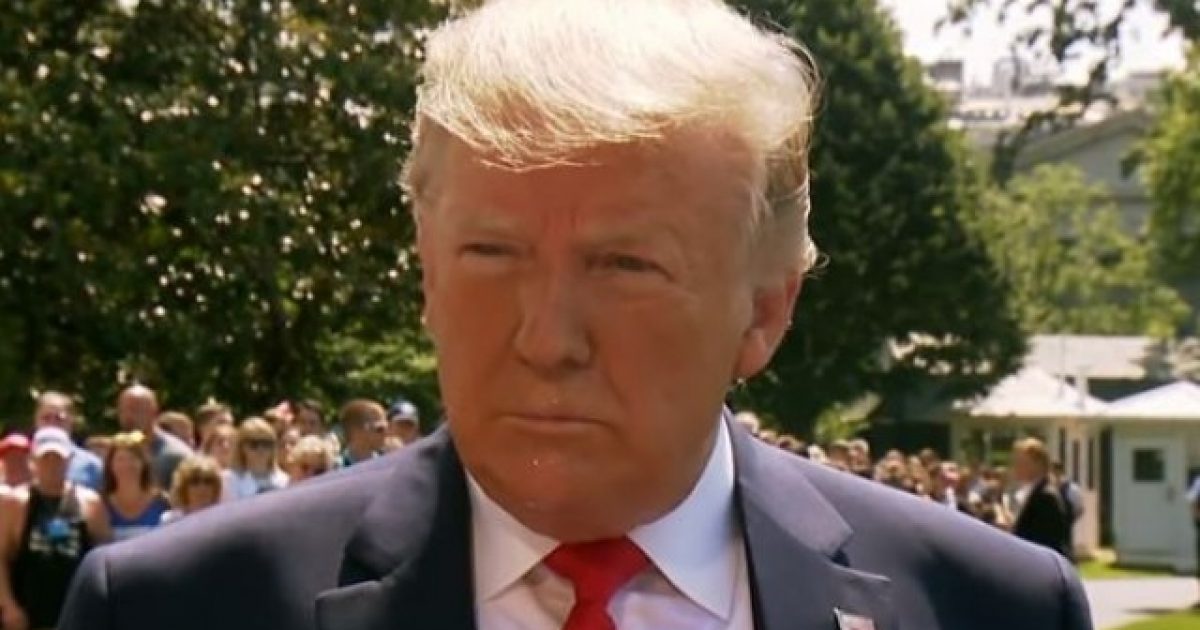 POTUS Donald Trump on Friday pledged to explore a number of ways to add a citizenship question to the 2020 Census following a bizarre ruling a week ago by the U.S. Supreme Court in which Chief Justice John Roberts, writing for the majority, claimed the administration didn’t give a provide a good enough rationale.

In response to a reporter’s question about whether he still planned to include the citizenship question on next year’s census forms, the president said yes, then discussed a number of ways that could happen.

They include waiting for a final Supreme Court decision, adding an addendum to the main questionnaire, and issuing an executive order.

“We’re doing well on the census,” he added.

Q: "Are you going to issue an executive order on the census?"

The president noted that once the administration gets a “positive decision” from SCOTUS, his administration can print an addendum to the main Census package adding the question about citizenship.

“We can also add an addition on so we can start the printing now and maybe do an addendum after we get a positive decision,” he said. “So we’re working on a lot of things, including an executive order.”

As we reported, Roberts, who sided with the court’s four liberals in a 5-4 ruling against the administration, did not say adding the question was unconstitutional. On the contrary; he simply said he didn’t think Commerce Secretary Wilbur Ross provided a decent justification for adding the question — not that he should have even needed to, which was our point in lambasting Roberts over his decision:

On Thursday, Roberts voted with the liberals on the high court in a 5-4 ruling that did not claim the Commerce Department’s decision to include a citizenship question in the census next year was unconstitutional or that Commerce Secretary Wilbur Ross exceeded his authority when it decided to respond to another agency’s request to include it.

Rather, as Roberts wrote for the majority, Commerce just didn’t justify the reason for adding the question good enough. Or something like that.

“The Secretary’s decision to reinstate a citizenship question is amenable to review for compliance with those and other provisions of the Census  Act, according to the general requirements of reasoned agency decision making,” Roberts wrote in his opinion. “At the heart of this suit is respondents’ claim that the Secretary abused his discretion in deciding to reinstate a citizenship question.

“Altogether, the evidence tells a story that does not match the explanation the Secretary gave for his decision.  In the Secretary’s telling, Commerce was simply acting on a  routine data request from another agency,” he continued.

Well, so what? That’s not the question before the court.

No, it wasn’t. But Roberts has a penchant for turning issues into political statements about what he thinks the issue ought to be like he did when he ruled, out of nowhere, that the Obamacare individual mandate to buy health insurance was, somehow, a tax and therefore within Congress’ authority to impose it.

The Left will come unglued, again, when this president and his administration figure out how to put the citizenship question on next year’s constitutionally mandated Census. That’s the one thing this president doesn’t do — give up.