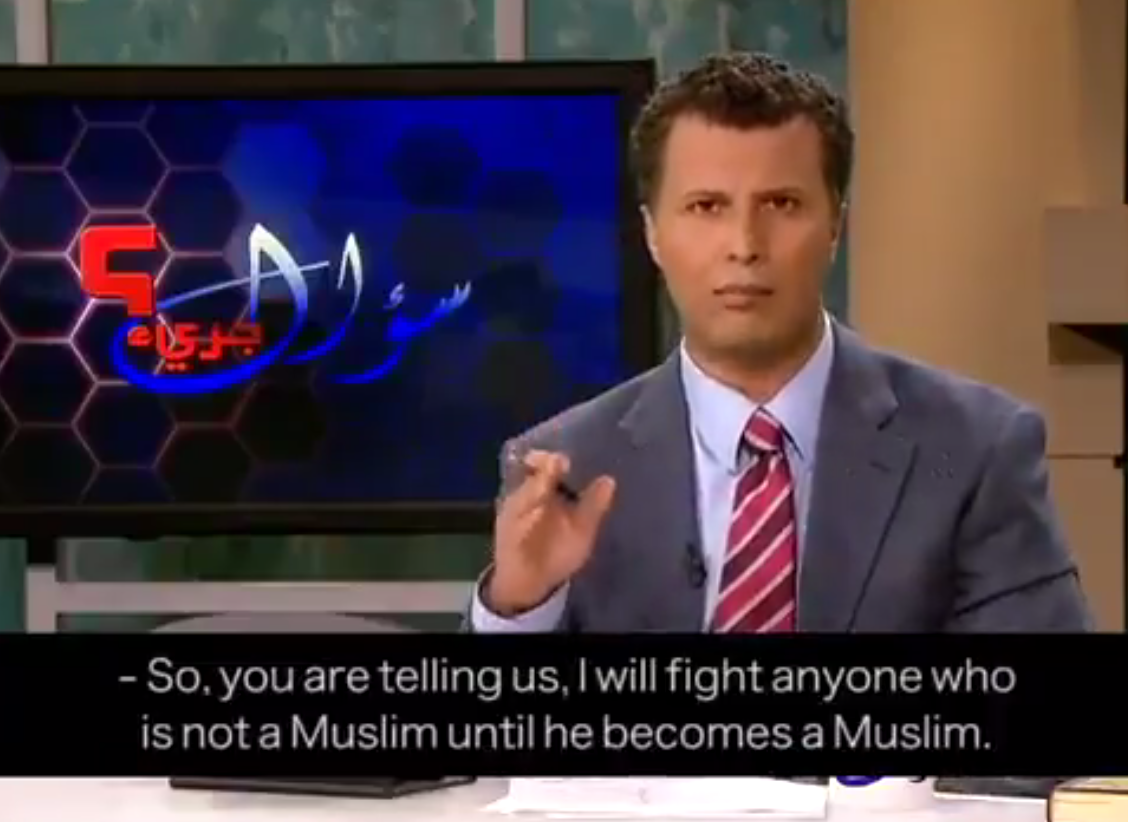 So here you have a Muslim being candid about Islam  on Egyptian (Muslim) television. Never would we see such candor in the Western media. Instead we get left-wing Islamic apologists obfuscating and dissembling the true nature of Islam. It’s a ‘religion of peace.’ And because my colleagues and I shine a light on this, we are thrashed, threatened, libeled.

“I will fight anyone who is not Muslim until he is Muslim.”

For those unfamiliar with the term jizya, Muhammad clearly established that people of other religions have to pay a poll tax to Muslims called the jizya, as a reminder of their inferior status.

(Thanks to the Religion of Peace)

More on jizya here. Today the resurgence of traditional Islam revitalizes the spirit of jihad against the dar al-harb and of dhimmitude for the non-Muslim minorities.

Pamela Geller is the founder, editor and publisher of The Geller Report and President of the American Freedom Defense Initiative (AFDI) and Stop Islamization of America (SIOA). She is the author of Fatwa: Hunted in America (foreword by Geert Wilders), The Post-American Presidency: The Obama Administration’s War on America (foreword by Ambassador John Bolton) (Simon & Schuster) and Stop the Islamization of America: A Practical Guide to the Resistance(WND Books).