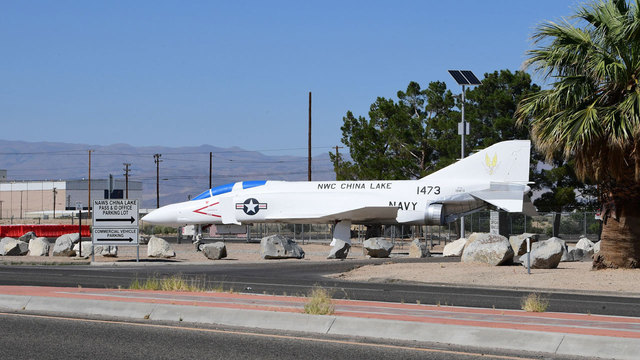 On the base’s Facebook page, officials said personnel were in the midst of checking for any infrastructure damage following Thursday’s 6.4-magnitude temblor. Around 8:19 p.m. Friday, the 7.1-magnitude quake struck about 11 miles north, northeast of Ridgecrest.

“NAWS China Lake is not mission capable until further notice; however, security protocols remain in effect,” the post said.

The base also evacuated active duty, drilling reservists, civilian employees and dependents. The post directed all of those personnel to head to Naval Base Ventura County, which is about 100 miles away.

China Lake supports research, testing and evaluation missions for the Navy, according to military.com.

The strong quake sent shockwaves throughout Southern California. Dr. Lucy Jones, a seismologist with Caltech, said the massive temblor was considered the “main event” and that Thursday’s 6.4-magnitude quake was a foreshock, which is an earthquake that precedes a much stronger one.

A fire official said there were no fatalities or major injuries in Ridgecrest following the earthquake, but Gov. Gavin Newsom declared a state of emergency for San Bernardino County.