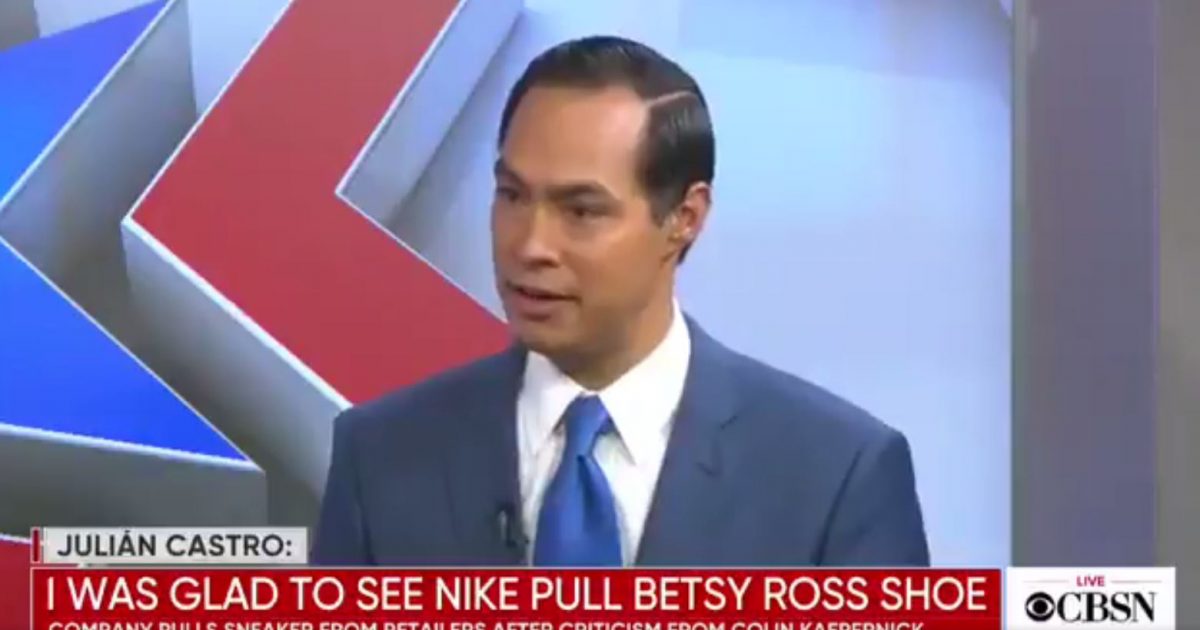 On Wednesday, Democrat White House hopeful Julián Castro showed America just how ignorant he is of American history when he praised Nike for its decision to pull shoes featuring the Betsy Ross flag and compared it to the Confederate battle flag.

According to Castro, the flag first made by Betsy Ross is “painful.”

“I was glad to see that,” the former Housing and Urban Development Secretary said on CBS News about Nike’s decision to scrap the Betsy Ross design, the Washington Free Beacon reported. “And my hope is that they didn’t just do it to do it — that they understand the significance there.

“Look, there are a lot of things in our history that are still very painful — the Confederate flag that still flies in some places and is used as a symbol,” Mr. Castro continued. “And I believe that we need to move toward an inclusive America that understands that pain — that doesn’t wipe it away from history in the sense that it still belongs in a museum, or we need to read about it and understand the significance, because that’s how you learn and make sure that we don’t make the same mistakes in the future — but does not glorify it, does not celebrate it.”

Apparently, Castro thinks that the original U.S. flag, carried by George Washington’s troops during the Revolutionary War, needs to be relegated to the museum and forgotten.

Julian Castro agrees with Nike pulling Betsy Ross American flag shoes.
Then goes on to suggest the flag was a painful thing.
"There are a lot of things in our history that are still very painful. The Confederate flag that still flies in some places…" pic.twitter.com/DJs3ZnZD4P

In fact, Castro would have us forget all of American history.

Let’s face it.  Democrats HATE America with a passion and they are out to destroy it.  This is why every single Democrat running for office in 2020 MUST be soundly defeated.