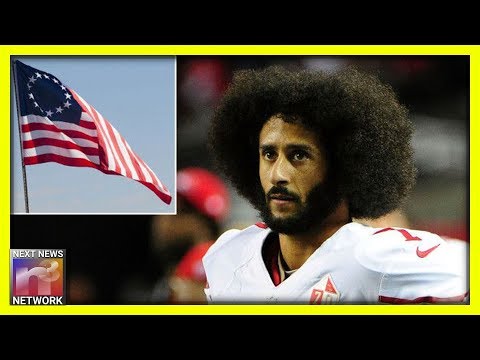 A single store in Philadelphia is now selling over 1000 Betsy Ross Flags per day, after Kaepernick’s latest hissy fit.

Yes, I did say PHILADELPHIA:

Philadelphia is the Democratic stronghold of the state, often delivering huge margins for the Democrats in statewide elections. Other urban areas, such as Pittsburgh, lean Democratic as well. Like most states, Pennsylvania’s rural areas tend to be more conservative and support Republicans.

Today’s Next News video gives a huge clue on how America is really starting to feel about the Democrats and all of their senseless shenanigans.

A popular flag store in Philadelphia, Pennsylvania was selling about six Betsy Ross flags a day. Then Nike and Colin Kaepernick attacked this symbol of American greatness.

Now the company is selling 1,000 Betsy Ross flags a day.

Again, this is happening in a known Democrat stronghold and that is the most impressive part of the story.

Liberal voters are growing tired of casting their votes for lunatics that foment violence and hate.

The people of Philadelphia are proud of that flag and the rich history that goes along with it.

Colin Kaepernick certainly won’t be getting a call from the Philadelphia Eagles any time soon.

Kaepernick was a solid quarterback in the NFL that couldn’t keep his mouth shut.

There are a lot of solid, but nothing special, QBs in the NFL that will work for less money and not cause a huge stir in the process.

That is why Kaepernick does not have a job. It has nothing to do with his skin color.

But for as long as the Extreme Liberals think they can use him, he will keep selling apparel and novelties for Nike’s competitors.

This is what happens when companies alienate customers by putting questionable politics before outstanding products.

That is the world we live in.

I’ll never buy from Nike again and there are many like me.

I wonder if that flag store in Philly dropships?